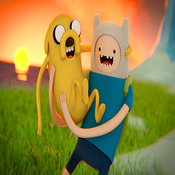 By FinnJake
3 comments
This never-before-made set is based off of the iconic final duel from Star Wars: Return of the Jedi, where Darth Vader turns on the Emperor and clears his name. This set includes Luke, Darth Vader, two Royal Guards, and the Emperor. It is highly detailed and accurate to the scene, including the area underneath the throne (where Luke ambushes Vader after the "sister dialogue"), the collapsing platform (where Vader throws his lightsaber and knocks it down), the elevator (that takes Luke and Vader to the Emperor), the balcony that Vader throws the Emperor from, and the Emperor's conference room. The set also includes the Emperor's lightning and many other details that make this set unique and a really good addition to any fan's LEGO collection! The open top makes it easy to access the features of the set as well. It has 599 pieces, and would cost $70, which is about 12 cents a piece. Support this if you want to see this made as an actual product!