Saved by the Bell 25th Anniversary - The Max 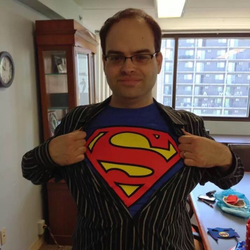 If you grew up in 80's or 90's, chances are you followed the exploits of the gang at Bayside; Zack, Kelly, Screech, Lisa, Slater, and Jessie. You watched them go through high school, graduate, and go to college. You scratched your head when the school magically moved from Indiana to California. You learned about the dangers of caffeine pills, how to win a dance contest with sprained ankles, and Zack Morris 5-minute rule. Some of these have even  become embedded in our collective cultural knowledge.

Therefore, what better way to commemorate the 25th anniversary of Saved by the Bell's start, then with a dedicated Lego set?

I have put together two sets, this one being the favorite hangout of the gang: The Max. I have tried to recapture as much detail as possible, from the arcade machine to the floor patterns.

I tried to be as cognizant as possible of both the house rules and what I know about existing Lego sets on the shelves. Of course, all the pieces come from available pieces and nothing new is needed save for outfit prints. Namely, I wanted to keep the price reasonable and accessible, $34.95 or less. The piece count is at 510 now, but once refined should be reduced, though how low I do not know at this point. Also, based on existing sets and prices, I chose to limit the set to 4 minifigures.

How do you choose just 4 characters from an ensemble cast? It's not easy. I felt that Zack and Screech are central to Saved by the Bell, so I included them. I also knew from the start that it would cool to include Screech's robot buddy, Kevin, and I had a build that I was pleased with I included him. Last, I wanted diversity and a female minfigure in the set, so included Lisa. I also included her because of her epic win in the dance contest at The Max, which could be re-enacted in this set.

I'll be the first to admit that the minifigures need work. I was limited by Lego Digital Designer's options. Overall, the finished minifigures would have flesh tones. I am pretty happy with Zack and Kevin. Screech's outfit needs, as does Lisa's, possibly giving her a cloth skirt as many of the reference pictures I found had her in a skirt. It's also possible that if Kevin is not considered a minifigure, that another character could be included in the set. I would total choose Slater, and you can get an idea of his appearance in my other set.

So what is the appeal with this set? Well, as I mentioned before, Saved by the Bell is a cultural icon for people from their 20's-40's, and even younger generations who have been introduced to the show through re-runs. Also as I mentioned, it is 25th anniversary, so this would a neat little way to commemorate it.