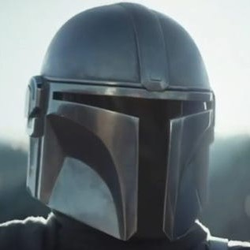 If you have seen Disney's Atlantis the lost empire movie( if not, then go watch it), then you will like this. What I have here is the digger that Gaeton Moliere drives when they are in the caves on the way to Atlantis. Forgive me but one of the pictures are not mine, I just borrowed a picture from the movie to show what it really looks like. I loved this movie from when I was a kid, My favorite part was when Milo meets mole, you know when he "disturbed the dirt". It would be great to have a collection of Lego Atlantis the lost Empire sets, or just this one.

My thoughts for this are that i think this would make a great set for all ages ( not for 3 year olds, unless they do Duplo sets ). One setback is the back wheel's, they don't move unless you put pressure on it. I kind of got the idea when I watched the show then I started thinking of building it (it's my favorite vehicle in the movie).The function's i put on mine are obviously the drill and the chain on the back. The chain is for towing other cars, like Milo's for instance( because he never learned to drive).forgive me, I borrowed the drill idea from the Power Miner's Thunder Driller set for the one I made, I don't really know how the drill works in the movie.

I really hope this gets 1000 support's