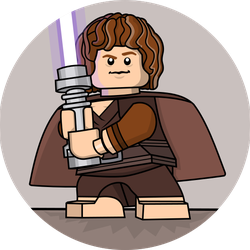 The Villains are out for revenge! They’re threw with the Space Police and their unprofitable rules and are making the fight personal; targeting and attacking the homes of the most important Space Police officials. The Space Punk (Squidtron), The King of the Jawsons (Paranyard), and their Mob Boss leader (Brick Daddy), assemble a group of battle droids in an attempt to end the rule of the Space Police force! Have the villains break into the house through the exploding wall; or sneak them in through the skylight window. Arm the Space Police official with weaponry from his secret gun-closet. Can the Policemen protect the top-secret files on his desktop computer? Or will the Super Villains succeed with their evil plans? Are the Space Police ready for such a well-planned attack on their own living quarters? Or will the hi-tec house even survive the battle? This is the last stand for the Space Police! Only you can build the adventure!

This set is a large, new-style house, furnished with fancy furniture, appliances, and all the works. It includes a Space Police theme with hi-tec. computers, lights, a gun closet, and a Launchpad garage! Built with six rooms, (a living room, kitchen, garage, office, bedroom, and balcony), and accurate details (a dishwasher, fridge, blender, drawers, sink, TV, chairs, fireplace, bed, nightstand and chest of drawers, etc.), this is a perfect house for any Lego Minifigures. It also includes a skylight window and an exploding wall entrance. Built for play, the top floor comes off easily and the whole house opens in half. It also comes with 8 Minifigures: Brick Daddy (The Mob Boss Billionaire), Squidtron (The Squidion Space Punk), Paranyard (King of the Jawson henchmen), a Space Police soldier, a Space Police Service Droid, and three Battle Droid attackers! Being perfectly designed for displaying or playing with, this Lego Set has something for everyone!

It works great as a fancy house for any Minifigures!