In Avatar 2: For work, combat and stomping through Pandora's rainforest and in its deeper ocean, the humans gear up in Amplified Mobility Platform MK9 (AMP v9) suits. These armored exoskeletal vehicles are very similar to the Armored Personnel Units featured in The Matrix Revolutions and the power loader in Cameron's own Aliens, but with an enclosed cockpit which being resistant to high pressures during deep dives. From this perch in the machine, the movements of a human operator's arms and legs are translated to the suit's exterior limbs and "amplified." The operator swings his arm several inches, and the AMP's corresponding giant metal arm scythes a 10-foot arc. "The super hydraulics (built by Mitsubishi) are all very strong so [the AMP v9 suit] can crush buildings and do all the things that, like, a tank could do." The Herculean strength granted to the AMP suit's operator lets space marines tote giant 30-mm autocannons, firing harpoons and four torpedoes into battle as easily as one might carry a rifle.

This exoskeleton suit that can let soldiers lug around heavy equipment—as well as bigger guns—while aiding in rescue work, construction and exploration, was created by Japanese researchers at a company called CYBERDYNE (a name shared by the fictional firm that creates Skynet in Cameron's Terminator franchise) .

The mark 9 version of the AMP has new features such as a multi-directional propeller, eight water jet engines for maximum precision and more speed in the movement of arms and legs in water. The shoulders are equipped with a front-back rotation for more amplitude and power during blows inflicted in ground combat. The knee is hinged at two points in order to fully fold the leg.
This model is composed of 468 Lego bricks, it measures 18 studs wide ( 14,50 centimeters ) and 28 studs height ( 22,50 centimeters ).
Optional in this project, there are the weapons of this exoskeleton composed of
a rack, bayonet and machine guns with four missiles and two harpoons. This set consists of 104 Lego bricks. 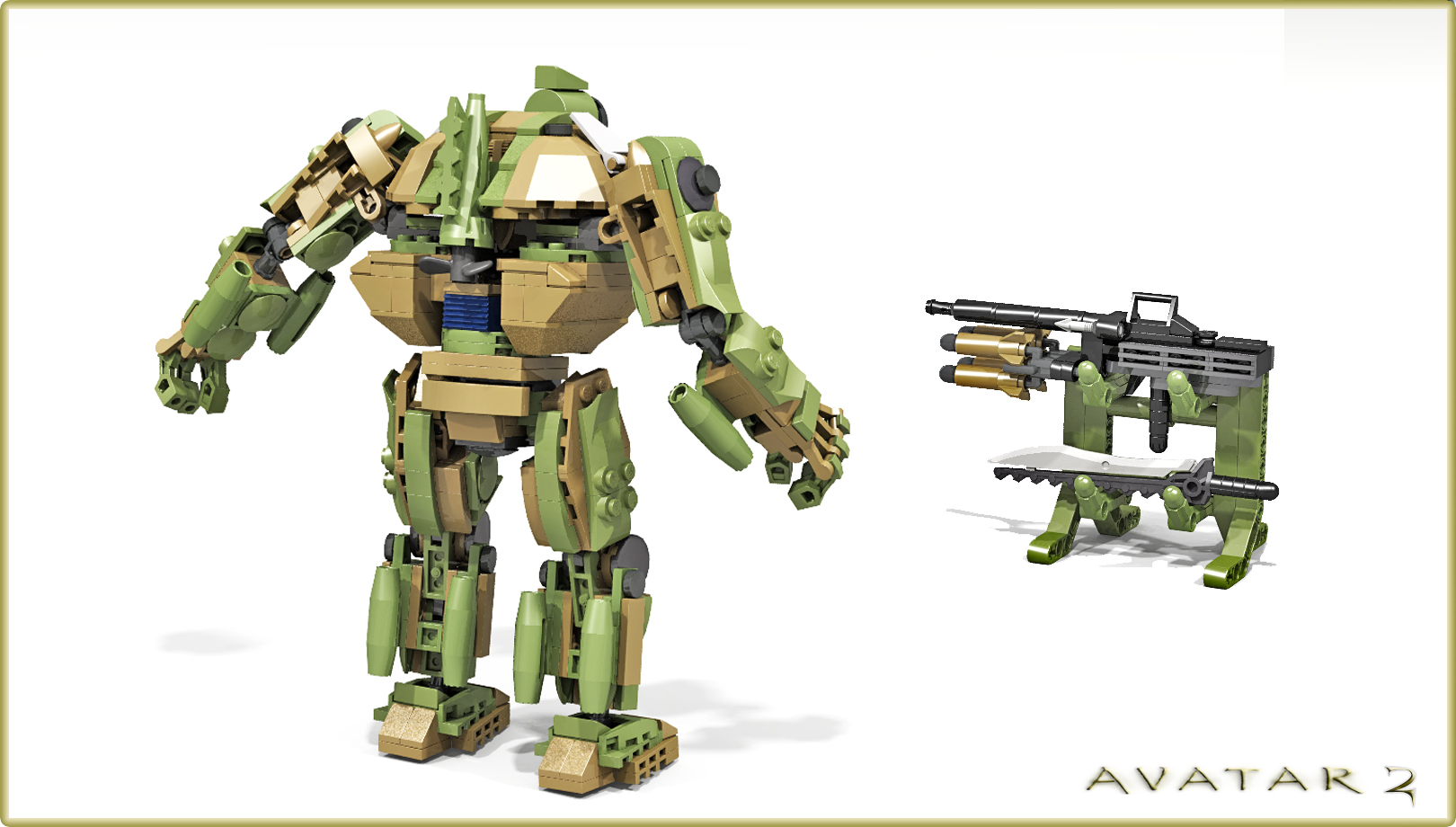 "Movies like Avatar are good to get us thinking about the possibilities," says David Audet, leader of the Soldier Mobility and Mission Enhancement Team at the Natick Soldier Research Development and Engineering Center in Massachusetts that has a point role in developing XOS. And while there is "a lot of Hollywood going on" with the AMP suit, it suggests the immense logistical work that such devices could render and serves as, Audet says, "an example of a foundational platform that with very little modifications can perform a large suite of attacks." 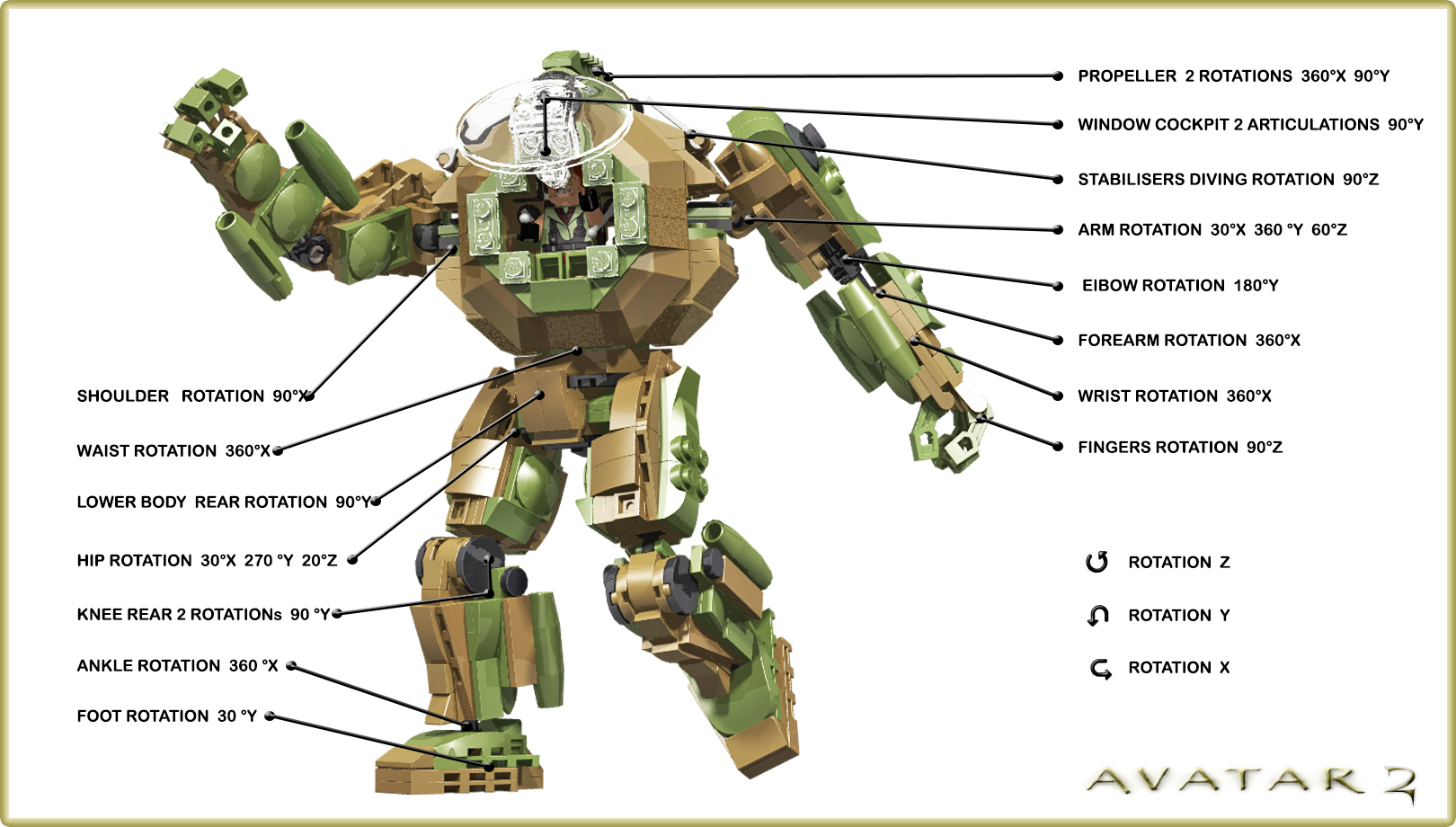 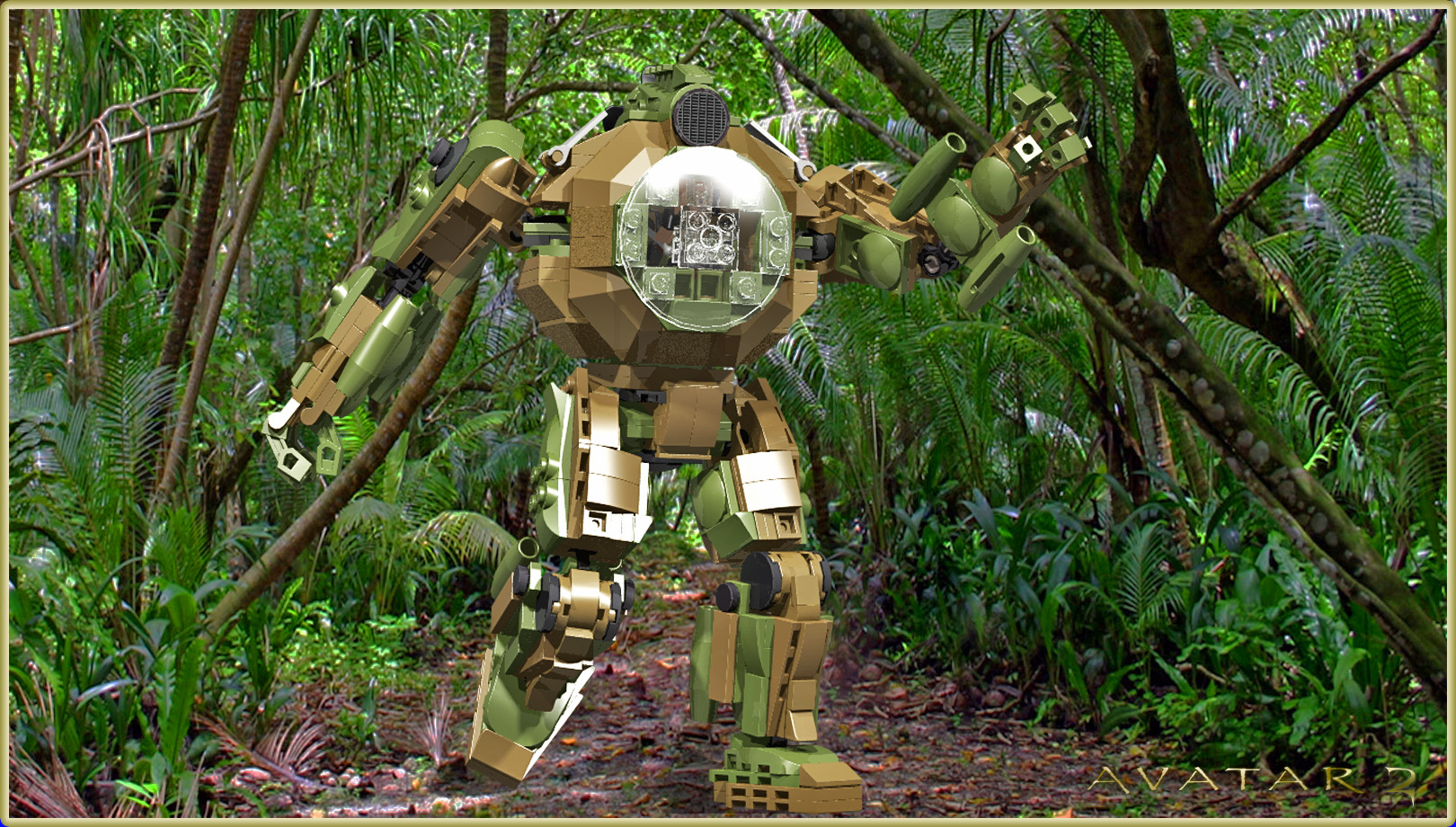 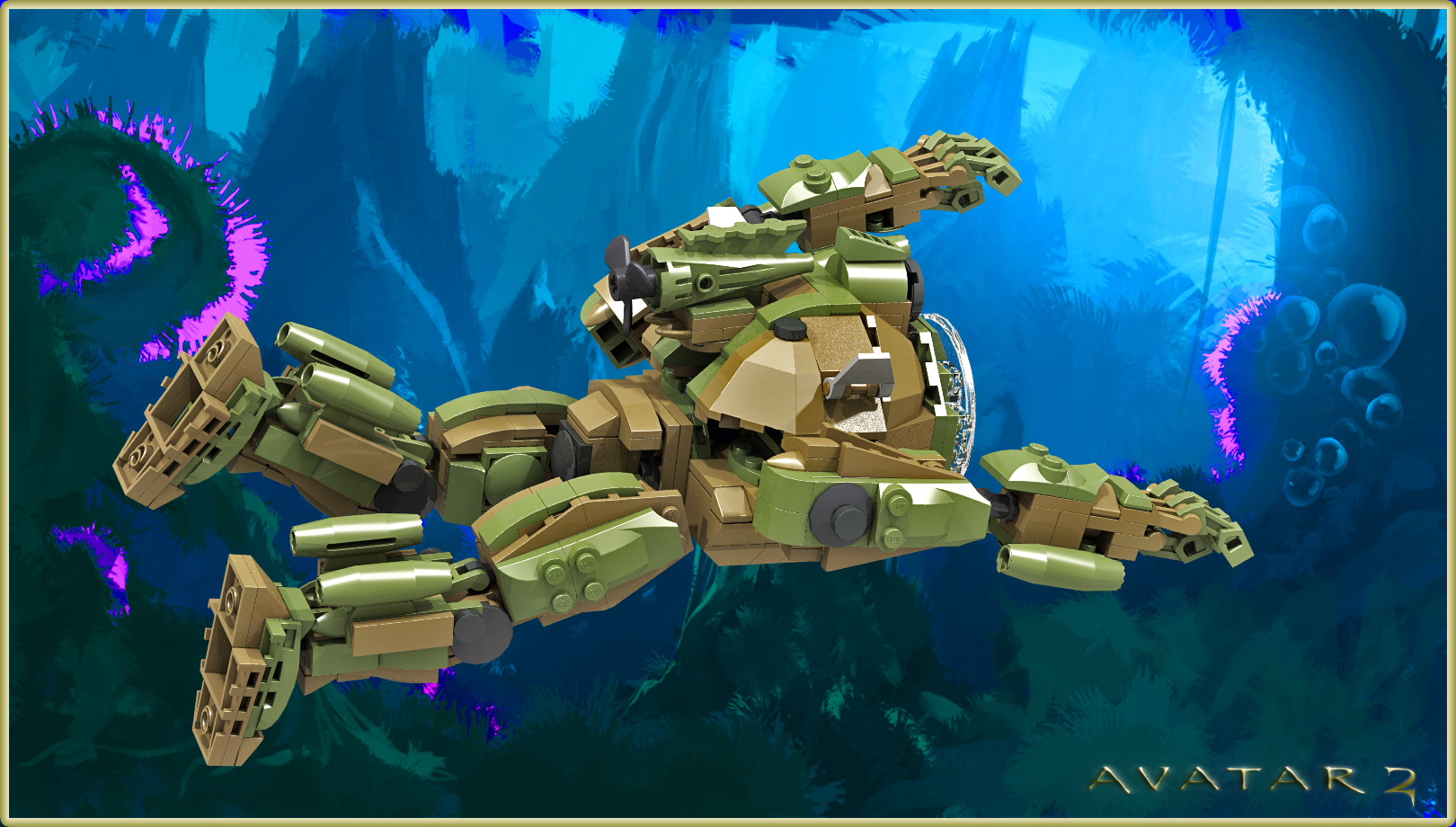