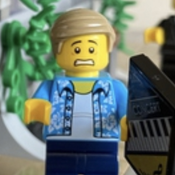 By J_Parry
84 comments
Philip Pullman's "His Dark Materials" trilogy is a much loved modern literary classic. In the first book "Northern Lights", we are introduced to Lyra and her home Jordan College, Oxford. In this alternate reality people's souls are manifested as deamon animals. Before children hit puberty, their daemons can change their animal form. When they reach adulthood their daemons settle. The reason for this is a mystery which many are desperate to solve.
Northern Lights has been adapted into a movie called Golden Compass (the American title of the book) and more recently into a BBC/HBO television series. As a fan of the trilogy I think these books lend themselves perfectly to being recreated in Lego. Due to the range of interesting characters and locations.
Set includes 8 minifigures:
Inside Jordan College there is Lyra's bedroom where (when she isn't running across the rooftops with Roger) she dreams about leaving the college and travelling to the North. The kitchen where Roger works with the cook and other staff. The classroom where Lyra takes her lessons (when she feels like it). The Masters room makes use of a light box to create a 'photogram' projector that Lord Asriel is using to show the Master photograms of his latest discovery regarding the Northern lights and Dust. Architectural features include a statue of the founder of Jordan College and his daemon and rooftop statues of a stag and eagle daemons. There are also a number of other Easter eggs that fans of the series may recognise.