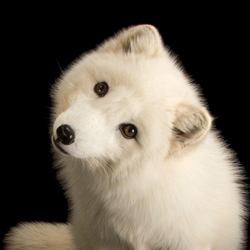 Baffin Arctic Foxes
14
211
days left
In this updated set, I have two different versions of W & G: one with articulation/joints for posing and one without, for more streamlined look. I've seen a couple of W & G Lego Ideas submissions which were never realized (expired) so I think it's time they have moderately big and detailed Lego figurines.
Gromit is one of the main characters in Nick Park and Aardman's beloved stop-motion claymation series: Wallace & Gromit. He's a sensitive, loyal, rational and intelligent dog (graduated from Dogwarts University with double first in Engineering for Dogs, quite an accomplishment) with a genuine connection to his pal, Wallace.
Wallace is a cheese loving (especially Wensleydale, obviously with crackers) eccentric inventor who loves to create sophisticated contraptions that often do not work as intended. As a bonus, there are couple of poses of him displaying his initial transformation to the Were-Rabbit.
Thanks for your support, lads!
14
211
days left