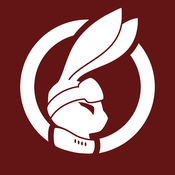 By noblebun
203 comments
"The younger sister to America's renown Pilot Juna, Luna Merev enters the Starpoint Series with a considerable weight of expectation upon her shoulders. One of the very few pilots to qualify without the support of a National Team, Luna stands as the first Freelance representative of Colony One.
Drawing from her expertise as an Emergency Medical Pilot, Luna has customized her V-X Vera specifically for the harsh environment of Starpoint's Lunar and Orbital circuits. While many have criticized the vehicle's theoretical performance on planetary circuits, others have speculated that Luna may be shooting specifically for a win on her home circuit above Colony One."
Designed according to a refined iteration of SNOT (Studs Not On Top) which I refer to as NOSE (Not One Stud Exposed), this model blurs the line between LEGO and non-LEGO. The model is designed to deliberately force viewers towards a "double-take" when they realize that the model is, in fact, composed of LEGO parts.
Imagine the shock-and-awe value of having such a pristine and refined model on display in your own home or office. The V-X Vera boasts immaculate lines, precision detailing, and intensive engine work which is sure to stagger any who gaze upon its sleek white hull.
In the coming years of the nearing future, perhaps the nations of the Earth might bend their technologies towards the manifestation of marvelous machines which push the limits of human ingenuity and performance. The V-X Vera represents one such potential machine - a hypothetical racecraft, ready to set record times on any spacefaring circuit. Do you desire such an asset for your own? Then you need only click the support button.
Technical Data:
Part Count: 2886 (file available upon request)
Dimensions: 70x37x15 studs, or approx. 22x12x5 inches.