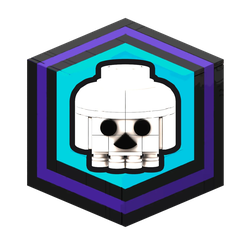 Super Smash Bros Melee has been a favorite game of mine for a long time. The build is of Final Destination, the last stage in Melee's single player mode, and the final boss is Master Hand. It's a simple build; you can see a timelapse video of its construction here:

If this project is chosen, I would rather have minifigures of the characters than the miniland scale I chose for Samus. It would be cool to have the whole roster as minifigures.