This is my eleventh set of CHIBO'S. This time featuring full team of The Avengers.

These would look great on display or great for play, so hopefully will appeal to both adult collectors as well as kids.
I have packed in as much articulation and details into these little guys as I can to make them super pose-able, fun and interesting to build.
Each stand can be displayed separately or attached together. 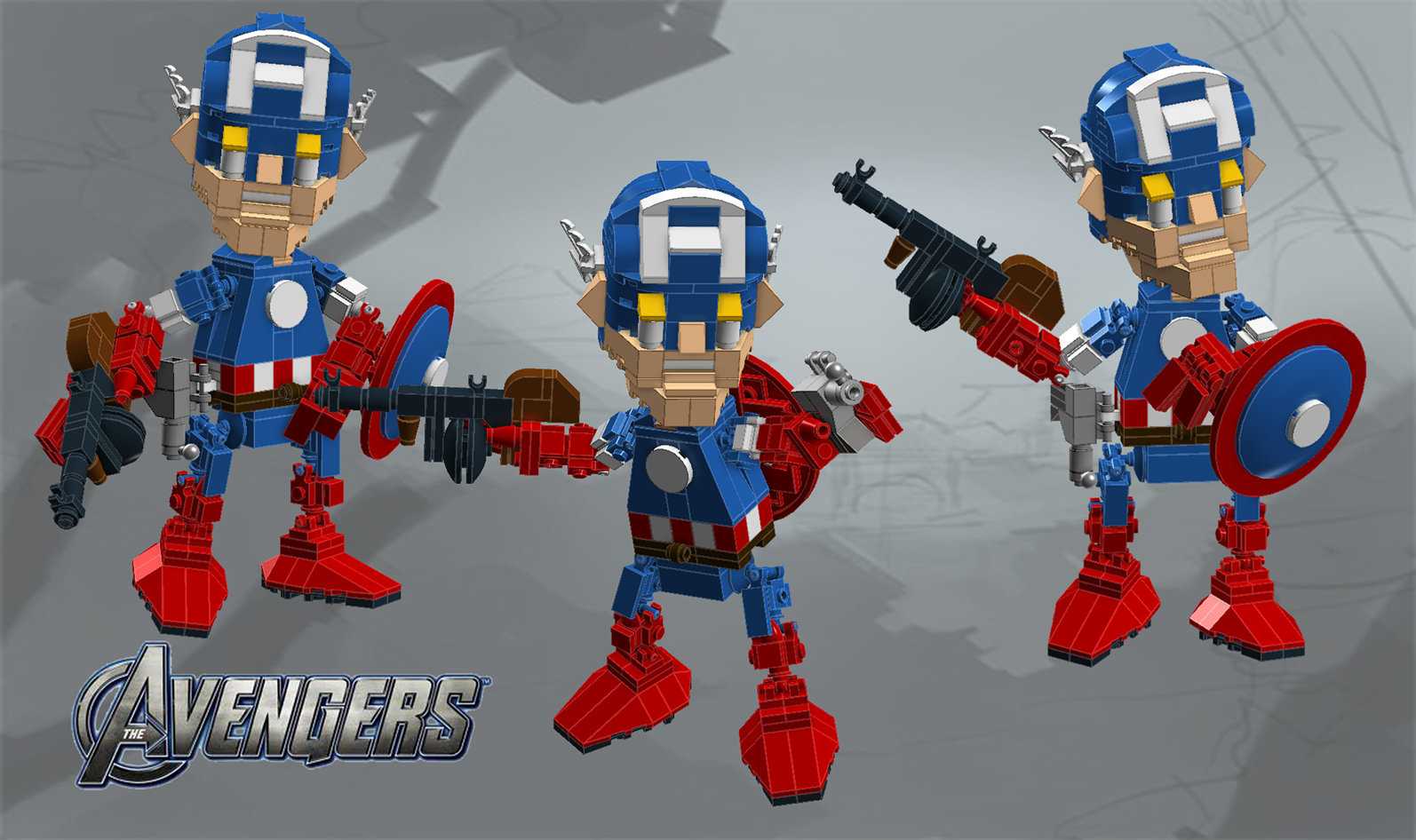 Each CHIBO is fully pose-able and features full articulation of all parts- a ball jointed neck/head, full 360' movement on shoulders, elbows, hips, knees and ankles, as well as rotating wrists and pose-able fingers.

Each one comes with their weapon or weapons of choice. 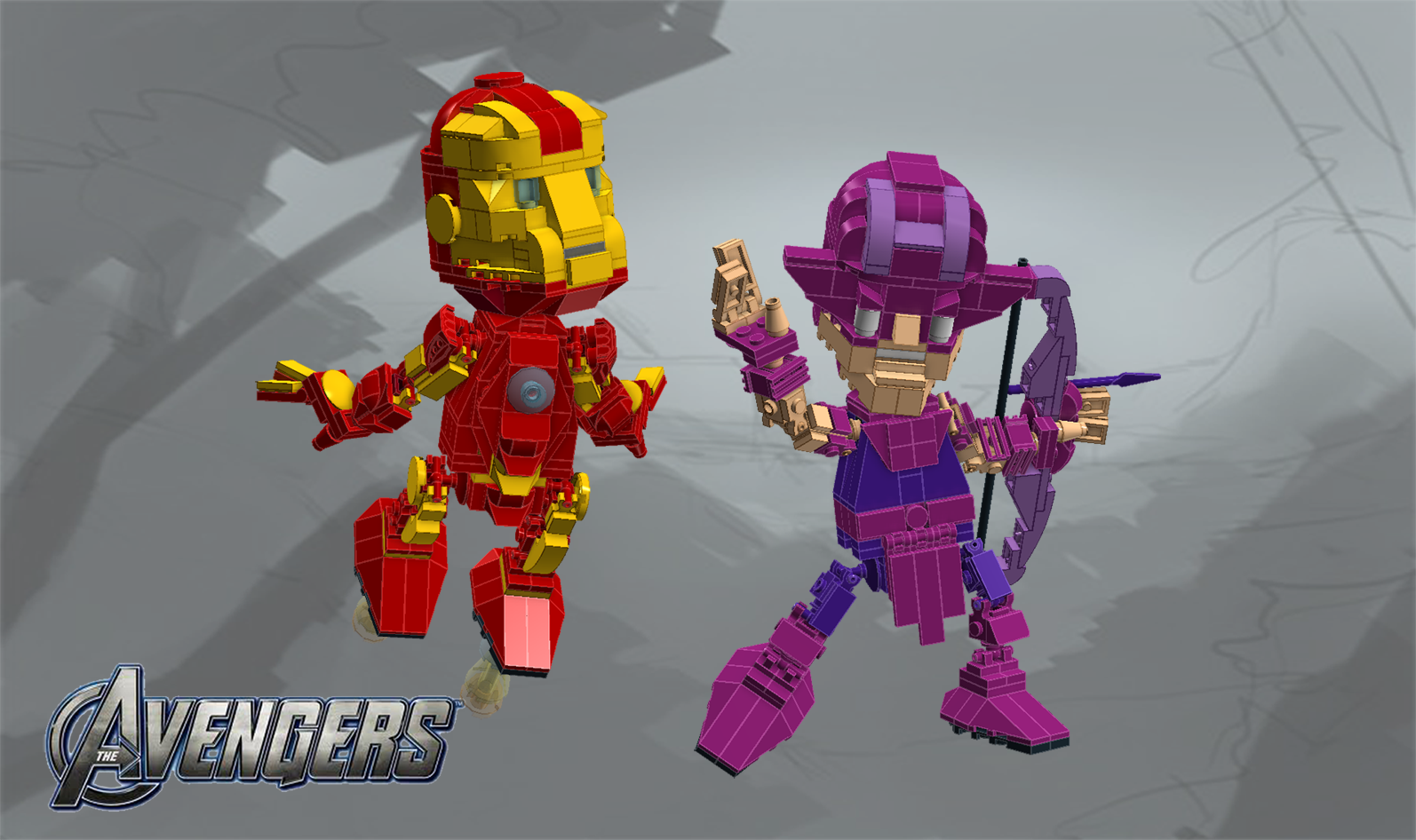 Hawkeye comes with his bow and arrows as well as a quiver on his back.

Iron man has blaster attachments for his hand and chest repulsor blasters and jets for his feet as well as repulsion flap on his back. 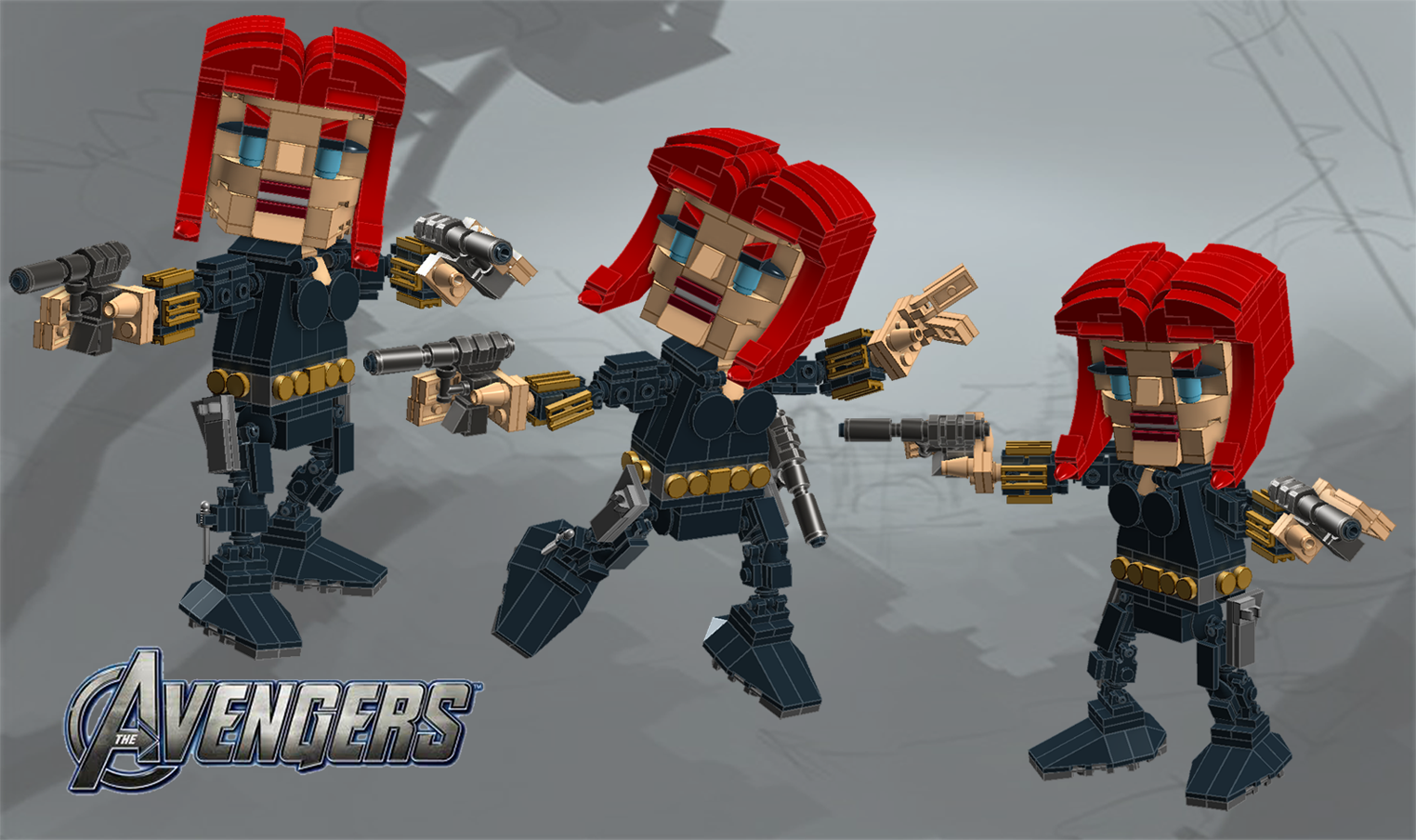 Black Widow has 2 hand guns as well as a knife on her ankle. Both guns can be attached to the holsters on her side. 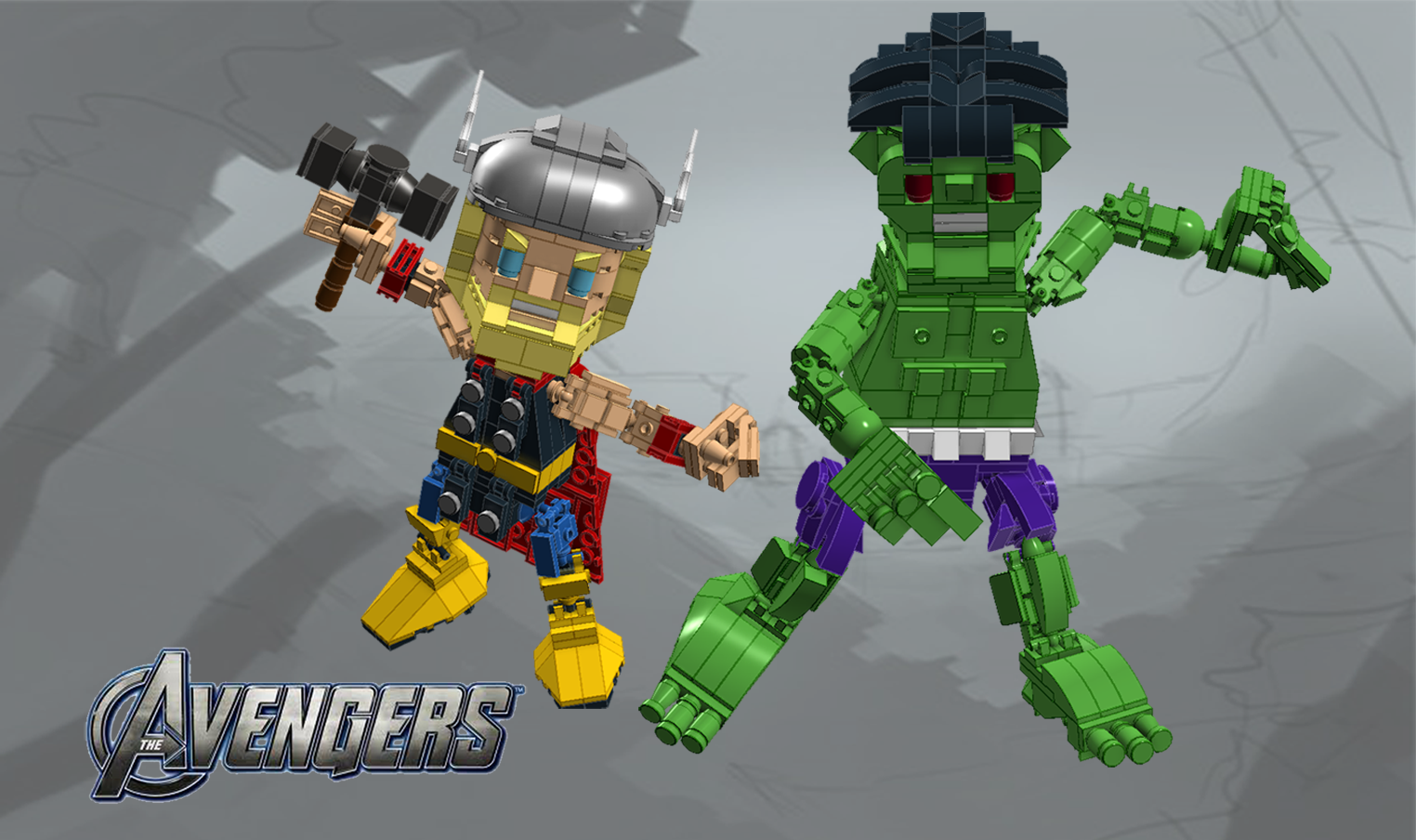 Thor has his Hammer (Mjölnir) also made a beardless helmetless Thor portrait. If you want me to post it let me know.

Hulk, well he is the Hulk and needs no puny weapons.