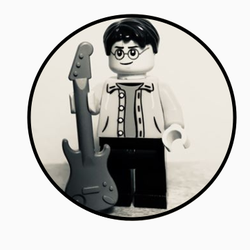 This is a cross-section recreation of the famous 16th century Globe Theater, created to host many of Shakespeare's plays. The model's main features include a full-sized stage, a winch and string (which can be retracted by a dial on the back) and a trapdoor, commonly used in plays for things like the sudden entrance of characters such as the Ghost of King Hamlet.The stage boasts a portrayal of the painted ceiling of the theater, referred to by the crew of the theater as The Heavens. The model also contains figures for the ghost scene in Hamlet, and an orchestra which played in the top tier of seats to bring music to the play.

Thanks for reading and please support and share with your friends!