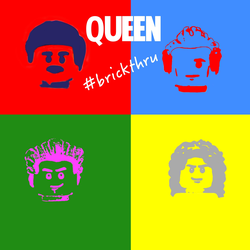 Whilst I have been eagerly awaiting this moment, I must admit that there was a time a few months back where I was second guessing whether we would make it to this stage. I am absolutely stunned and grateful for all the support that you all have given this project since it first appeared on the site!

As of this posting, we need 990 more votes to reach our final goal. The end is in sight. It has been an amazing journey. Something which started out as a mere dream which is so close to becoming a reality. I am so thankful to all of you for your kindness and generosity during this whole process! I cannot express with adequate words how thankful I am. 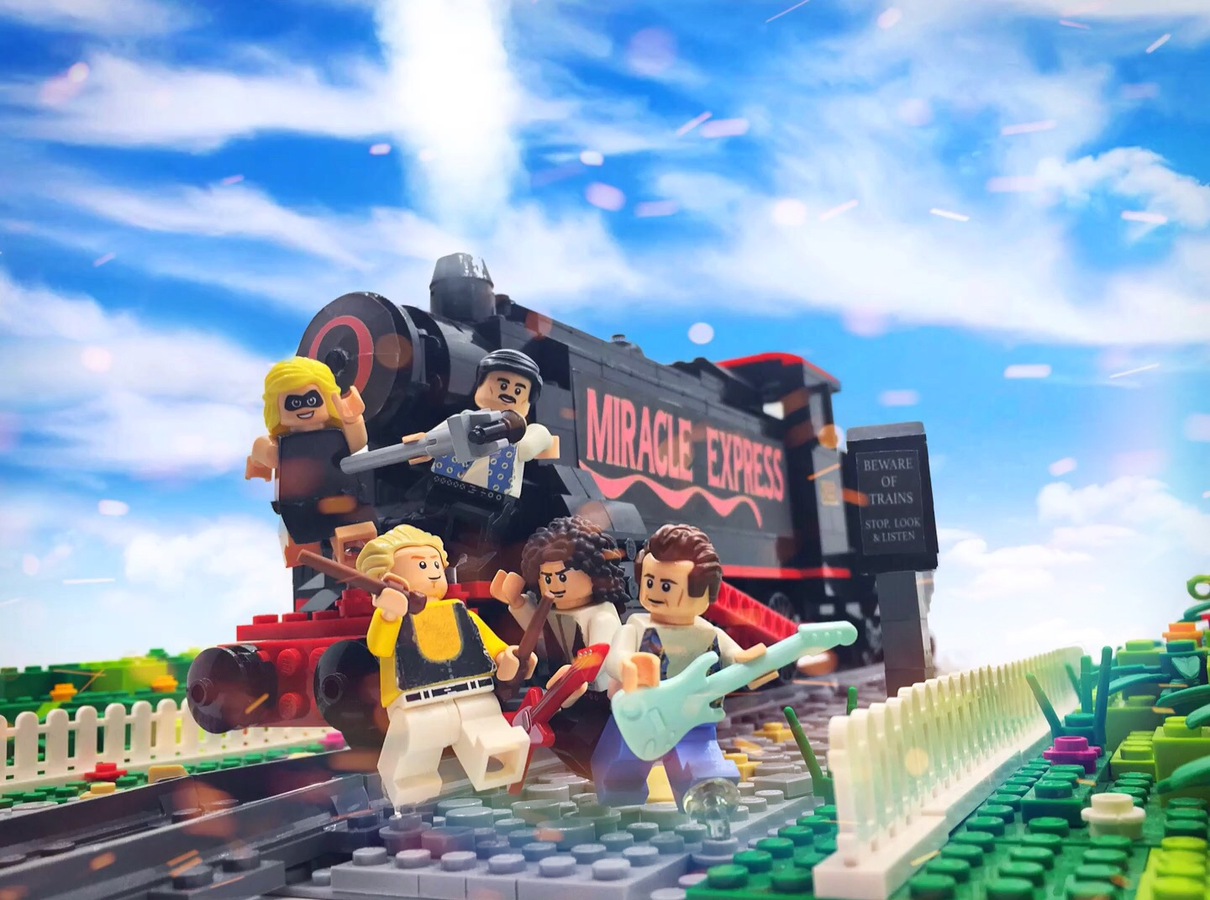 Wow! Overnight we have picked up speed and have surpassed 8,000 supporters. We now need UNDER 2,000 people to vote for this idea!!!  Awesome!

The set was mentioned recently in an online article from Ultimate Classic Rock which you may read here https://ultimateclassicrock.com/queen-miracle-express-lego-set/

It is quite an interesting article which provides some background over the making of the Breakthru video.

The end is in sight! Let us make this final Brickthru!!!

As ever, thank you all once again for your continued support!!! 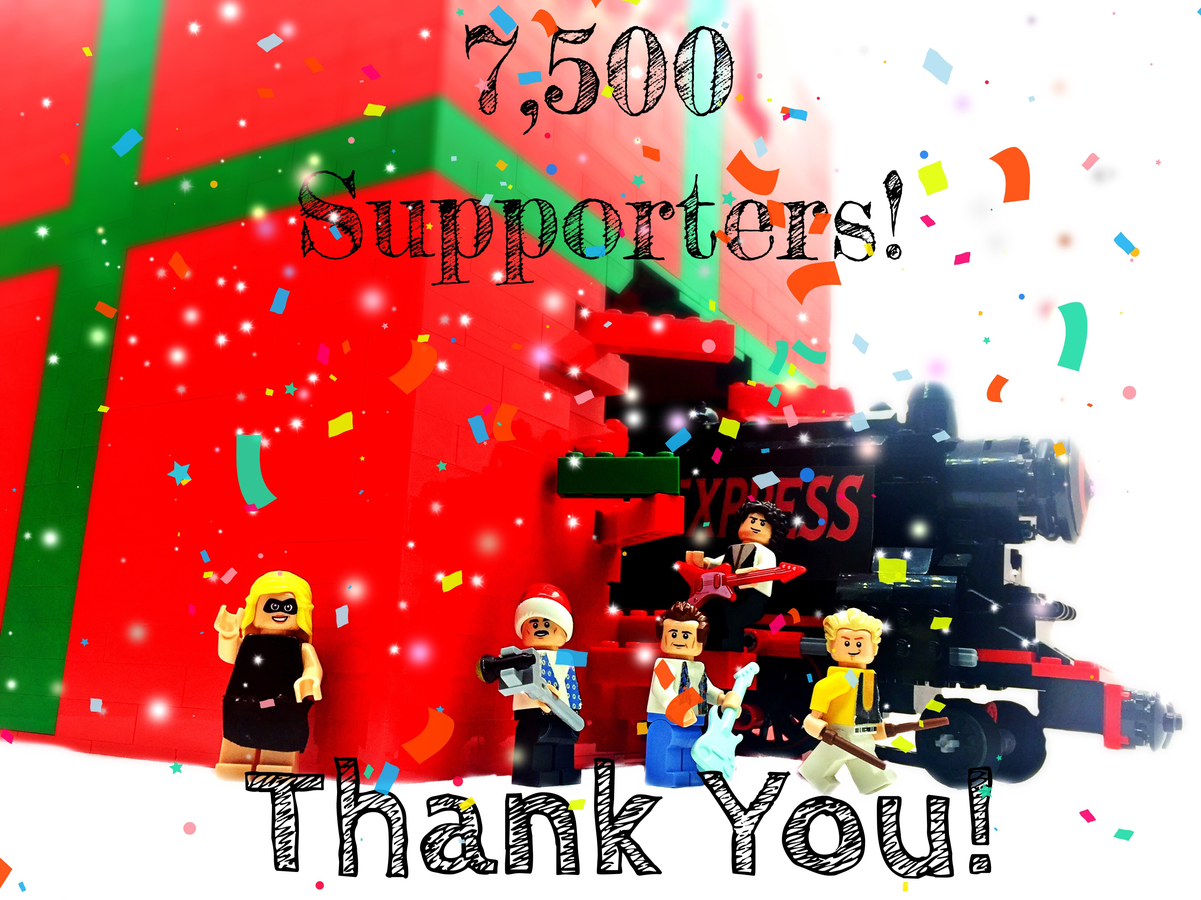 Been a while since I last posted, but this update is a rather exciting one! The Miracle Express has now surpassed 7,500 votes, which means it is over 3/4 of the way to its 10,000 target! The finishing line is in sight and this is now the final sprint in the race!

As ever, thank you to everyone that has supported so far in this project! I could not have done it without you all!

Also, I would like to wish you all a very Merry Christmas and a Happy New Year!

Sorry it has been so long posting an update to celebrate 7,000 supporters. I have been super busy though I have been keeping track with the Express and am glad to see it still steaming along!

As ever, thank you to everyone who has been supporting this project so far, whether by voting or sharing on your social medias or even through word of mouth! All of your support helps this project and I’m forever grateful.

I must admit I was quite at a loss to find a way to celebrate this milestone in a unique way, however not that LEGO Ideas has introduced this new feature to edit projects, I thought that it would be cool to replace the pictures of the Mark I model and upload the current Mark II variant, alongside photos which I have been uploading to my Instagram.

I hope that these new photos help to showcase the model better and are more striking. Please let me know what you think of the new pictures.

As always, thank you for your continued support. Let’s now thunder now the line and breakthru to 10,000 supporters!

Well, the Miracle Express has just brokethru ;) the 6,000 supporters marker! That means we are closer to the end now than the beginning! Only 4,000 more votes are needed to get us to the magic 10,000 number!

Thank you all for your support! Don’t forget to keep sharing the project on your social media. The more people that hear about the project, the more likely it will make the goal!

As ever, keep being awesome!!! 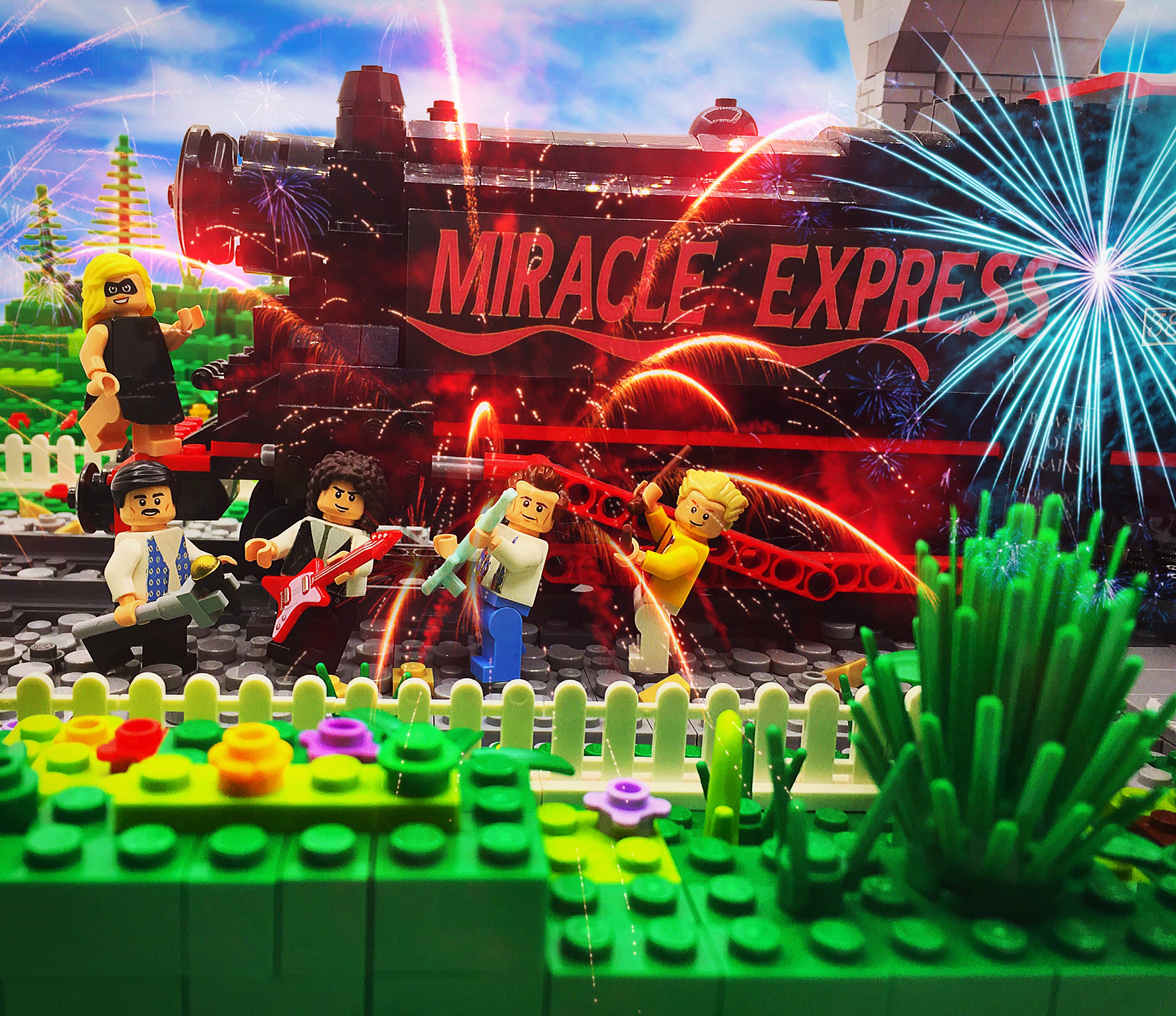 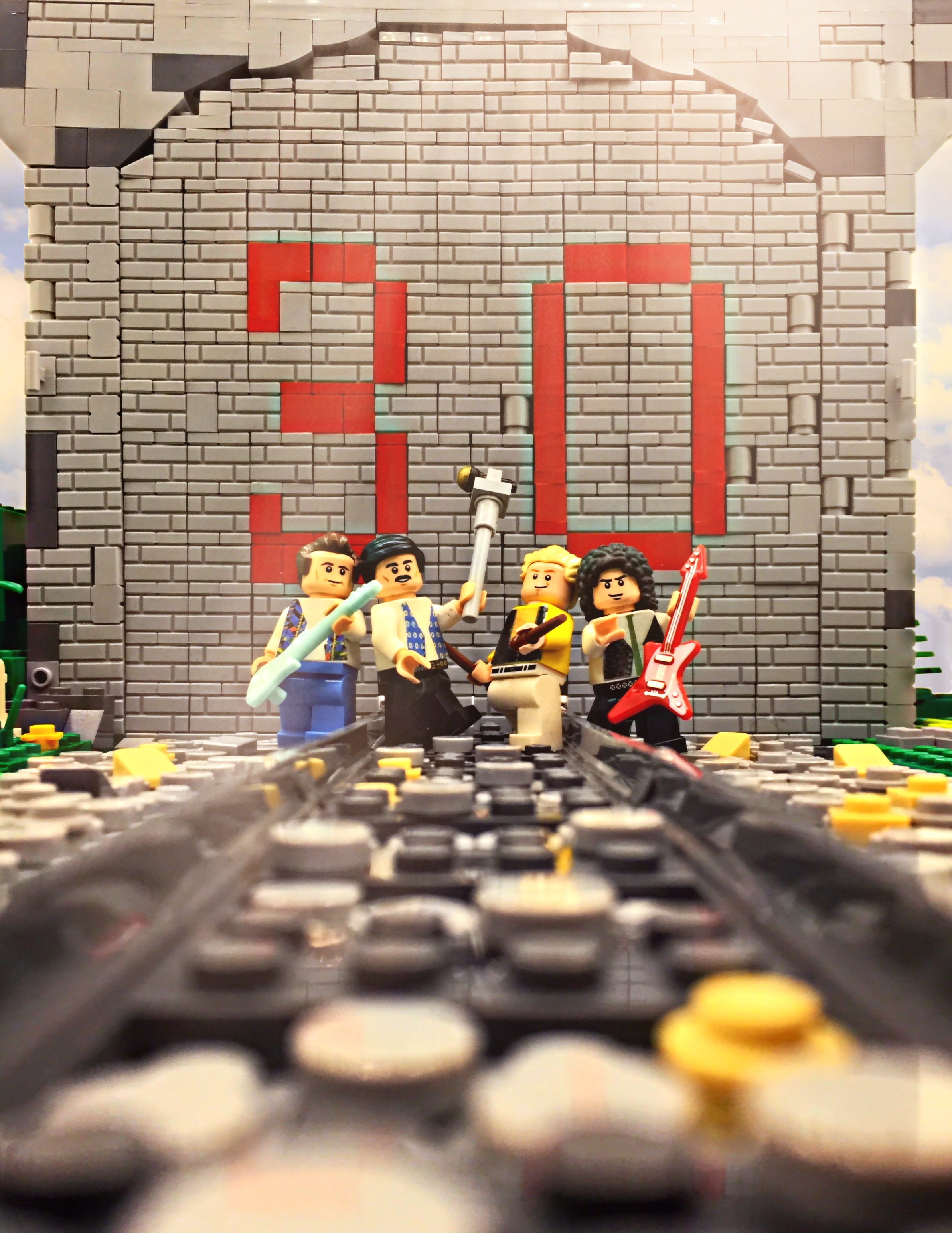 So, this past week has really been something! We’ve managed to get past 5,000 supporters on Monday and today too is a rather special day.

30 years ago today is the release date of the single Breakthru! Written by both Mercury and Taylor but credited to Queen, it would reach No. 7 in the UK Charts.

To celebrate and as a thank you, I have created this little diorama/model for you to see. This project would be nowhere without all of you 5,000 + awesome people who have supported and shared the project on social media. It is a tough race to run however we have made it past the halfway mark!

Thank you everyone! The project has now chuffed past the 4,000 marker. We are now 40%, or 2/5 of the way there with plenty of time to go! However this is not the time to become complacent :D My next goal is to reach 5,000 supporters by the end of May! The only way to make this truly achievable is from the support of you! Please do share this project with friends and family and get them to support!

As ever, whenever I hit a milestone I always do something fun as a thank you to you all. This time it's an amusing little 'what if' pic, if the band members had been in different roles! Would it have worked? Who knows. You can find many more photos like that on my Instagram, Facebook and Twitter pages. Search for the Lego Miracle Express or #brickthru

Thank you all again! Keep sharing and supporting! 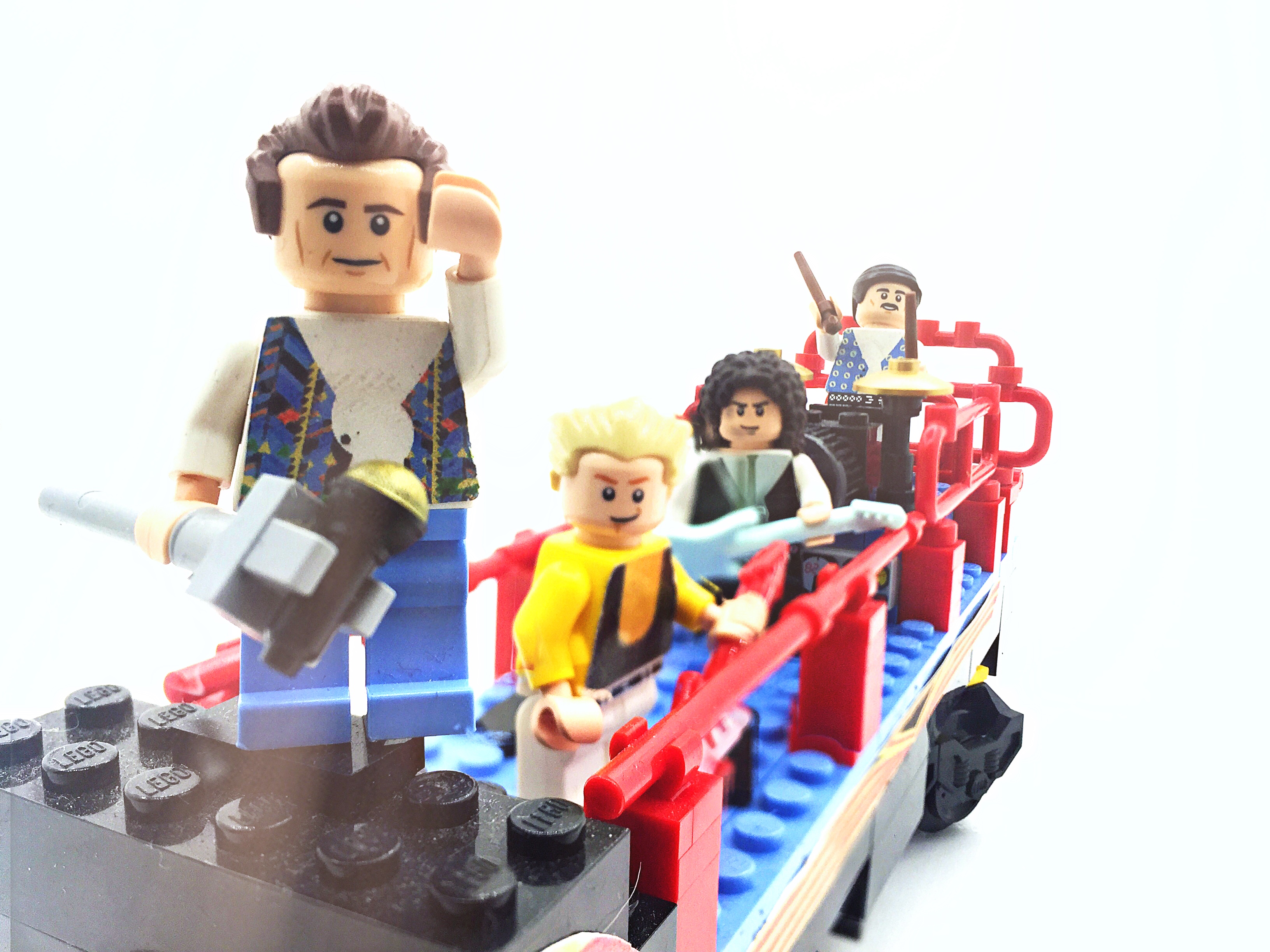 So now we have made it pass 3,000 supporters! That is awesome stuff! Thank you to everyone who has supported me so far! I managed, this time, to see who supporter #3,000 was and it is:

So, to put all this in perspective, we are 3/10 of the way through, or 30% of the way there! We have, from today, 577 days left to get 6764 supporters. Doesn't seem alot, however it is easy for any project to die from lack of attention, so I need everyone to please keep sharing this page with your friends, family and neighbours. Keep on posting it!

I am constantly updating this project and there are plenty of pics to see on Facebook, Twitter and Instagram. Please keep yourself updated there by subscribing!

So, after an arduous weekend of building, re-building, waiting for parts, testing, re-testing and sleepless nights, I have finally managed to rebuild the Miracle Express so that it can function with Lego Power Functions, as seen in my short film Brickthru! 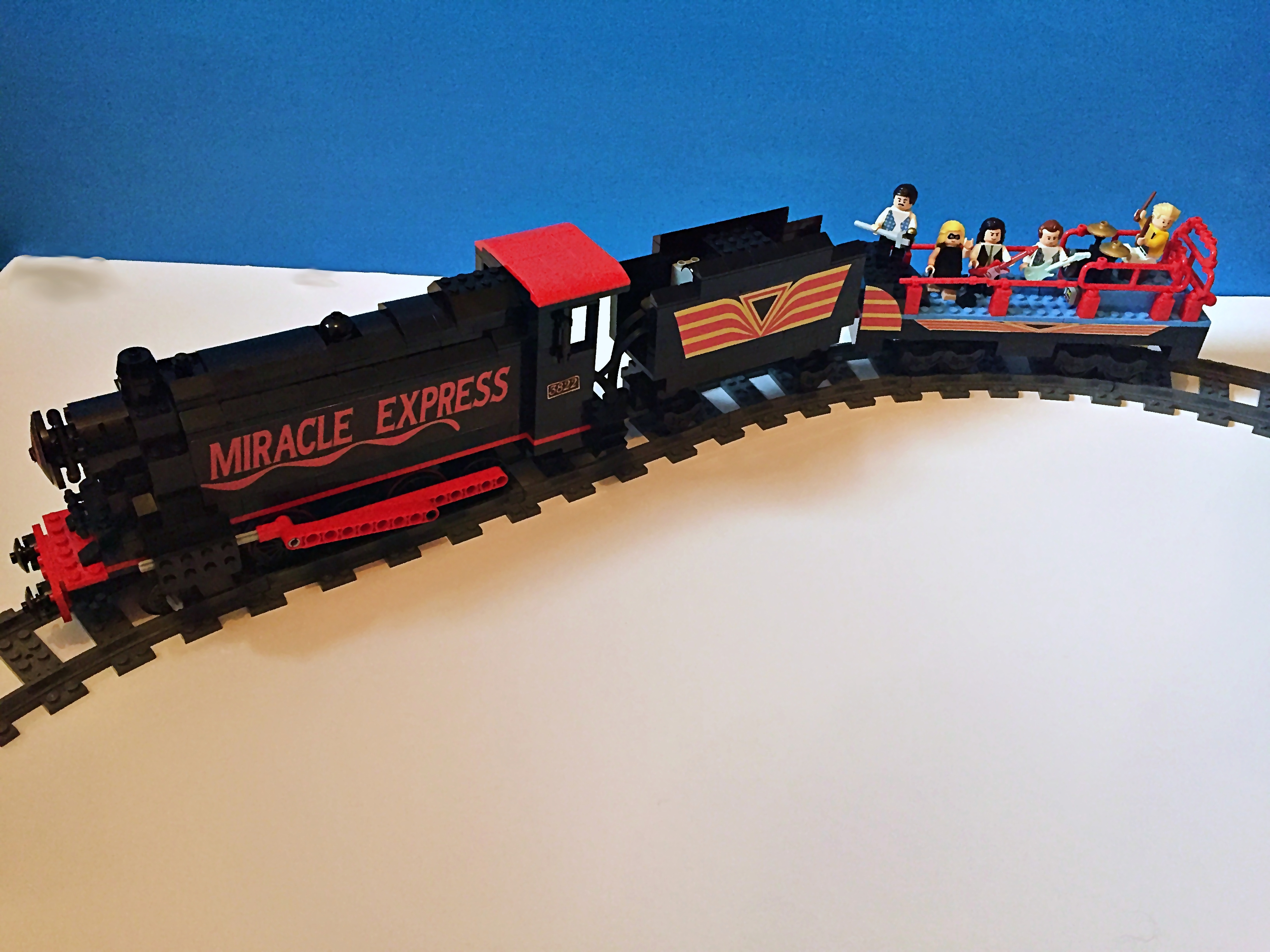 What are the main changes to this version of the train?

1. It now contains power functions, so you can actually drive it around Lego tracks! It truly looks awesome to see! I had to articulate the wheels and learn about pivot points, which meant constant re-building and re-testing. The locomotive and tender are now slightly stumpier in length to the Mark I variant (which sadly had to be cannibalised to help build this model) but I would argue looked aesthetically better than the original.

2. The band stage area now uses 4 wheels instead of 2, on pivots, which is more accurate to the actual truck used in the video.

3. The pistons have been re-designed so that they won't come apart when the train is at full speed. This was, perhaps, the most frustrating area of the design and was solved simply because I was using the wrong pins! 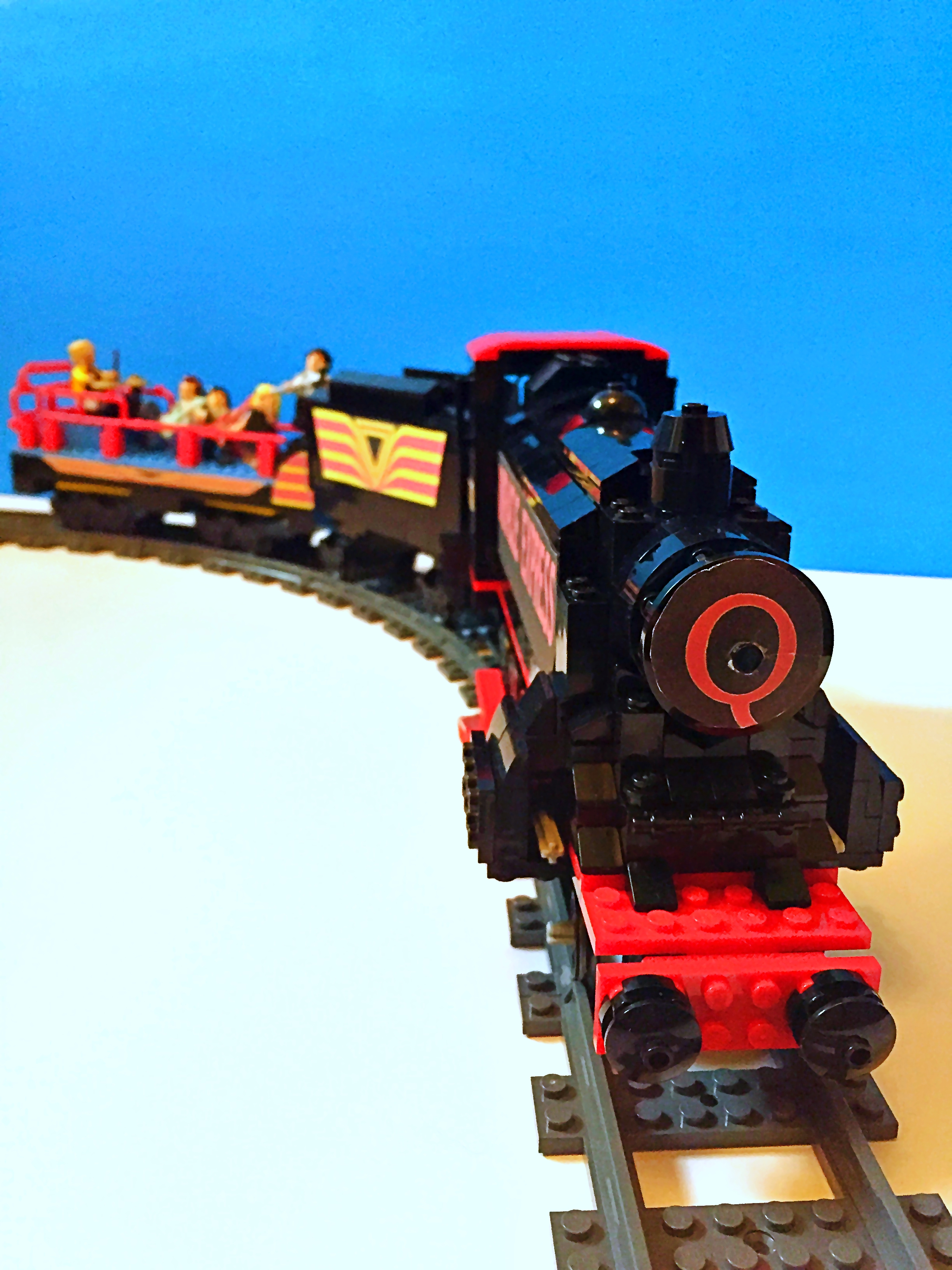 4. I have discovered the serial number of the locomotive, so have added the number to the model.

5. The cab of the locomotive is now 8 studs wide as opposed to 6, so that you can insert and remove an XL motor with ease. I tested with various combinations of how to apply the motor, from placing it in the tender to push the train along, to using a medium motor, however the variant I am now using worked the best in testing.

More photos will be incoming! I am currently awaiting some new hair pieces for Brian May so that he will look more accurate. Till then, stay tuned, and thank you for supporting me! 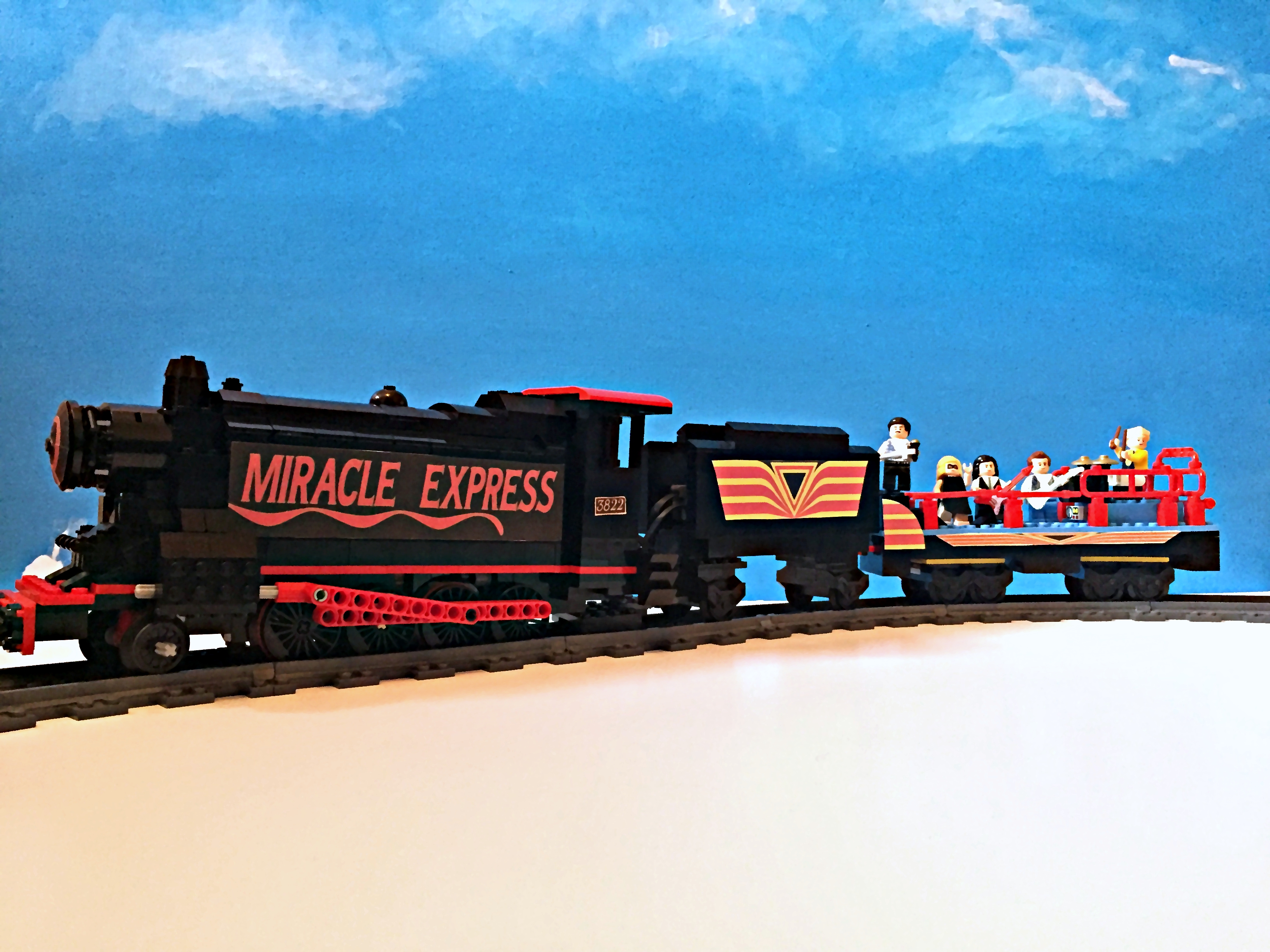 Check out my short film featuring the Miracle Express!