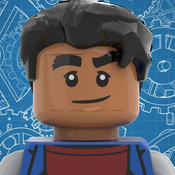 This model is a scene of an ancient Indian watchtower.
India contains some of the oldest history in the world. The land's people have been involved in many significant global events, such as fighting Alexander the Great, fighting the derivatives of Genghis Khan's empire, and even sending millions of soldiers to fight against Germany in WWII. Therefore, it is a regret that Indian history and culture is not prominent in western societies.
This project aims to celebrate the ancient history of India by creating of scene of a watchtower within the great forts scattered throughout South Asia. This project also aims to expose western dominant society to lesser known cultures in Asia. It does not represent a specific landmark in India. The roof depicts statues embedded within the architecture of the watchtower. The top level shows an archer with a messenger pigeon, suggesting the solider is communicating with distant countrymen. The lower level is populated by a couple of alert guards.
A chariot passes through the watchtower, transporting soldiers. The chariot is heavily based off designs seen in mythology (Arjuna and Krishna's chariot). These designs typically have ornate golden designs covering the body of the vehicle. A massive golden umbrella is supported by two columns to shield the soldiers from the elements. An idol is placed at the front of the canopy for good fortune. The chariot is pulled by four white horses that are covered in golden armor.
Thank you for taking the time to read through, and I hope you consider supporting the project. I also appreciate any feedback.
Physical Information:
Total Parts: 1470*
Width: 5.9 in/ 15.1 cm
Length: 15.7 in/ 40.0 cm
Height: 14.1 in/ 35.7 cm
Weight: 51.7 oz/ 1.467 kg
*note about part count: This number is inflated due to extra tiles and extra pieces used in the interior of the model. If needed, it is possible to bring the part count down significantly.