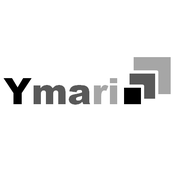 After the incredible support for my project: "Quest Builder", it is obvious there are a lot of people out there who liked it :) Thank you all very much for that support ! ( https://ideas.lego.com/projects/165437 )

More adventures await you, brave heroes! There have been rumors of strange howling coming from the direction of the old ruins along the river. What is going on? Has a group of bandits taken up refuge there? Is it some cult that perform weird rituals? Is that giant spider in league with those villains or do they have to be careful to be hunted as well? Ehm, isn't a gargoyle supposed to be looking away from the wall? It looks suspicious. In any case, it is a brave act for that knight and his henchman to check out the river ruins.

The 21 smaller tiles and one bigger tile  provide a multitude of options to create piece of a river bank with ruins on either one or both sides.

The total amount of bricks used: 1260

I tried to create as much playroom as possible and still have a nice amount of foliage/clutter that ruins usually have.

The set would be great for people who like role playing games. The set would also fit in any medieval setting. Many an adventure can be played in the ruins. They may be haunted, they could be a hideout for bandits or some weird cult. The residents could be werewolves! Who wouldn't want to investigate those ruins?

For even more adventures please check out:

Quest builder, the Mine https://ideas.lego.com/projects/168513

You can help by voting for this project (blue support button). The goal is 10.000 so every vote counts! Please tell your friends about this project or share on social media. Thank you for checking out this project!