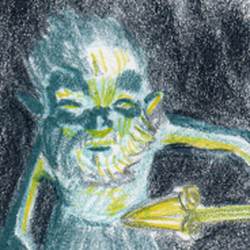 macbes
1
Hold on there history geek! This is not really an attempt to replicate the ship from the Christopher Colombus float. I 've just used the XIVth century ship design, known as carracks or caravel, as an inspiration to buid it.
So here it is, enjoy!

At the head, Poseidon shows the way and protect the ship.

The back bridge is removable, to show the inside of the captains cabin.

The cabin contains a bed, a desk ,a little chest, and a few other furnitures.

The first bridge can also be opened up to show the dock.