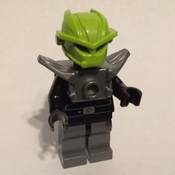 Space is one of the most popular themes in LEGO.  Spaceships of all sorts of styles exist and would take you from one planet to the next.  But that changes now with the Orbital Space Station.

The Orbital Space Station has six individual modules connected to each other by six nodes.  Two of the nodes include a third connection point that can be used as a docking bay for a crew reentry vehicle.  The six modules are:

The Orbital Space Station uses a modular approach allowing you to connect each module together in different ways.  You can even combine multiple kits together.  It follows the concepts used in building Lego Neighborhoods.  At the end of each module is a docking port with holes with connecting pegs.  The connector pegs can attach to another module or a node.  The roofs of each module are attached to tiles and plates with only minimal knobs to hold it in place but allow easy removal.

The default configuration of the Orbital Space Station is a ring configuration with the antenna farm and solar array in the center.  Each module is 12 x 16 x 10 with a 10 x 12 interior designed to work with most minifigures.  The Modules use few colors to allow users to create new ways to build modules from individual or multiple sets.