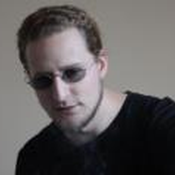 By zorko.huljic
3 comments
I am a HUGE fan of this aircraft and made this model a few years ago. I saw LEGO was featuring a water-bomber plane since last year, although without the ability to catch bricks like real water scoopers . The Canadair Cl-415 features a magnetic catch&release function for lego water bricks (video will follow). The airplane is amphibious and well equipped with a very stable retractable landing gear.
Other features:
*Movable flaps and rudder
*1 Pilot Mini-figure
*The water bricks are altered with a small metal piece inside (I used tiny screws)
*The set would include a few trees and fire bricks (the aim is to knock them over)
*They usually go to action with 3-4 planes so feel free to buy more of them (you also get more trees and fire :-) 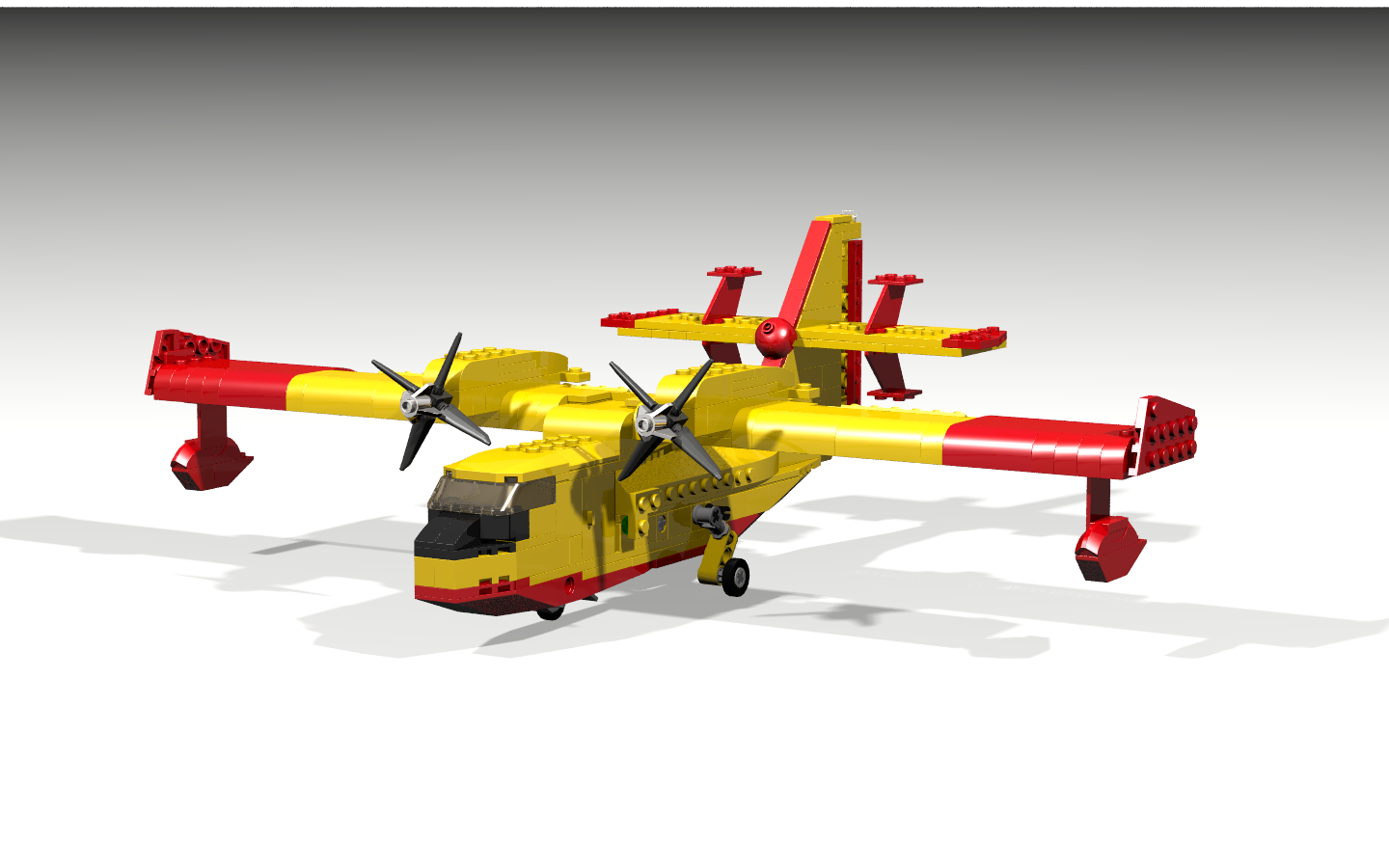 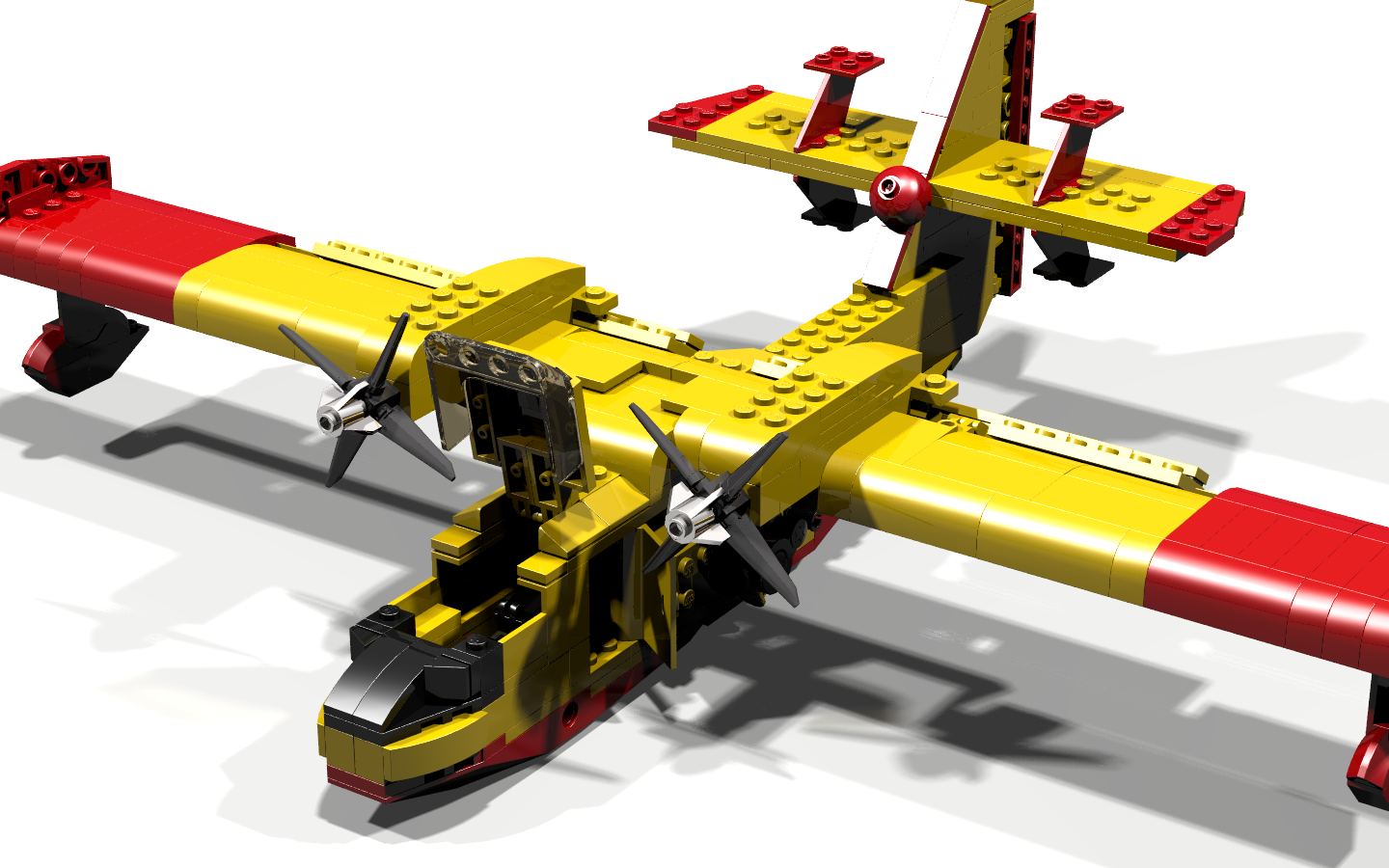 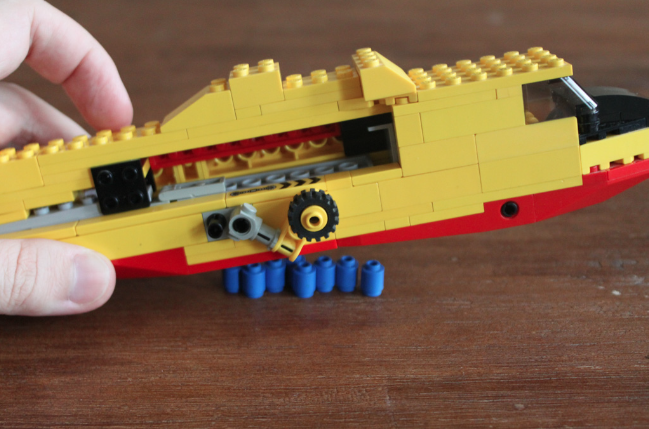 The magnets rest on a thin sheet of plastic (material like in Lego surfing sails)
You can catch the water bricks in a group or one by one. 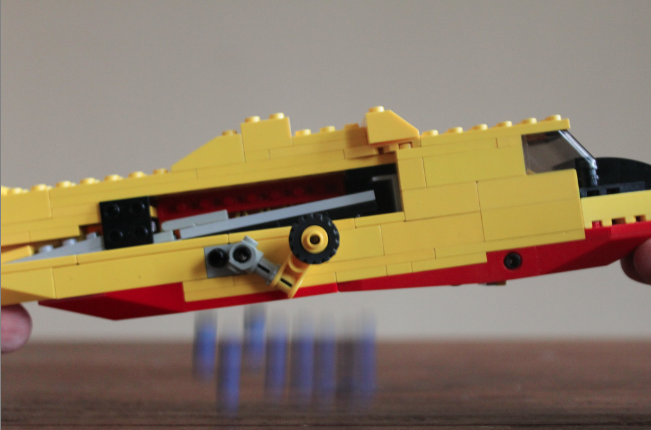 On the back of the plane there is a release lever moving the magnets away from the plastic sheet. This makes the water bricks fall down.