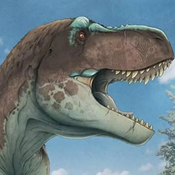 By LordDugongo
18 comments
Hey strangers, what brings you here?
How do you say? You have a problem with a dragon? Then you are in the right place.
Welcome to the "Dragon Slayer Fortress".
DESCRIPTION OF THE STRONGHOLD:
Access to the palace can only take place through the mouth of an ancient and majestic dragon that was knocked down centuries ago.
In truth the whole building was building by exploiting what is its skeleton.
As you can see, the two wings in which the fortress is divided owe their shape to the actual wings of the dragon.
Starting from the ground floor, on the left we have the main room, the kitchen with dining room. Inside we find:
- a sumptuous table with 4 chairs;
- a central fireplace to heat the otherwise cold environment, in addition to meals,
- an incoming piece of furniture in which to read the distress letters.
Remaining on the ground floor, but moving to the right, we have the pantry. Inside we find:
- vegetables of all kinds, bread and meat for a balanced diet, all to be fit to defeat the fearsome dragons;
- the best quality mead;
- the head of a minor dragon, recovered from the last mission, together with its eggs.
Now going upstairs, going to the left, we have the dormitory. Inside we find:
- a pair of bunk beds to enhance the space;
- a central chimney, identical to the one visible on the ground floor;
- a dresser on which two swords are placed as relics of the most important missions of the past. The katana was forged by the teeth and fire of the dragon on which this rock is built. The dagger, on the other hand, was the only weapon capable of taking down that same dragon. It succeeded because it was forged with a special alloy of which all information has now been lost;
- one egg hatched in front of the fireplace, the only one with a puppy inside, recovered in the last mission. If you have enough luck, once hatched, you will have to train this puppy to have a valid ally.
Finally, staying on the first floor and moving to the right of the landing, we have the armory. Inside we find:
- Armour, ready and ready to use;
- two swords, two spears and two shields hanging on the walls;
- A grinding wheel, to sharpen the swords after each clash. The three axes contained in the box to its left must still undergo this process;
- A punching bag, with gloves on the wall, to keep you fit;
- Finally, what better way to fight a dragon than by fighting fire with fire. For this in this armory you can find a rudimentary "shoot fire", so we decided to call it.
The tour of the fortress ended kind visitor, we come now to the presentations. To do so I will start from my companions:
This is Drawcia, she’s still a rookie, but she’s got a lot of nerve.
She is Gonerill, her twin sister. They joined this gang together and form a formidable pair of archers.
He’s Slackjaw, he’s the son of a rancher. Once his father came to us because there was an attack on their farm, and he’s been one of us ever since.
I am Yerevant, the oldest member of the group and your guide. It was my mother who founded this group to give concrete help against this constant threat of dragho. Despite my venerable age I still carry on our name and am very proud of it.
SOME NOTES FROM THE AUTHOR:
Hello everyone, if you have come here to read it means that I seriously amazed you with my project, and I am very, very happy.
In creating this project, I wanted the building to have an unusual shape and not the classic 4 walls. I have to admit that this was actually the biggest obstacle. The final idea came to me just like an illumination, using the dragon’s wings as a roof and basing that of the building on their shape.
But now we come to a few more details about what you can do.
The roof from the upper floor as well as the upper floor from the ground floor are connected only via 2 stud, so they are easily removed to recreate the adventures of our four adventurers.
The head of the dragon that acts as an ingreso is also connected to the ground in only two points. You can take it off and also use this as, who knows, a ghost dragon to defeat.
The red, purple and white dragon is called Prute and in the adventures that you will recreate can be once an enemy and once an ally. It depends on your imagination.
I decided to make the walls of the fortress yellow because I didn’t want the white of the walls to be confused with that of the bones. Dragon bones are in fact an element that I tried to insert in every room, as well as in some fell skin.
An example is the carpet that is located at the entrance of the rooms or the doors that lead to each.
Bones can be found in chimneys, in the chairs of the hall, in the handrails of the staircase, in the doorknobs.
I wanted to put a little "Easter egg" in the names of our four heroes. I want to see if you can catch it, in case you let me know in the comments below my project.
The project consists of 2999 pieces, a breath from the limit. Each of these is currently in production and in the color in which it is found, so the project is already feasible.
The dimensions of the fortress are:
45.2 centimetres (17.8 inches) wide;
47.2 cm (18.6 inches) long;
17.9 cm (7.0 inches) high;
I believe it will be a valuable addition to your medieval village. This is a project that can give color movement is novelty to the landscape in which it is inserted.