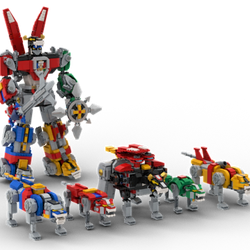 Laserslash
27
This model is a playable deck of cards with a box to store them in. The way I made the cards, I was only able to put one spade, heart, clover or diamond on the cards but they all have a different number on them. Each number on the cards is either red or black for whatever color the symbol is on the card. For the Jacks, Queens and Kings I used a letter and for the jokers I used a jester hat.
The cards are life sized and for the box I used the symbols on the front. Also in the last pic that is what they would look like stacked up. I think would be a cool set for anybody who likes Lego and/or games.
27