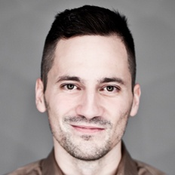 By bazsidiary
32 comments
This project based on my wife’s grandparents’ house which is located in Jászladány in Hungary. I tried to give it back the way the house originally looked like. It is an emotional project for me reminds lots of happy moments there so this is why I build this. This is a modular buliding, you can separate the rooftop, and you can open the house! In the left side you can find the kitchen with pantry, hall, bathroom and with a small guest room, on the right side there are two bedrooms a master and a normal one and the terrace.
The so-called Kádár cube is a type of detached house with a square floor plan, generally around 100 square meters, mostly ground-floor, with a tent roof, which was built in Hungary from the early sixties to the eighties.
The Kádár cubes, which dominate the street view of smaller village, were typically built instead of the former gabled farmhouses, replacing them, most often in places where flood damage occurred. There are a total of 844,000 such residential buildings in the country.
The tent-roof design of these buildings was developed because a tent roof is the most economical solution in a square-floored building, as opposed to a rectangular-floored building, such as the old farmhouses where rationality dictated the gabled-roofed solution.
Here is a youtube video about this kind of buildings here in Hungary: