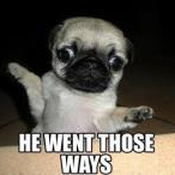 By rarewhiteape
4 comments
The S-64 Air Crane is a heavy lift twin-engined helicopter manufactured by the Erickson Air-Crane company. Early in its life it was used by the U.S. Army but later on found favour with civilian contractors for use in construction projects. Most famously, it has played a crucial role in fighting wildfires around the world thanks to the use of an under-slung 10,000 litre water tank. 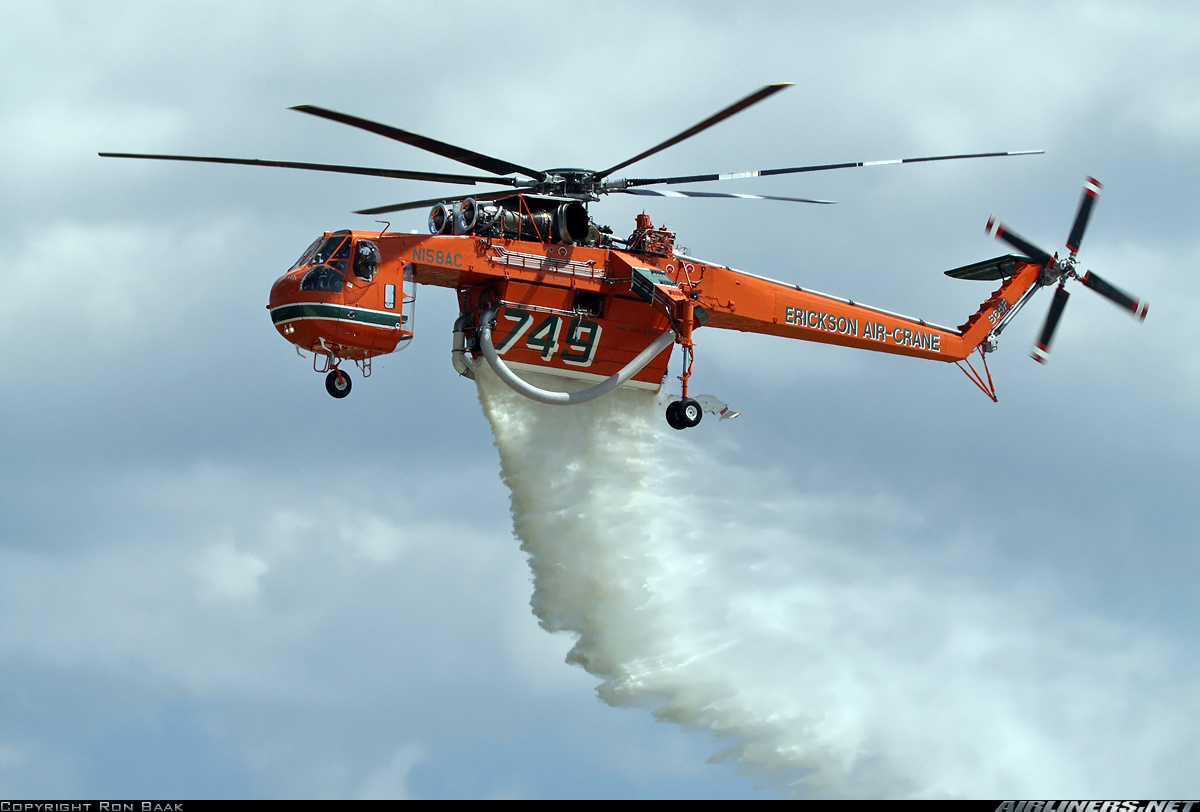 My idea for the model of the S-64 is based off the well-known fire fighting helicopter Elvis. It features Elvis' striking orange colour scheme, as well as that huge orange water tank. The water tank on my concept, just like the real thing, features a suction hose and a 'sea snorkel' attachment, which can be deployed into a lowered position.

The suction hose works as you would imagine. It is dropped into a body of water and used to refill the tank. The sea snorkel, however, is the really interesting part. It is lowered into the water and dragged along at high speed, which forces water up the pipe and allows the tank to be refilled in under 45 seconds! This is crucial for when the heli is needed for dumping more water on a wild fire in a hurry. The bottom end of the snorkel has a fin at the bottom which pulls it down into the water, stopping it from bouncing along the top of the waves. 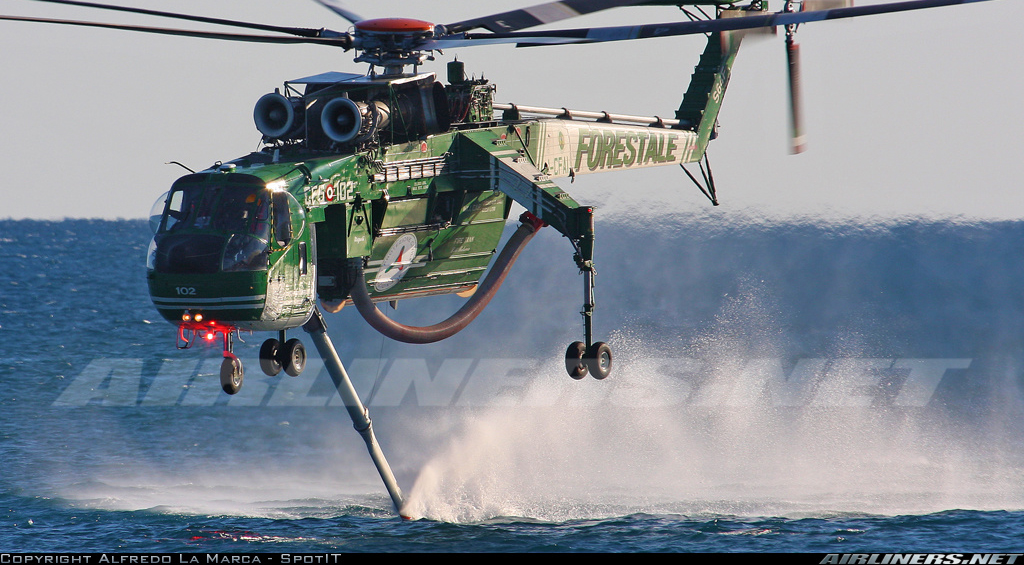 Of course, being made from Lego, the water tank can be detached to make way for whatever the builder chooses. Real Air Cranes have been spotted moving pylons, bridges, buildings, other helicopters... Use your imagination!

Other details include a magnificent six-blade rotor head, a rear-facing spotters seat in the cockpit, a nice long tail boom and plenty of greebles around the jet engines on top. There is enough room inside to seat a pilot and spotter minifgure.

Thank you for having a look at my project, and please support! And if you would like to see any more pictures of my model, please ask and I will share them.