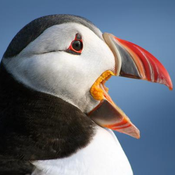 By LoudestCapablePuffin
52 comments
My build is of The Great British Baking Show. It includes the main tent where the contestants bake their recipes. There is a smaller tent outside. It is for the judges and hosts to discuss how the contestants are fairing with the current challenges. The grounds where the main tent is set up are also represented.
The build came about when I was watching a TV program and saw a structure I thought I could build with LEGO. So I did and when I was showing it to the family and explaining how I saw it on TV one of our daughters said, “Dad, you should build The Great British Baking Show.”
I have seen several seasons of the show and enjoy them very much. I also like to bake and have even baked a few of the bakes from the show. Like on the show, some were well done and others were not my best.
I started out by creating the baking stations the contestants use. They are complete with an oven, burner, a display area and a sink. There are refrigerators for the bakers to use when needed for cooling their bakes if a frosting is to be used, or they are making a mousse or custard. Also, the shelving within the tent is represented and there are places for the judges and hosts to visit with the contestants to discuss their bakes.
Outside the tent, the finale is going on with the judges and hosts presenting flowers and the clear plate to the winner and runners-up.
The grounds show a bridge where the contestants enter the tent to begin baking. There is a river flowing under the bridge with some plant life.
The judges are Paul and Prue. The hosts are Nole and Sandy.
As far as a LEGO set goes, this build has lots of playability to set up many many scenes seen throughout the show. Using the various LEGO bricks, you can be creative in making your own style of bake. A Showstopper is also provided in my build.
I believed my build captured the heart of The Great British Baking Show. Hopefully, my build with capture the heart of LEGO fans worldwide.