Tintin: Explorers on the Moon 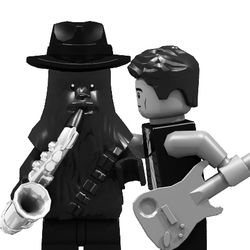 Join Tintin the reporter on his most amazing adventure: a trip to the Moon!

Tintin was the first person to walk on the Moon, even before Neil Armstrong. Before the Apollo Saturn V, Professor Calculus’ rocket landed on the lunar surface. This model draws inspiration from the two volumes of the space adventure experienced by the characters created by the Belgian cartoonist Hergé: Destination Moon (Objectif Lune, 1953) and Explorers on the Moon (On a marché sur la Lune, 1954). A red and white rocket as iconic as NASA’s vehicles. A combination of the most representative character from the European comic and the most famous European toy.