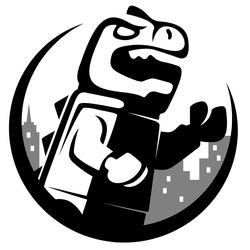 This idea is very similar to the doctor who lego set, but that's because I like to see a wide range of sets of doctor who, such as Star Wars, Pirates of the Caribbean, Scooby Doo, Harry Potter, etc.

this set is my first set that I've made and there are more to come. I am a great doctor who fan and I'm also a big fan of LEGO. I hope this idea get elected so I'd appreciate it if you vote.

The set has the 1st doctor, Susan Foreman, K9, cyberman, classic and special weapons Dalek Dalek. the tardis is the Police Box, console, two chairs and a coat rack. the cyberman's head is made of LEGO blockjes and I would like it to become a helmet (like LEGO dimensions). also the Doctor and Susan are just all I could find in the LEGO Designer Program. I'm also not completely happy with the interior walls and door (in the Police Box) because the door is too similar to the normal walls. The Daleks are those of LEGO Dimensions but with different colors and the Special Weapons Dalek and other upper body. he is not as round as in the real LEGO set, but that version, I could not mix with the Special Weapons Dalek. The chairs are not designed to create LEGO figures. I do have my problems with K9's tail because it is not a legal LEGO technique to associate something so that they would have to be worked on.