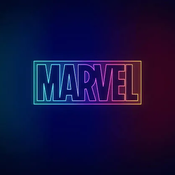 By Master Bulder
6 comments
This is a mech I built. It's called Mech 1. I built this in LEGO Digital Designer because I didn't have the parts to build it in real life. It's foot and knee can move. The legs can also move near the torso. It has two hands. One hand has a cannon, while the other one has 5 fingers that can move. The hands can also move near the connection to the torso and the arm. It may look a bit weird in the picture, but you can straighten it up. I only did it like that, so you can get an idea on where it can move.