Raid At The Watchtower Hideaway 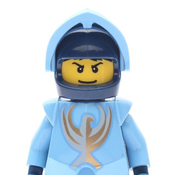 By Jayco103
63 comments
This is a doll house style set that features a hideaway tree house-like cottage attached to a medieval watchtower. The scene depicts a lone raider attacking the King's treasure hidden in the top of the watchtower. I built this set because of my love for the LEGO Medieval sets specifically the Knight's Kingdom, both Castles, and the Kingdoms series which were ones I specifically had been fond of. I believe this would be a great LEGO set, as It incorporates styles and certain build elements reminiscent of the old LEGO series. I think it tells a cool story and teaches values such as right vs wrong, being courageous, and loyalty.