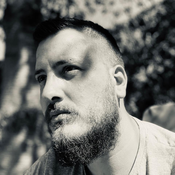 By Airbricks
14 comments
The home of Space Zinzins
I was inspired by this French cartoon, the zinzins of the creative space also Oggy and the Cockroach from the years 1997-2000 that I watched as a child.
The iconic characters of Bud, Candy, Etno Gorgious and Stereo.
My creation contains 2149 Pieces, and it is equipped with the living room where it features the regular tenants bedrooms where they sleep, the kitchen of Gorgious as well as the invention of Etno, invented in order to transform themselves into humans, the famous SMTV.
I hope it will recall the childhood of some people knowing that the animated show which has been broadcasted in several countries like France Germany Italy, and the United States. The colors of my creation are all the more original than ever.