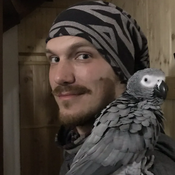 By Phillomir
23 comments
Ancient Egypt. Mesmerizing, magical, mysterious. Dazzling, dreamlike, dangerous.
All those words barely scratch at the surface of what Ancient Egypt was, or might have been.
What always felt most intriguing to me is how so much of that time it is still unknown to us, while some ruins and accounts have been co-existing with us since the literal dawn of civilization. There are generations of farmers who had to plow around the remnants of giant stone statues strewn across their fields, or villages that have been built on top of villages that have themselves been built on even older temples or settlements.
And nowhere is this co-existence more apparent than at the "Southern Sanctuary" at Luxor, anciently Thebes.
Started in 1300 BC by King Tut's grandfather Amenhotep III, it has been in 'use' ever since. Tutankhamen added to the temple, as well as Ramses II, and even Alexander the Great is said to have marched all the way south along the Nile just to be crowned a "legitimate" pharaoh, a good 1000 years after the glamour of Egypt had already begun to fade.
Over the next 2000 years, the temple became home to a Roman camp, a mosque (which is still being used today, 1400 years later), as well as centuries worth of dirt and rubble.
When French archaeologists finally excavated the temple in the late 1800s, they had to remove an entire village and two large French villas from its inner court.
Looking at the temple, one can't help but wonder about all the things it must have seen in its 3000 years. The changes and the constants, the rises and falls, the light and the darkness. For years, it has been my dream to recreate in some way (I'm not much of a conceptual artist) the Temple of Luxor, to imagine the beauty it once had, as opposed to the very different kind of beauty it now possesses.
Thanks to the good folks at LEGO and two months of work, I can finally say that I fulfilled that dream, and anything beyond it is really just a bonus.
The model I created is first and foremost a detailed 1:140 scale replica of the ruins of the original temple built by Amenhotep III. It contains the Inner Sanctuary with over twenty rooms, remains of a staircase that lead to the roof. The Hypostyle Hall consisting of 32 papyrus columns. The Sun Court with its 39 surviving columns, and the remnants of the other 17. And the unfinished Great Colonnade with its seven pairs of perfectly preserved open-flower papyrus columns. The colonnade is flanked by the ruins of a Sacred Lake and sacrificial altar, and I tried to model what is left of the temple's outer walls as closely as possible after the actual parts that are still there today.
Quite literally on top of that I took my artistic freedom and added white walls and gold roofs, the missing 17 columns of the Sun Court, two obelisks, as well as exchangeable 'ancient' versions of the Sacred Lake and sacrificial altar.
The entire set contains exactly 3000 pieces, and if you prefer to display the temple in its ruined state, the unused pieces from the 'ancient' part of the set can be built into a beautiful decorative Ankh with a hidden compartment.
True to form, I didn't read the guidelines until it was too late, so there is an even bigger version of this temple, fully designed with minifigures and many more details, clocking in at 9126 pieces, which I am not sure if I'm allowed to tease on here.
All Egyptian temples are architectural masterpieces, geometrical wonders that we still can't fully understand. I believe that this model would be an engaging challenge for any hobby archaeologist or LEGO builder, and a chance to give the LEGO Architecture line an exciting new twist by giving you the option to choose for yourself which version of the model you want to display. You could even turn this model into a timeline, gradually moving forward or backward in time (see pictures 9 and 10).
One of LEGO biggest advantages over any other toy maker is the modularity of its products, and as a customer myself I feel like the time is ripe to take that experience to the next level.
LONG OVERDUE THANKS (AND UPDATE):
I should've said something when this reached 100 supporters, and now it's inching towards 200, so thank you so much for everyone who set aside some time to stop by and click the button!
What I did manage to do is make both this model and the original more modular, so now (finally!) the Great Colonnade, Sun Court/Hypostyle Hall, and Amenhotep III's Inner Sanctuary can be separated for better access and more convenient display. So instead of an almost one and a half meter long model, the largest of the three pieces (the Sun Court) is 50x50 centimeters (20x20 inches). I did the same with the original (9228 piece) model, the last picture shows them in comparison. And a micro scale version is also in the works, although I'm not sure I'm allowed to talk about it here.