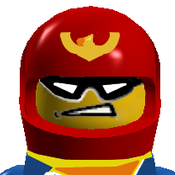 By Guybrush20X6
5 comments
Racing in from Mute City is Earth's greatest Bounty Hunter and F-Zero Champion, Captain Falcon and his machine, The Blue Falcon. Known most for his famous FALCON PUNCH Captain has the sharp reflexes of his namesake and has saved the galaxy from many villains that were oddly fixated on high speed racing including the Emperor of Evil: Black Shadow.

F-Zero is a fast paced racing game where high speed races are the number one sport in the galaxy. Players must use their skills and reflexes to stay on the track and outwit the opposition to take the gold. The Blue Falcon is a balanced machine that can bring out the best in beginning drivers and lead experienced drivers to victory. 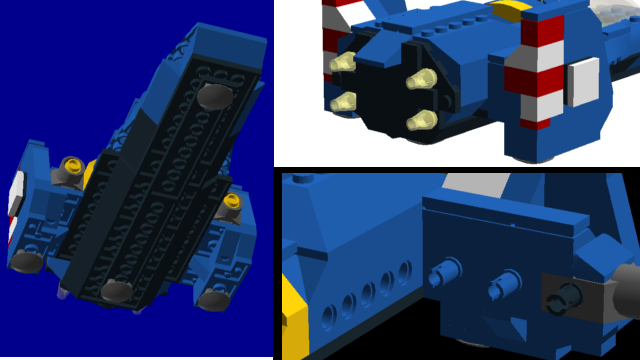 It's still a work in progress so I'll take any criticisms and adjust the model accordingly. The wings at the side detach for a modular build and to simulate track damage. This model is based off the F-Zero X (Nintendo 64 game) design which had four small boosters at the back as oppossed to one large one.

At most this set would require some stickers for the numbers and Name emblazoned at the side and for Captain Falcon himself a whole body print. No new molds needed! Ideally a helmet without a chin bar would be used but LDD didn't have any in red.

And just for fun I'll throw in a free FALCON PUNCH!

Captain Falcon, The Blue Falcon and the F-Zero Series are all property of Nintendo.


Also give your support to these other great video game projects