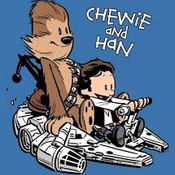 In the Batman theme we have iconic buildings like Arkham asylum and the Bat cave, and we have Jim Gordan and some of his cops, But what we Don't have is a GCPD building for them to work out of. This building is so important to both the comics, the films, and the TV shows, as a place for Batman and Gordan to have private meetings, hold low level criminals waiting for trial or bail, house evidence that Batman may need later, or just as a place for the Joker to attack, this place is a very important piece of the Batman saga. the set currently contains, a holding cell, an armory, a check in booth, a mugshot room, Gordans office, an questioning room, a kitchen, a cops desk, an evidence locker, an emergency Bat cave, and the famous Bat Signal. the set has 1081 pieces and  minifigures. minifigures include Batman, Jim Gordan, two cops, Black Mask, red hood, and two goons. I chose Black Mask because he only recently became well known, complements of Arkham origins, and because he is a character that has yet to been given a minifigure form. I chose Red Hood because he is one of the many people who could just out of the blue, come in the the station, guns blazing and would require Batman's utmost attention. And the fact that he is yet another former robin that hasn't become a minifigure just sweetens the deal.

I truly hope you like this idea, Please help me turn this idea into a reality and add this building to the collection of wonderful Batman sets.