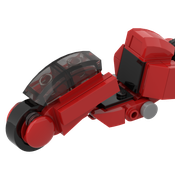 As we near 10000, I’ve been promising to do an update and only just getting around to it now Brickvention is out the way.  Brickvention 2018 was a great outing for the Project and helped get it back on the front page on the Ideas site which makes a big difference in keeping the votes coming in.

In what could be my last update, I did want to reiterate what a magnificent plane this is and how it is yet to be bettered in the sky.  Developed without the aid of modern computers, inventing new systems, using new materials all the while under significant time pressures, speaks volumes to the engineering marvel of this plane.

The SR-71 was unarmed and set a number of records that still stand today.  Could you imagine doing the following in some old 1960’s technology?

Ultimately I’d love this model to be a celebration of what can be achieved when we put our minds to it, in the spirit of the other great LEGO NASA Models.

I don’t have a completed full version with these updates, the next couple of pictures show new techniques for the wings and engines.  The new wing angle is a slight variation using the new 1x2 wedge plates which gives the model a more accurate wingspan.  The left side of the photo has the new layout with the original construction on the right. 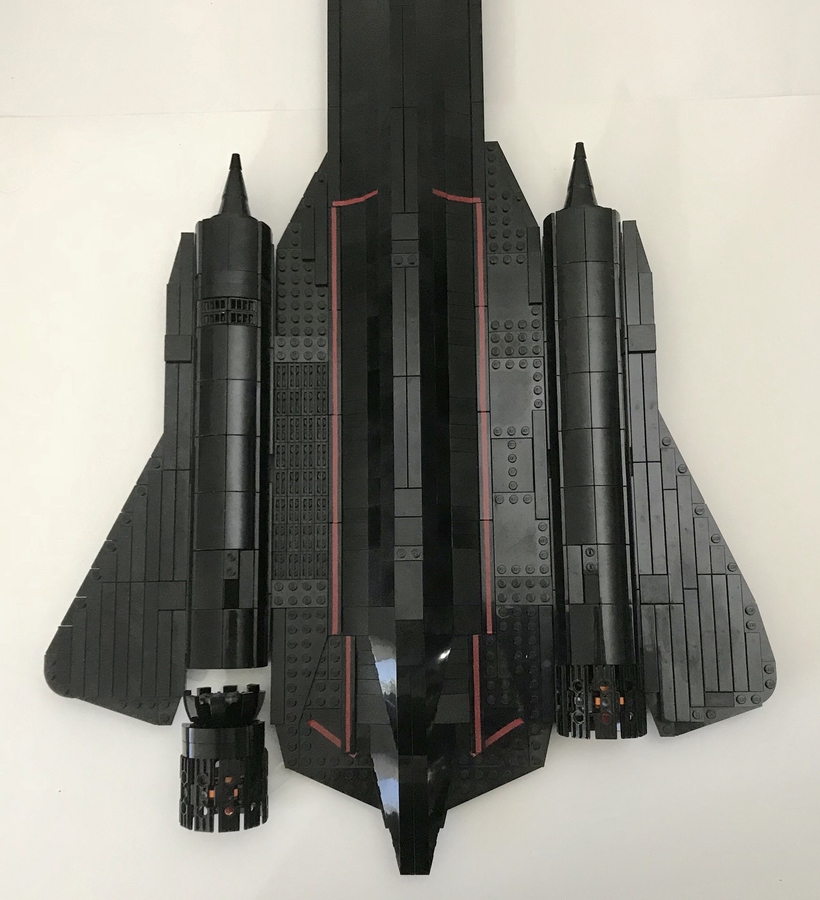 The engines make use of a lot more 1x2 curved slopes to give some more detail on the nacelles.  I’ve also planned to change some of the plates/studs to grill tiles to better represent the no-step area on the wing that was used for trying to cool the beast at speed.  The photo below shows the left nacelle components that can be incorporated but it needs to be shortened which will need some delicate surgery. 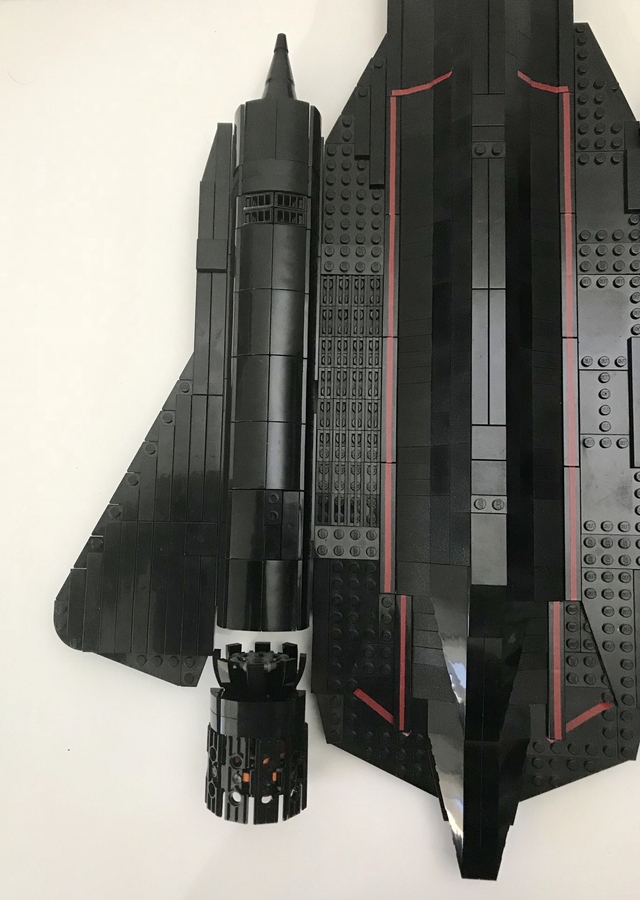 Lastly I would like to thank everyone for their support and help in sharing the model to get it this far, and a very special thank-you to my partner who has supported my Lego efforts for a long time and to whom I owe a lot more than these few words.

My SR-71A made a visit to Australia’s biggest Lego Convention to help drum up some support.  Brickvention 2018 was held in Melbourne  over the weekend of the 20/21 January with about 20000 people coming through. 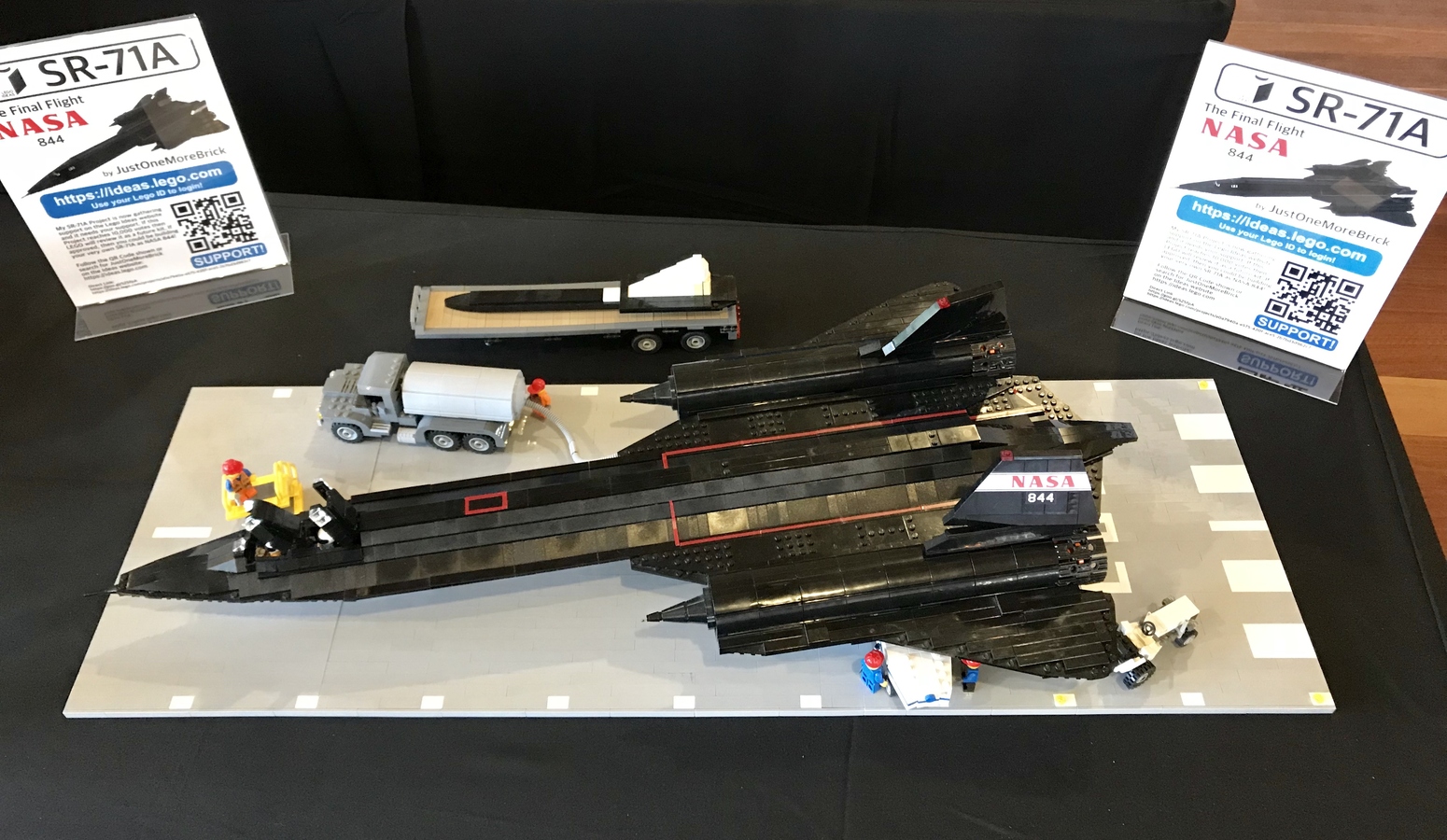 I have a new wing angle and a more detailed engine to be fitted after the convention so keep an eye on future updates and remember to keep sharing!

2/3 of the way there and it is getting harder.

The main update is the new dual cockpit configuration.  I’m happy with the look, even though the canopies are slightly longer than the correct scale they do operate in the same way as the real ones.  It is hard squeezing our short fat Lego Pilots in there but it works! 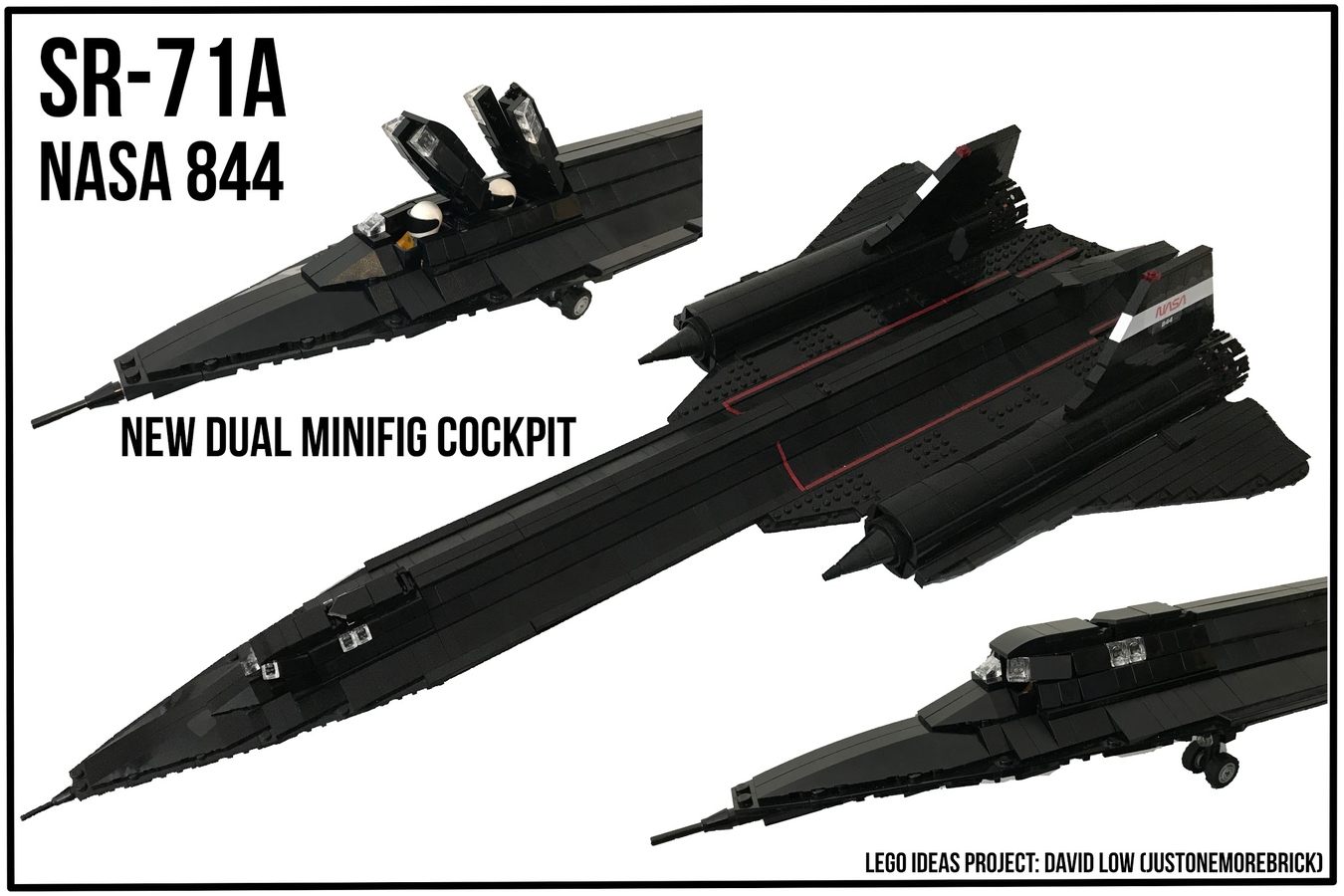 I’ve also MOC’d up some of the markings I’d like, mainly the red ‘no step’ line around the fuselage. I’d like to have these as printed tiles, with a red strip up the middle of the tile.  This would give the correct width as doing the stripe using red tiles makes it too wide and distracting in my book.

I still have a few more updates to put forward on the march to 10000, and if we get there, I’d like to think I’ll have it finished by then.

Thanks all for the continued support as we have hit 5000!  I have been working on a number of updates and was hoping to have the new dual cockpit developed further but that will be in the next update due to some other structural changes I need to make to allow for it and 5000 came around too quick.

I've always had a version of a single cockpit but not used it initially as it is not correct for the SR-71 which always had a dual cockpit.  I've included it in this update to show the look I'm after which is keeping the brick-built windscreen, as there is no good fit from a Lego windscreen piece.  It is a challenge to cram it all in there as our Lego Pilots are a little shorter and fatter than the real SR-71 Pilots and I'm conscious to keep the clean lines of the SR-71 and maintain the scale model proportions. 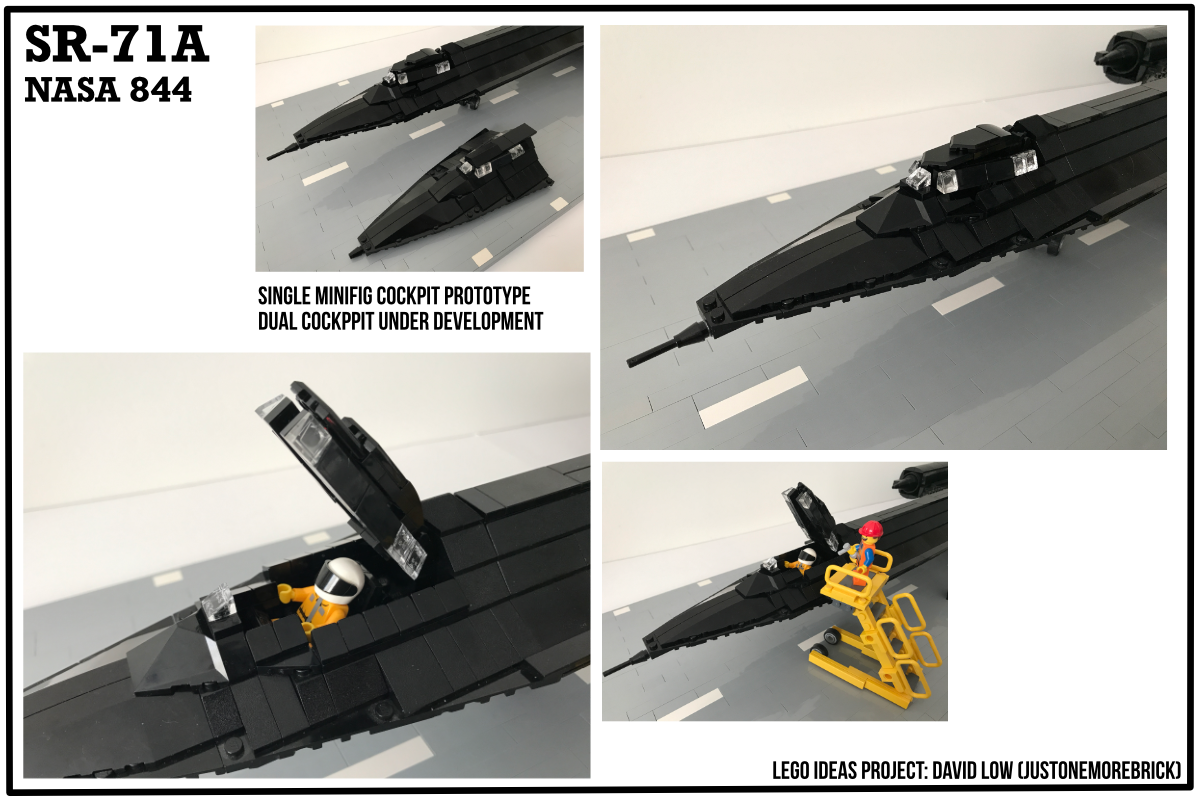 Also once you start opening the cockpit, then you'll need some stairs to get up there.

I've also updated the AG330 start cart to the correct NASA colour scheme.  My original pictures used an older version of the starter cart I had in yellow, but that was more commonly used by the Air Force.  The new pictures also show the moveable vertical fins. 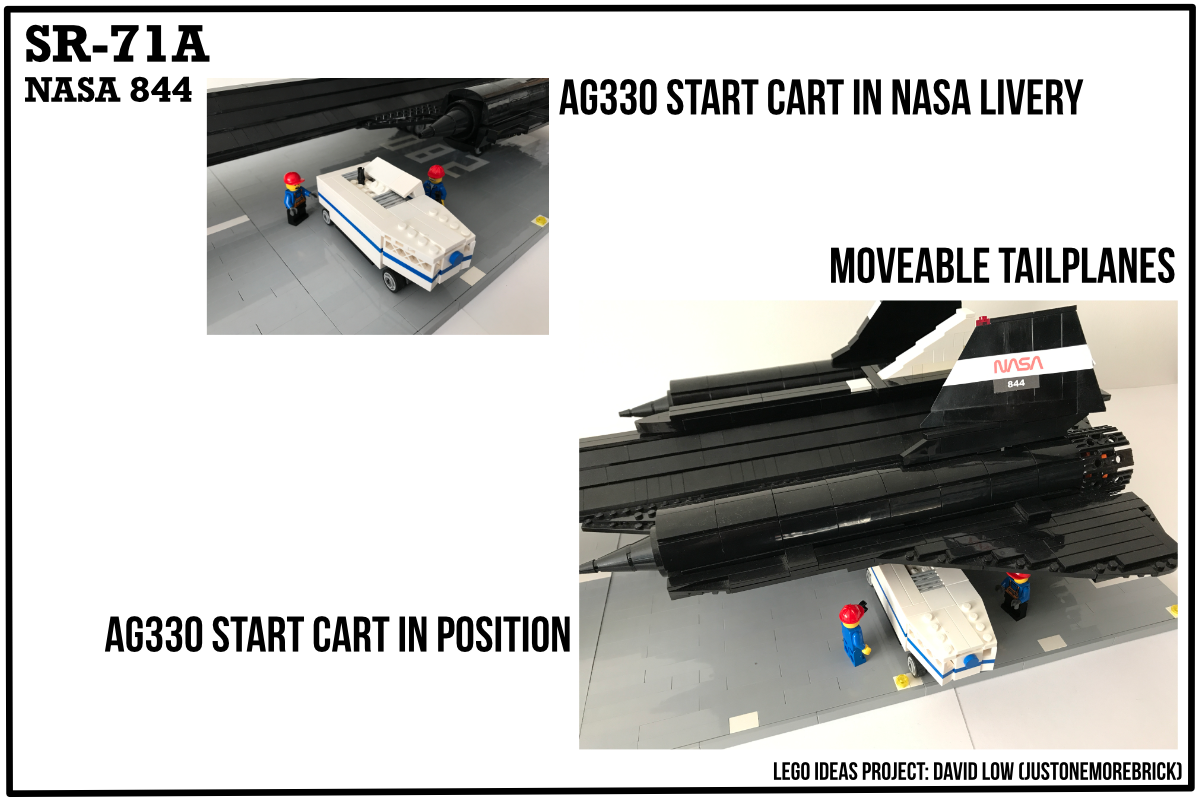 Once again, thanks to all for your support and please keep sharing and spreading the word wherever you can to keep it ticking along.

Well we are rapidly approaching 4000 votes but I feel the hard work is about to begin to keep it going to 10000!

NASA 844 was used for the Linear Areospike SR-71 Experiments (LASRE).  The canoe and aerospike engine were attached to 844 to allow for testing of a reusable launch vehicle.  My mock up is a pretty simple version but shows the amazing power of the SR-71 with it able to perform with such attachments. 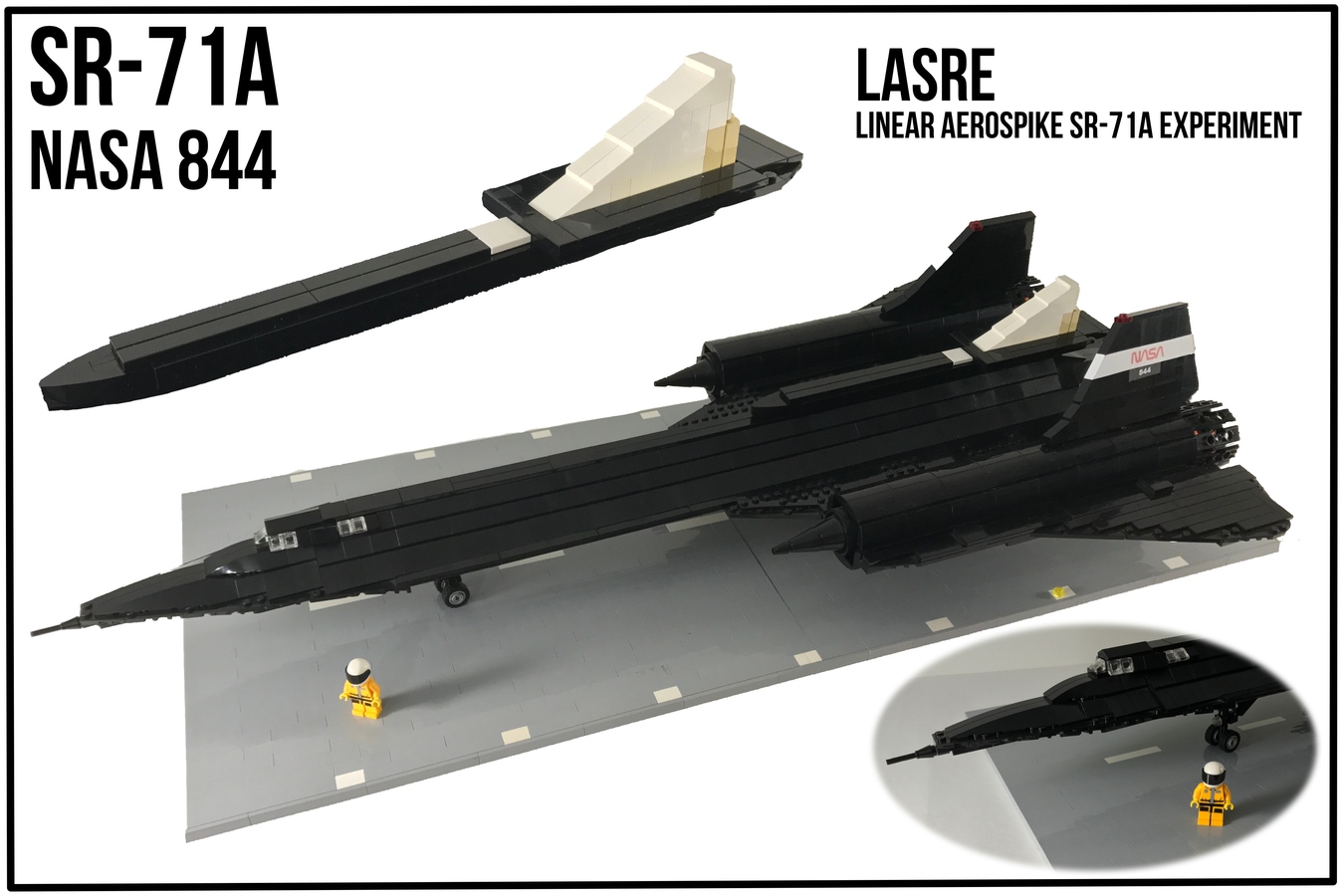 Thanks for the ongoing support, and please keep sharing!

Well I was watching the numbers climb steadily and was planning on some updates on additional development I've been doing when I hit 1000.  Well it jumped overnight and I'm not ready yet so please stay tuned, updates to come.

I can only assume it might of got blogged somewhere which has seen a big jump in interest so a big thanks to all those supporting and sharing.  Great to such so much love for this magnificent aircraft out there and fingers crossed it will go on.

If anyone does see it appear on other sites, then please drop a comment or a message to let me know.  I'd like to keep track of all those who are supporting the effort and if anyone has a contact at NASA, then please get in touch.