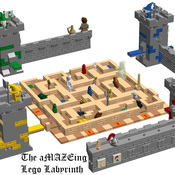 The mage inside the labyrinth! 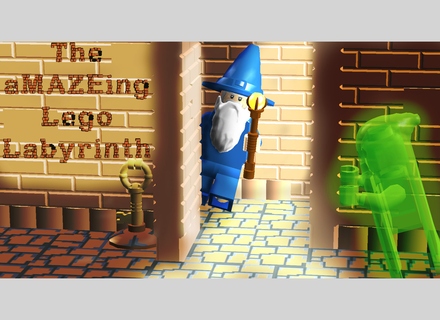 The new board can now disassembled in four parts, with an aesthetic improvement! 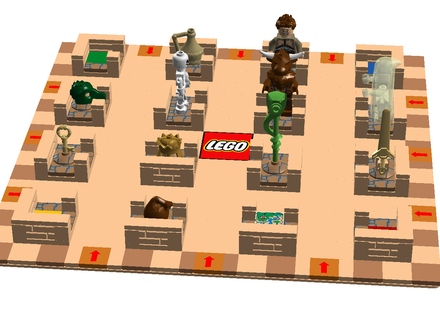 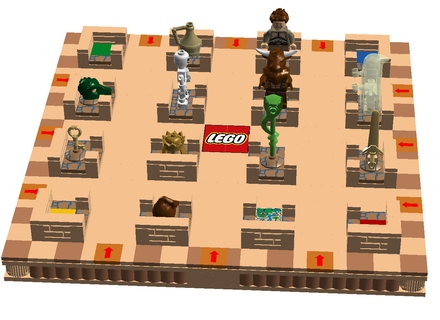 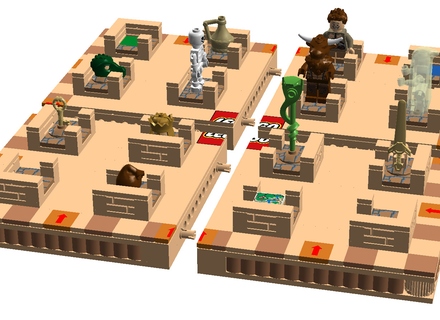 Thank you for all support! We've reached 100 supporters! 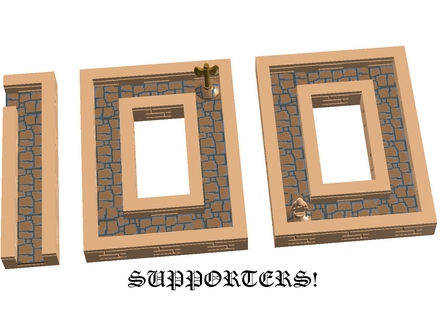 New artifact! The ring is now replaced by the minotaur! So the ring is no more one of the 24 artifacts of the game.

For advices write in comments :) 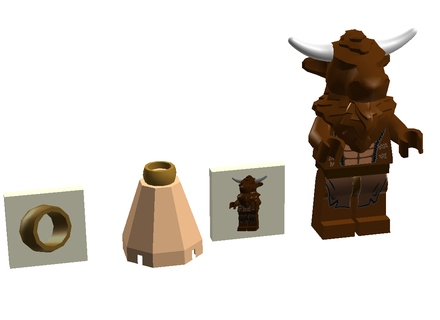 Improvement of the maze pieces with object! Now they all have the "stone path" decoration! 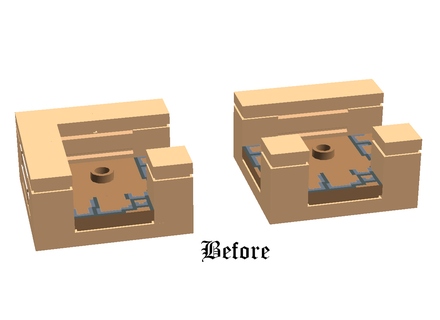 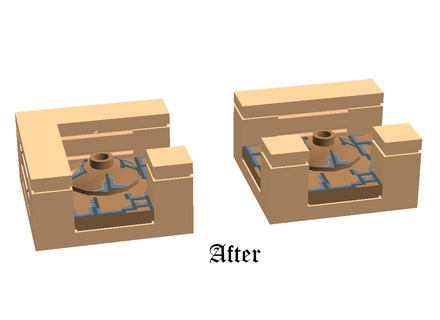 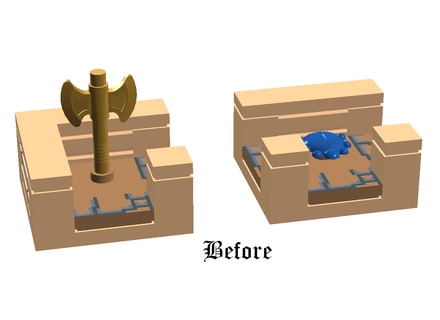 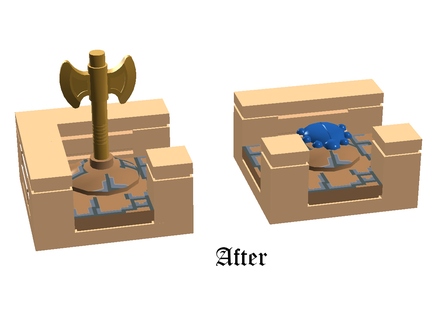 Now with the Lego's Logo in the centre of the game board! 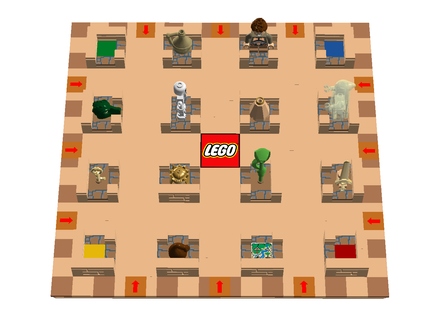 Now the maze pieces have a stone path on the flat tiles! 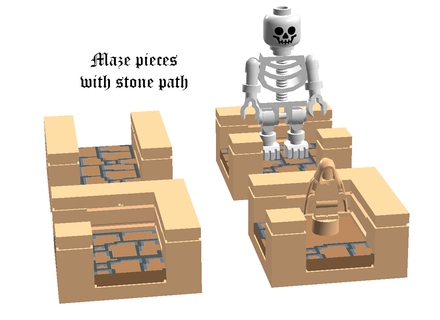 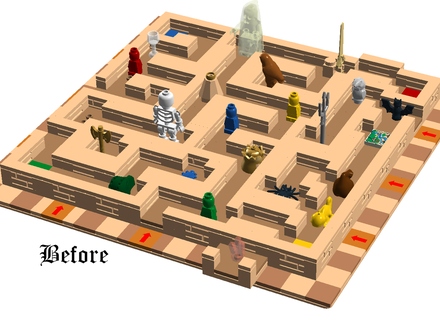 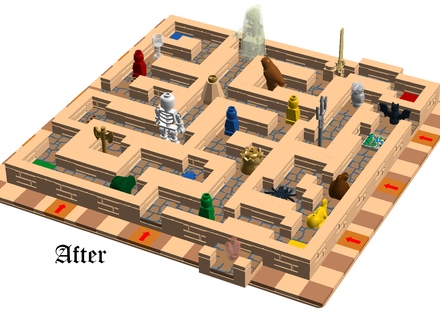 Shuffle the maze pieces (or maze cards) of the game board (read the update THE BOARD GAME) and place them face up on the board at random, thereby creating a chance patterning of maze corridors. One maze piece will be left over. Shuffle the 24 treasure cards (the 24 flat tiles 2x2 with the imagine of the object to collect; read the update THE CARDS & OBJECTS) and deal them out equally among the players face down(in the tower, loading it by the sliding cart; read the update THE TOWER). Choose a pawn and place it on the board on the corner position of the same color.
Turns are taken in clockwise direction. The players decide who will begin.
If you are the first player, look at your first treasure card and return it, face down, to your pile of cards (put it on you side of the wall; read the update THE WALL). This is your first GOAL in the labyrinth. You may not look at your other cards (so take the second card from the tower until you have reached this first GOAL).
To reach your goal you must shift the walls of the maze. This is done by pushing the extra maze card into the labyrinth at some point so that you can move as far as you wish along its open passageways.
From the edge of the board push the extra maze card into the labyrinth. The places where the maze card can be added are indicated on the edge of the board by an arrow. The maze card that is pushed out will become the next player's means of shifthing the maze. Until the next player's turn, the new extra maze card is left where it is so that all players will know how the maze has been shifted on this turn.
You must move the maze before each turn, even if you don't need to in order to reach your goal. This way you can wall in another player!
You may not immediately reverse the last player's move by returning the extra card to the position it was just pushed out of.
If the shifting maze pushes out a player's piece, the piece is transferred to the newly inserted maze card at the other side. This applies whether the piece belongs to the person making the move or to another player.
Transferring this piece does not count as a move.
After shifting the maze, move your pawn as far as you choose along the open corridor. You can also choose not to move at all. Often you will be able to reach your goal in one move. If not, try to get in the best possible position for your next turn.
More than one pawn can occupy a single square. Once you reach your first goal, take this object and put it on the wall (read the update THE WALL)  The next card you will take from the towe will be your next goal.
The turn then passes to the next player.
END OF GAME: Once you have reached all your goals you must return to the corner position from which you entered the labyrinth. The winner is the first player to turn up all the treasure cards and return to his or her starting position.

The four towers (one for each player) allow to shuffle the cards (with the object that players have to reach). The mechanism is composed by a vertical sliding cart that allows to load the tower with the cards (the 24 flat tiles with the designs) and an horizontal sliding tab that pushes out one card at time (the players will able to take the cards during the game).
The towers can contain a variable number of card according to the number of players: 12 cards if there are 2 players, 8 cards for 3 players and 6 cards for 4 players.
Each tower has bricks with holes for connecting with THE WALL.
On the top of the towers the mages control the pawns inside the labyrinth.
Take a look of the video for more clarifications and leave comments for advices! 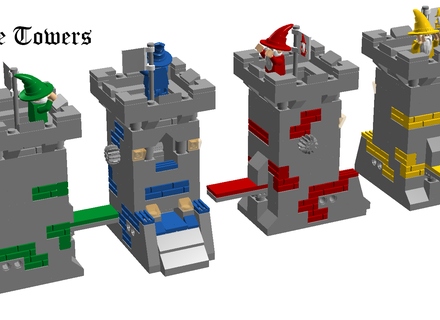 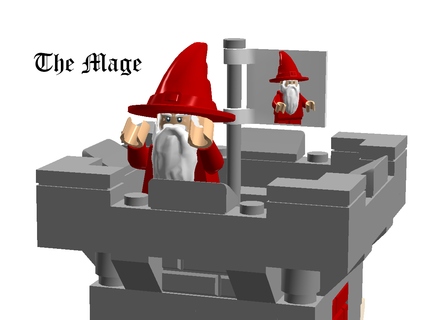 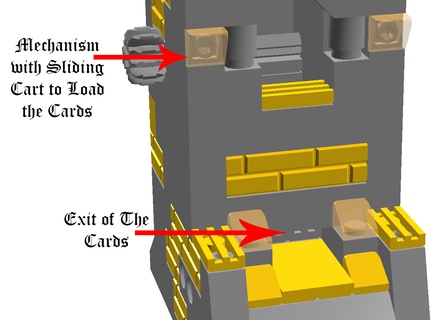 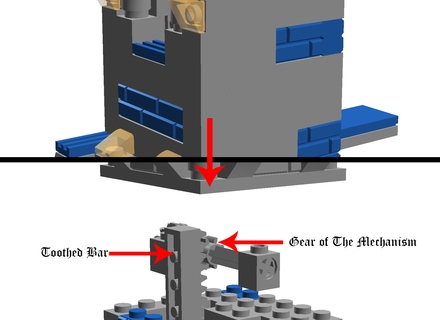 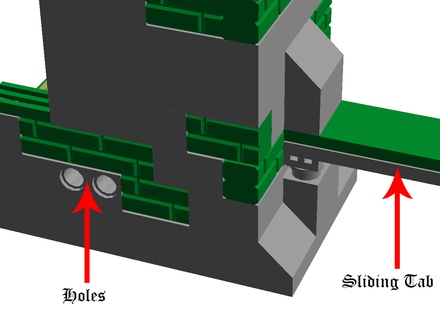 The wall allows to the player for recording the goals during the game. The walls are 24 (one for each object) and are to be distributed among the player according to the number of players: 12 walls for each player if they are 2, 8 walls for 3 players, 6 walls for 4 players.
Every piece of the wall allows to hang the cards on its player's side (thanks to a 2x2 plate) and to hide the card from other players. Once the player has reached his goal, he can put the taken object on the top of the piece of

the wall with the corresponding card.
On the sides of the pieces of the wall there are holes that allow to connect the walls and THE TOWERS.
Look the photos below and leave comments for advices! 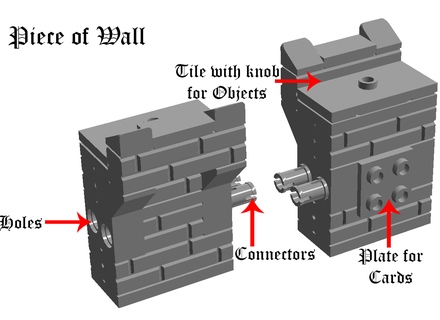 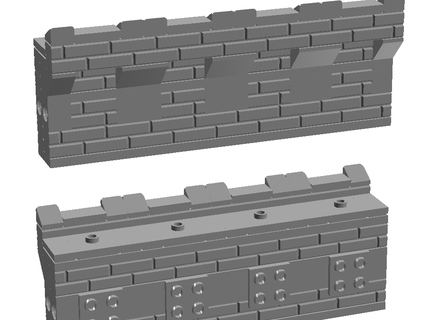 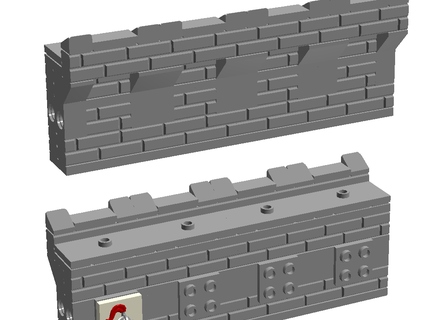 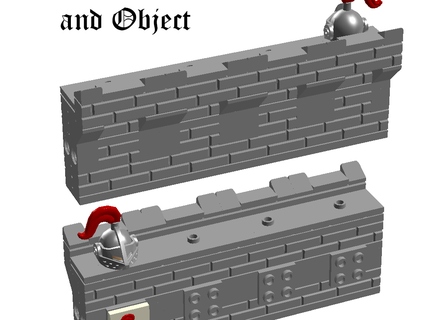