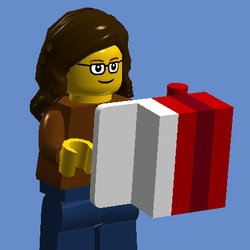 This is my miniature LEGO Technic interpretation of a steam shovel. These machines were used in the late 19th and early 20th century in quarries and construction sites as the forerunners of the modern day excavators, and some still survive in working condition.
My model has four play features, not including the turning caterpillar tracks:
The model is very lightweight and very small, but packs in a lot of play features for its size! Here is a link to a video:
I think this set would be popular with children who like playing building sites and with adults who are into their turn-of-the-century machinery. The small size would also place it in an affordable price range, making it more attractive to buyers, and it is fairly easy to build too, so it would be suitable for a wide age range.
Thanks for taking the time to look at my idea, and please support it if you would like it to become a reality!
4