Plum Creek - The Little House on the Prairie 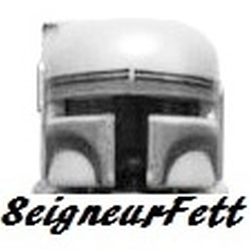 Laura Ingalls' story became a TV show in 1974 : The Little House on the Prairie. The Ingalls left Wisconsin to settle in Kansas. But after some months spent in Kansas, they moved to Walnut Grove, Minnesota. The TV show tells the life of this pioneer family in Plum Creek, near Walnut Grove.

I wanted to build the farm of the Ingalls as we can see it in the show for a long time. Now I've done it ^^

I tried to do the house and the barn as close to the real ones as I could with Lego bricks. I'm quite pleased of the result :) I think that the most difficult in this creation was to find how to do the walls of the house.

I believe that this Ingalls house could be a good Lego set. But actually, I think that the creation as I present it to you could not be a Lego set, because it is too big. If the project get 10 000 supports (I hope so :) ), I think that a set with just the house, the cart and the minifigs (around 1 500 pieces) would be perfect. Five minifigures could be included : Charles, Caroline, Mary, Laura and Carrie, and also the dog, Jack !

You can easily remove the roof to access to the interior of the house, and play again the famous scenes of the show ! The playability is guaranteed !

Hope you like it, and if you want to get the Ingalls in Lego, don't forget to support !

NB : Thanks to TheBrickAvenger for the main picture editoring.