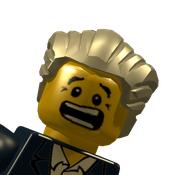 By ILike2EatFood
9 comments
Introduction
Have you ever seen an animatronic before? perhaps you have but just didn't know what it was called? or maybe you have heard of the animatronics from the scary fictional series of Five Nights At Freddy's? No no, real animatronics aren't that scary! Let me fill you in then.
What is an animatronic?
An animatronic is made up of cable-pulled devices or actuators to animate a replica of a human or an animal, or bring lifelike characteristics to an otherwise inanimate object. They are like robots! Being first introduced by Disney in 1962 for the film Mary Poppins which featured an animatronic bird. This was controlled fully by bicycle cables. Modern animatronics tend to use robotics and have found widespread applications in movie special effects and theme parks and have, since their inception, been primarily used as a spectacle of amusement, they differ from being a robot as they not interactive, easily-programmed or have a wide range of sensors.
About the build
The animatronic I have built in LEGO is one that is primarily used as a spectacle of amusement, entertaining 2 guests, as well as a mechanic idling by, in-case the animatronic breaks down, with tools to help him fix it including a screwdriver and a drill. The animatronic is very pose-able and sturdy.
Closing Statement
Animatronics are very cool creations, and even though I have never seen one in person, I already love them, and I'd love to share my love of them through this being an official LEGO set, so others can learn about how epic these robots are!