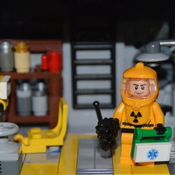 By Jason Brickman
9 comments
This is idea to create a Lego fallout shelter complete with a zombie. This idea started from my original concept for creating zombie sets and booster packs from Lego. I thought a fallout shelter would make a great set that could be built upon or expanded to suit individual fans of Lego.

The set consists of two main sections top and bottom that can be separated for more playability. The top section is the entrance to the shelter while the bottom section is a living or work environment. The bottom section incudes two bricks that would allow for the builder to attach additional structures. I plan to create a secret underground laboratory to attach to my build via a walkway. 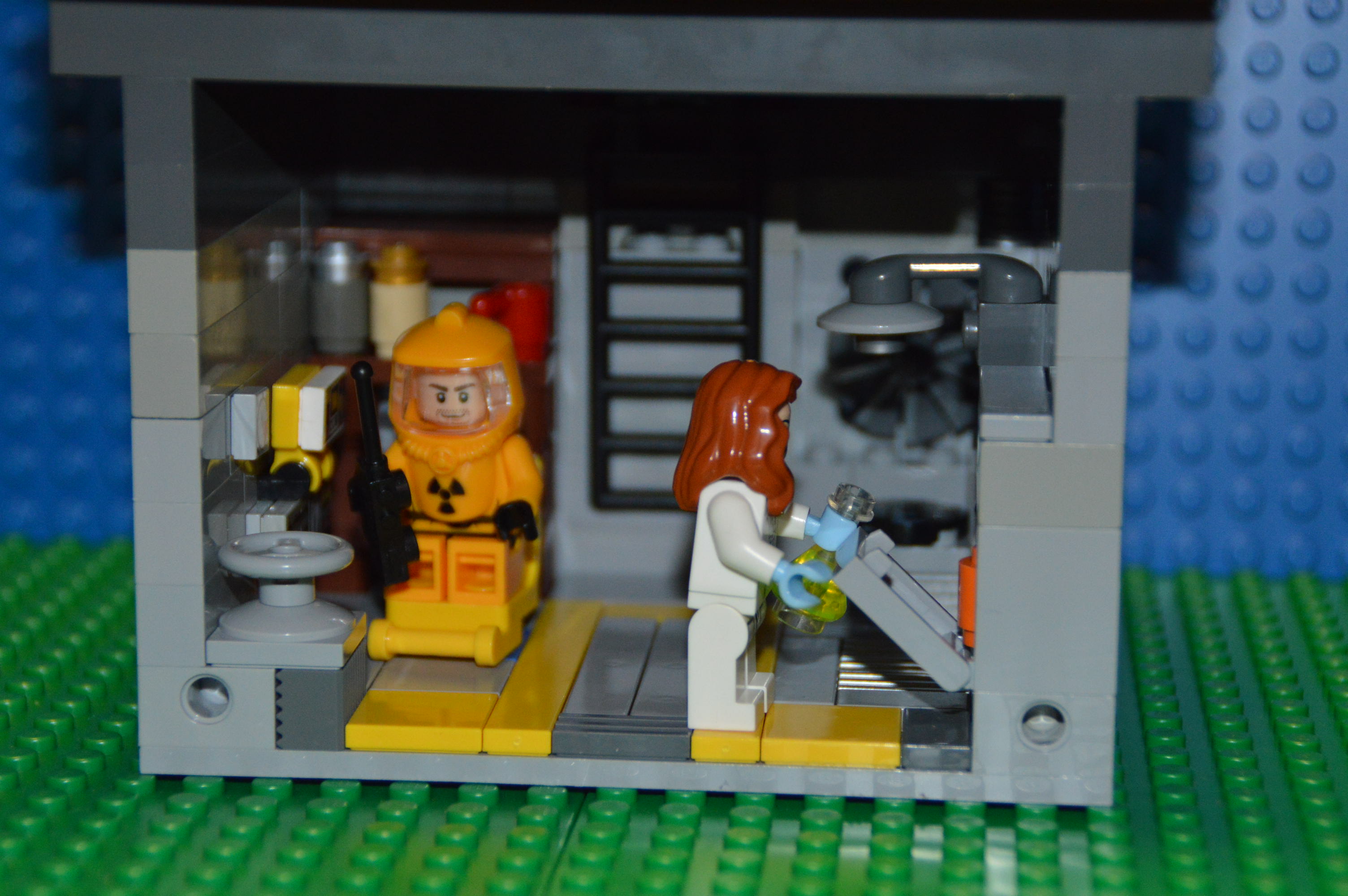 This is the lower section complete with computers, shelves containing food and drinks, a toilet and shower, testing and analysis areas and a furnace. I have chosen two scientist figures to occupy the fallout shelter while conducting research in various fields. 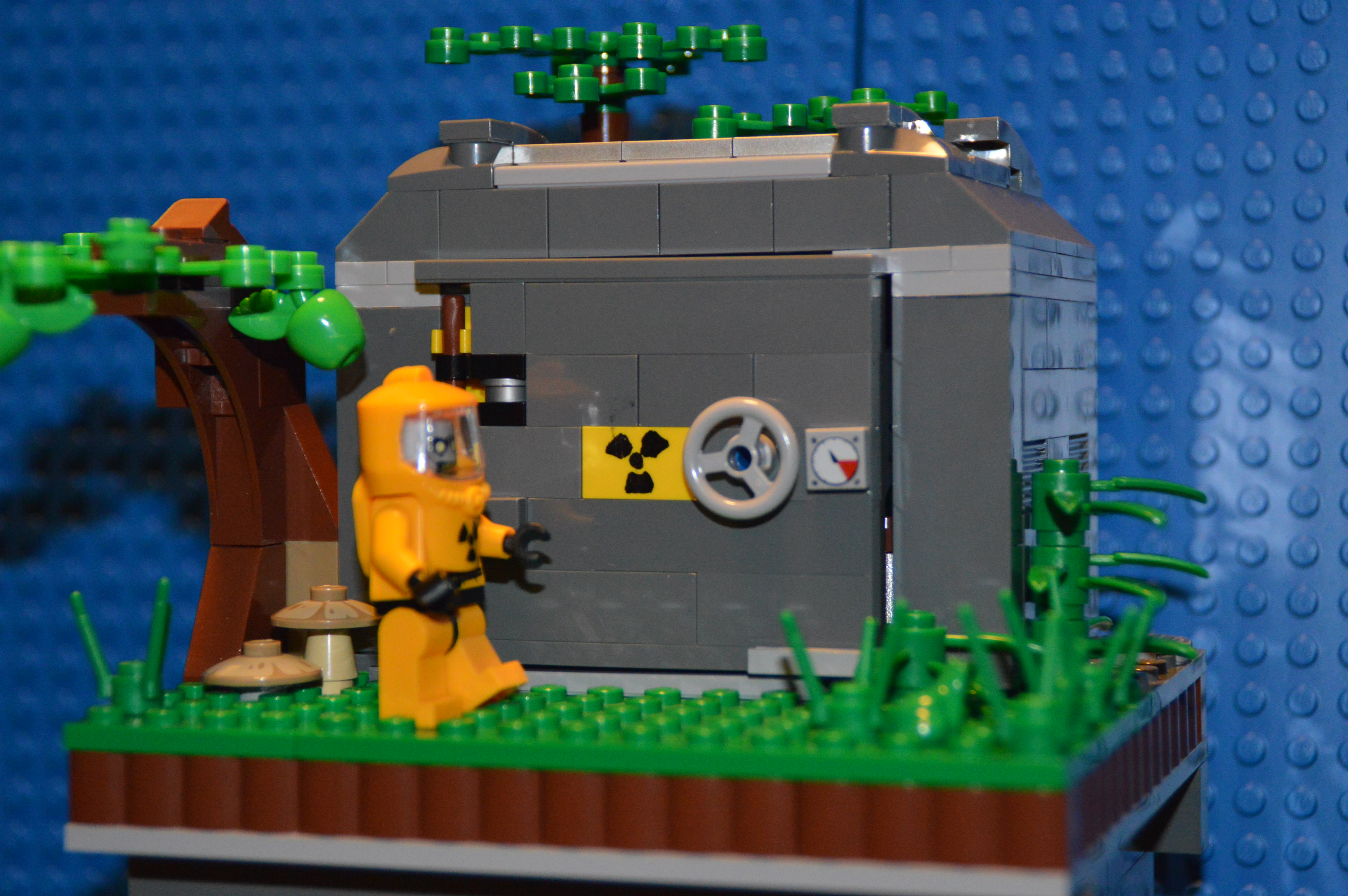 Meet Bob the Zombie that I have included in the top section of this project. Did you say hi Bob? He is in a hazmat suit which I think is awesome.

The shelter is situated in a garden growing out of control while the owners are working underground. The blast door has one basic hinge and opens easily while being very durable.

Inside the blast door is a table, a chair, a flask of formula and cup.
The entire back panel for the top section can be removed for better lighting and playability. The two sections can also be separated for easier play while remaining very durable.

I hope this project gains a lot of support especially from fans of the zombie/alien genre. The set could be used in a number of scenarios and would be great for brick films other ideas could be used with aliens, a secret lab, 1950/60's style architecture as these shelters were popular in that era. 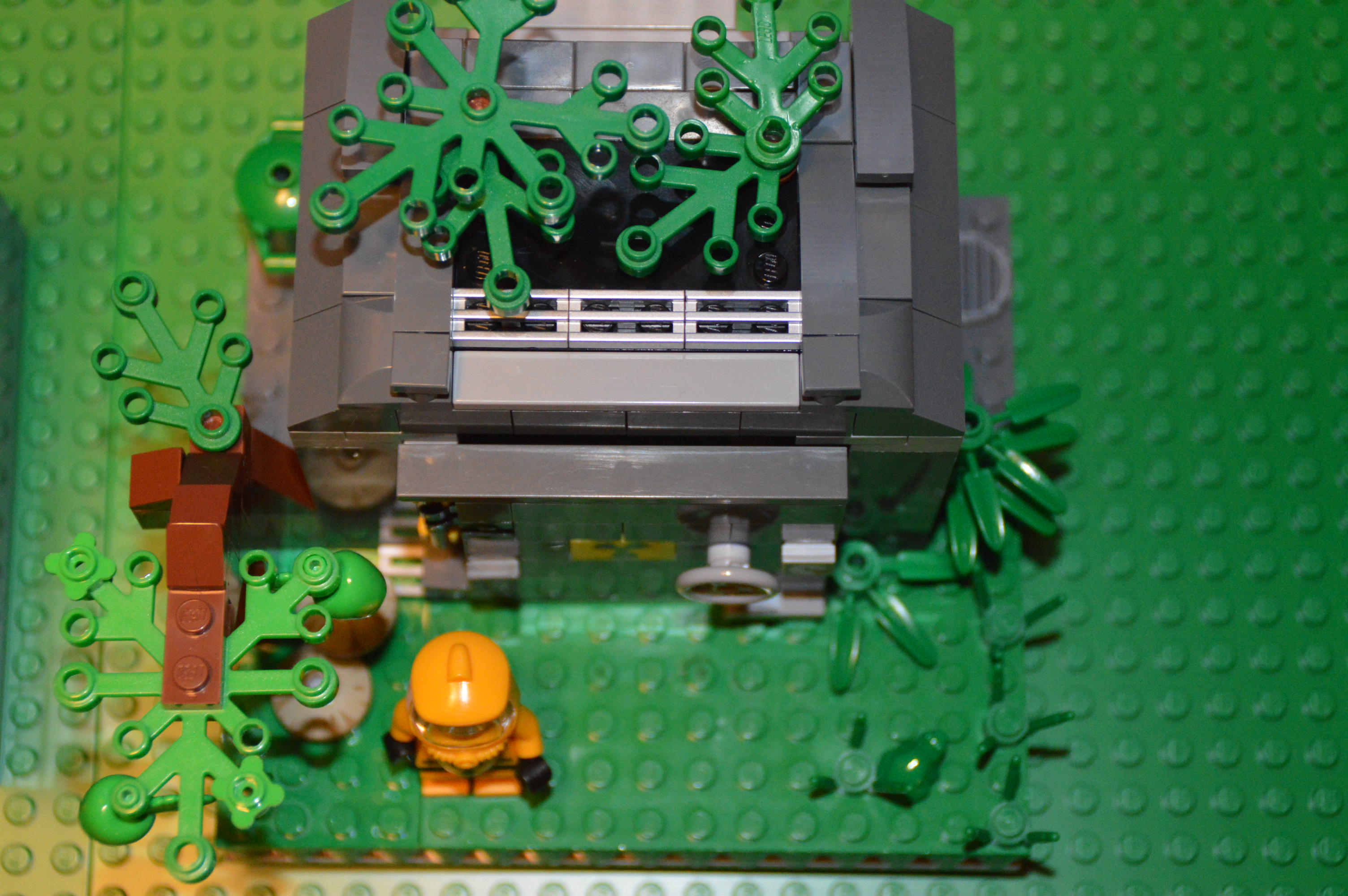 This is the top view of the fallout shelter with some overgrowth that could act as camouflage or show signs of a long stay underground. 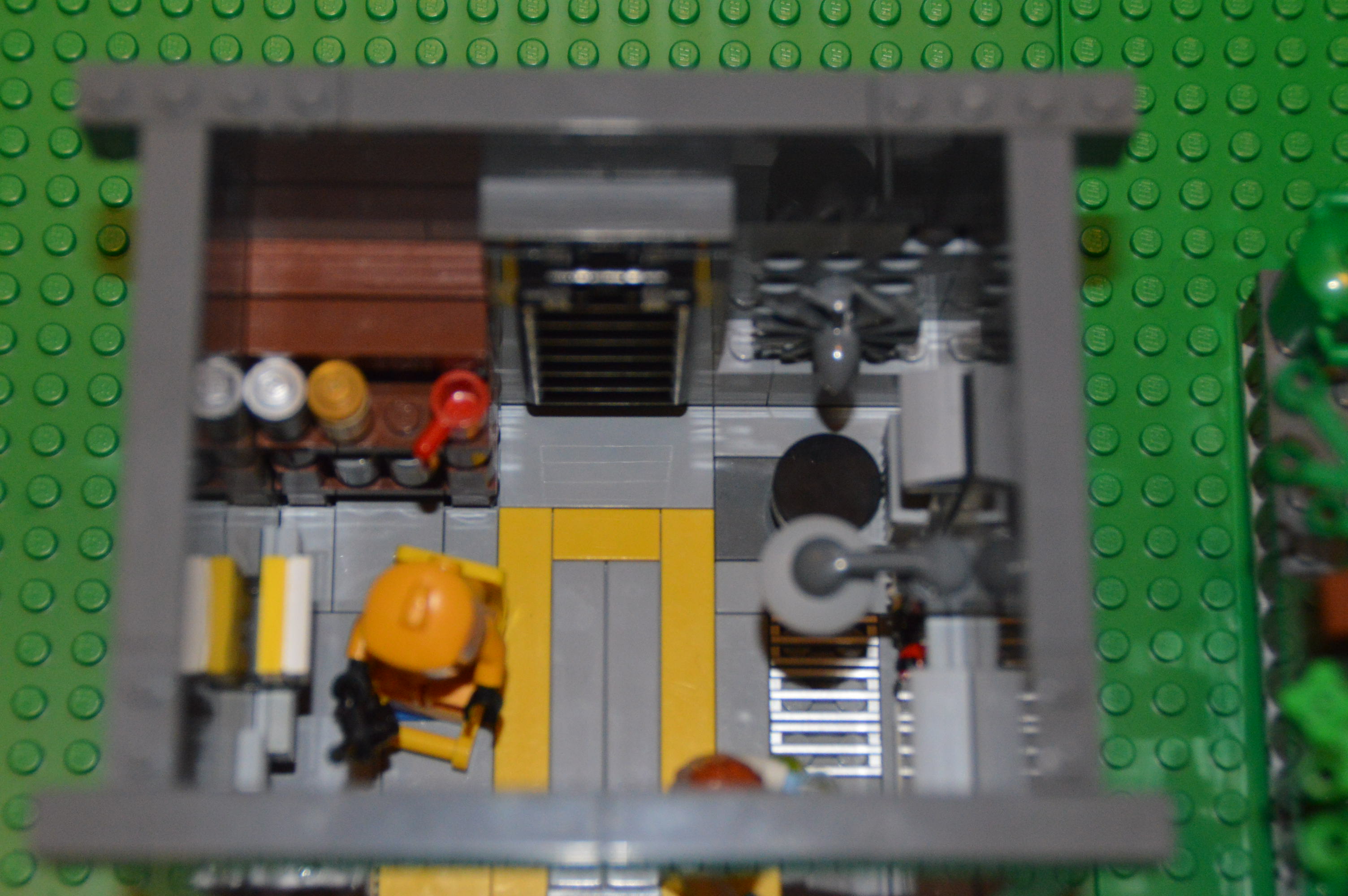 Inside the work area of the lower level includes a ladder to reach and exit to the top level, supply cupboard, computers, monitors decontamination shower that can pivot left or right, a toilet in the corner and a furnace. located on the walls there are also medical kits.