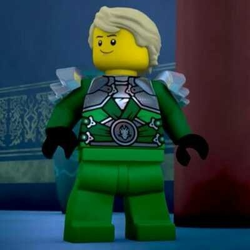 This is Ninjago 2.0 with new ninjas, villains, and vehicles. Louwa second green ninja in his samurai armor as well as one titanium snake, three civilians two of which are under snake control, and a ninja assault bike designed by Cyrus Borg. Also includes several extra weapons a snake controlled head for the third civilian and a snake drone destroyer.

This is a Lego Digital Designer project and will be part of a series of Ninjago Lego sets to be developed.