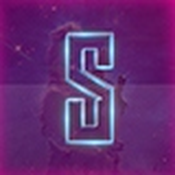 This Set is a Mars Mission Based LEGO Set, which features alot of well-known MM patterns.

It has a main astronauts ship, which can carry up to 2 - 4 astronauts.And, To Add more depth, a small Alien Ship featuring one alien.

M.T.A.S,also known as Mobile Transport Armored Ship, is made mainly for transporting safely austronauts from one base to another.It has multiple playability features, such as the cabine window easily taken off, and the roof piece in the center of the ship too.It has a tube at the back with enough room for a small alien minifig.4 total engines on the back, and a load of cannons. The Alien ship has two cannons, one main area for a small alien, and 4 wings.