Giant Lord of the Rings Chess 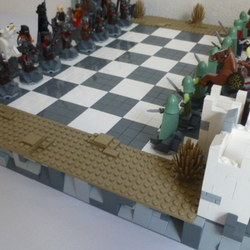 This is my first MoC (My own Creation).
It shows the Battle of Minas Tirith in a game of chess.
So, if you want to play the epic Battle of Pelenor Fields as breathtaking game of chess, then please support this project.

On one side of the chess board you find Minas Tirith, nearly half destroyed, that Aragorn, Legolas, Gimli and the Army of Death try to defend.
On the other side you see the Ruins of Osgiliath, that reach to the River Anduin, from where the Orc Army starts their attack.

So, decide by yourself what side you choose in order to destroy the Capital City of Gondor or defend it with all your power. 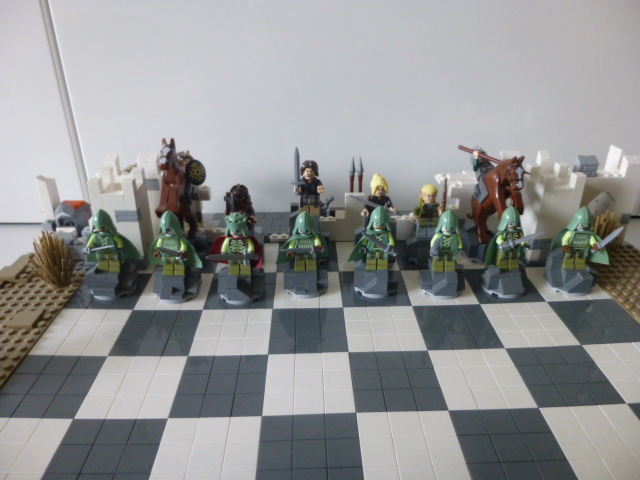 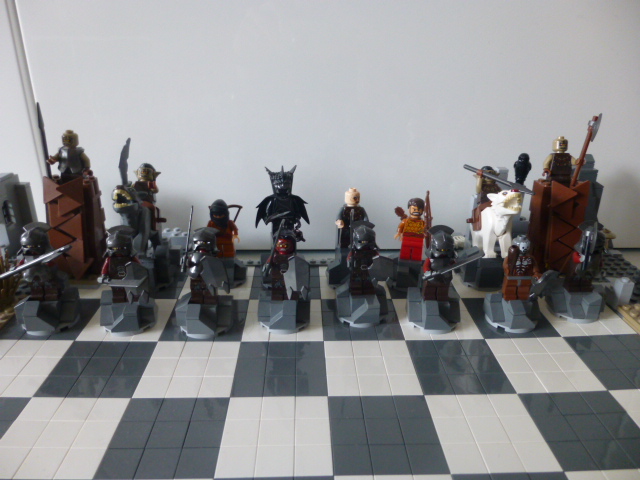 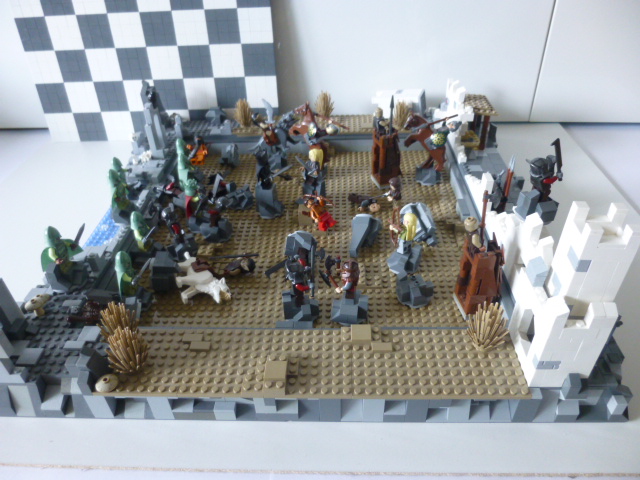 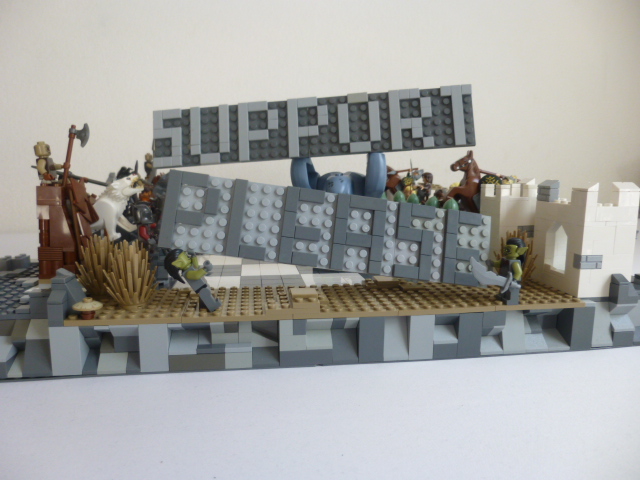 If you want to own this masterpiece with its 30 figures and some thousand LEGO pieces in order to have the magnificent top of your LEGO collection then support it by pushing the little green " Support " button ;)