This Lighthouse Belongs to Me (Roar!!) 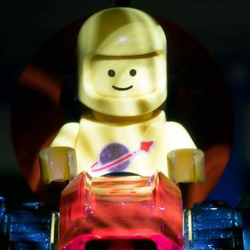 Having so many thick white bricks lying around (and filling up my tubs) I needed a project that needed lots of bricks... The dragon followed later during the build process, the resulting challenge on how to attach him to the side (using technical rods through the claws). Next off was to learn how to blend the shot onto a real-life landscape shot (taken at Dunraven Bay in South Wales). The lighthouse will become part of my Ninjago City expansion project and I think the dragon will stay!
20