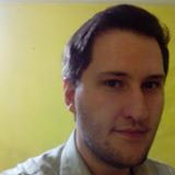 By Alexmorsilla_8413
34 comments
The most iconic robot from all times Mobile Suit Gundam RX-78-2!!!
In his best Lego shape, the Gundam is ready for the fight for the Earth Federation. Using the 30th years anniversary design from the Japanese statue.
You might don't know the Gundam series but you might see the movie Ready Player One. During the final battle, Daito uses the Gregarious 120 artifact to turn into the Gundam RX-78-2 for two minutes to fight Nolan Sorrento's Mechagodzilla.
I made Stop motion with the Gundam to show a cool design for you that Dont know the series or for you, that is Gundam fan.
Like the Anime the cockpit also open and the door from the Gundam have the robot control panel in is inside part.
I've made my masterpiece the best Gundam that I can build for me and the fans from both series.
We can make this project come true. Let everyone knows how Gundam is important to us!!!
Thank for reading and I ask your help, my friend, because if you like giant robots (even if don't no the series) you are my friend, so vote and ask your friends to vote and share the idea (Facebook, Instagram, and Flickr).