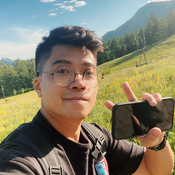 By Quangtran1993
46 comments
Alice's Adventures in Wonderland.
Just by hearing that name, the image of a little girl known as Alice having many wondrous, often bizarre adventures with thoroughly illogical and extraordinary creatures flashes through our minds. The hookah-smoking Caterpillar, the Duchess (with a baby that becomes a pig), the Cheshire Cat, the Mad Hatter, the March Hare, and of course! The Red Queen are ones of the notable characters in this story.
However, my creation is actually The Gate separating the Red Queen’s land from other areas, which I got the inspiration from the game American McGee's Alice developed by Rogue Entertainment and released in 2000. The Gate leads to a Wonderland that had gone seriously bad and gory. The only chance for Alice to restore her peace of mind and find out more about the death of her parents is to fight through Wonderland and free it from the evil powers. It is colored with white, red, and black, which can be seen on a standard 52-card deck; a heart symbol bares in front - a symbol representing Love but now leads to another possibility.
I have been a fan of LEGO for longer than I can remember. It is such an honor and joy that I can use Lego to turn my imagination, passion, and inspiration into tangible creations. I hope you can enjoy “The Gate” as I do.