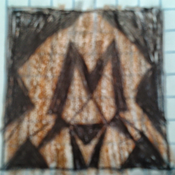 By Mrclo
19 comments
The car used by Ed and Edna in the TV show Ninjago, references for the model were taken from the episode Ninjaball Run, I'm sure many people wanted to see this model as an oficial set back when it was first revealed and some may still find it apealing to buy.
The set has aprox. 750 pieces, it's 34 studs long, 12 studs wide and about 10 bricks tall
For sure they could have repaired the car since it appeared for the last time on season 1,it's now season 15/16 so they had enough time to repair this vehicle, probably.
This model is not based not is it a modification of any previous LEGO set