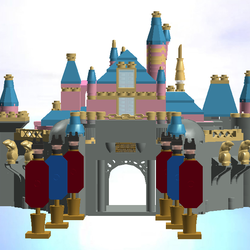 DisneyFan55
7
Disney has made several films since its first film "Snow White and the Seven Dwarfs"(above) premiered in 1937. Many people have grown up watching the classic Disney films that have made Disney a house-hold name. The LEGO Group would greatly benefit from making a theme based on some or all of Disney's memorable movies such as "Mary Poppins", "Alice in Wonderland", and "Lady and the Tramp"(all pictured below).