10K Club Member
GlenBricker
6
Wiz-War is a game designed by Tom Jolly and released in the early 80's.

At its core is a game of Capture the Flag. In this case two flags, while defending your own of course.

Your ability to gather and protect flags (treasure actually) is assisted/challenged by cards you draw. These cards can grant equipment, summon allies, create blockades and traps, modify the terrain, or have any number of various effects.

The system follows "pac-man" physics in that if you move a creature off the playing board, it comes back in on the other side (see picture bellow, A goes to A, B goes to B). This allows for very complex geometries of game play and up to 9 players.

The core one here is "modify the terrain" The game is played with one plate for each player with a maze built on it. Several cards let you add, remove, or shift wall or even move or reorient the plates. This works great with Lego as you simply adjust the bricks or baseplates however the card you play allows.

Also, the wizards, allies, blockades, and equipment are easily created in Lego or simply use existing figures as a natural fit. 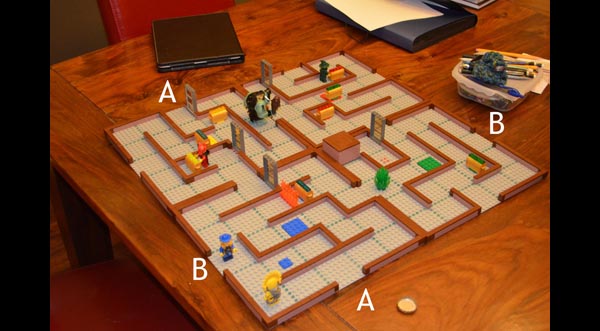 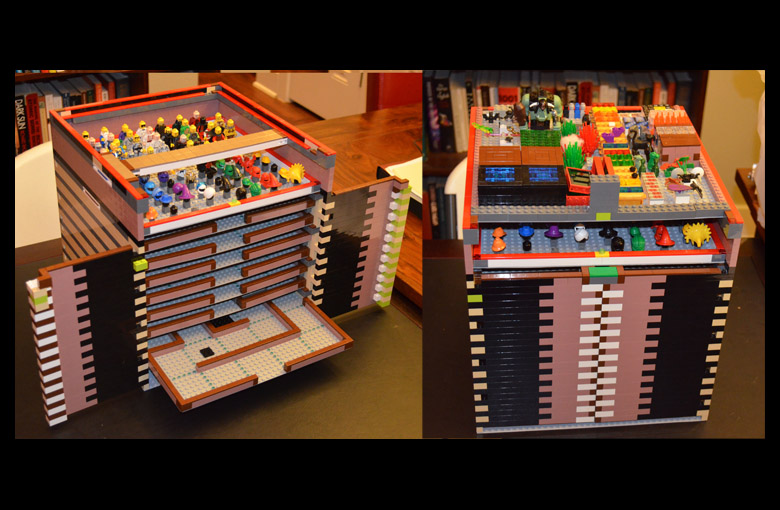 The above picture indicates a storage case designed for the set, but of course not required for game play.

Note: the pictures here depict a Wiz War build by Marc B. and are used with permission as this is a joint project.