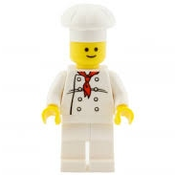 This is my idea of a late 70's style discothek, a heyday of disco clubs. Lego's "Disco Dude" minifigure set this build rolling :-) Also, inspired by the latest cuusoo models BTTF and GB30, i want to create an oldtimer pleasure build. I will talk about futher motivation and background at the end of the description.

As you can see, the result is a modular designed build. Constructed with genuine Lego bricks.

For me, music and dance is the center of disco. So the build starts with the dancefloor in the middle, surround by the other features. To expose the floor more distinct, it has an octagon shape. It is illumated by gray and glass spots from The Ball.

Nothing else express a disco concept more then the mirror ball. So it has to place to the center also. The ball itself was challenging to create (I'll send partlist on demand), but to make it floating, that i found a real brainteaser. By surprise, i just had to follow the very early solution, to connect it on top of the bar.

The bar section has seats, guests, a barkeeper and drinks, of course. Each time in disco I found myself amaze about the numerous bottles of liqueur. So i placed plenty on the shelf, imitate more than this by dark glasses in the back. And add some usual bar tools. At most places you'll find a fan at the bar, to evaporate the drinks you just ordered ;-}

The nerve center. This is the section where I am getting fevered. A full setup with turntables, mixer and record collection. Here you can find the only exception of a not-yet-released sticker - a print of the most important disk of these days. Not to overload the left wing, the sound systems goes separeated to the back. And to the front, the cable connected loudspeakers.

As you expect, lights are everywhere. Mostly known is the flicker of the stroboscope. That fits perfectly left corner. It has a Lego light brick, so you can flash light to the disco night. Some floodlight are connected to the bar. On the ceiling there are spotlights, you can rotate togehter with the mirror ball. In the right corner, there is a more ambient light together with a fiberglas lamp. And at the floor, a chaser light.

The right wing is to relax, to watch or to meet. Sofas, side tables and lava lamp to cozy the guests.

I choose for some flashy colors while also stimulate late night feeling. There are some pictures, i did at night time - that is when the disco spectacle usually starts - and some pictures at day time, to have a clear view. The guests are adults, mixed from several figures I could effort - yellow skin only.

Depending on the feedback, i'll publish details and parts list later.

If you like to watch the build via a simple camera movement, there is a video on Youtube I placed.

Once upon a time in the past, I had some several Lego City Sets where the figures had no details but the head. Nevertheless i construct a lot with that in my childhood. Afterward, as a man in the prime of life, I collected disco records of the 80's and 90's. I was too young, so I miss the 70's but had always a link by music to that epoch. Decades later, as a parent, I realize the today's Lego world. With my little doughter I restarted to play the bricks. And driven by these deep impacts of my own, now it turned out into this build - The Lego Discothek.

During the build, i recall a lot of disco music, amongst others, The Break, Edwin Starr and Voyage.