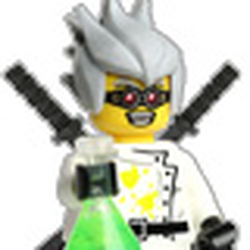 By bannerninja
2 comments
This idea was inspired by my recent acquisition of a lego train set and noticing that there are no box set options for overpass and bridges for lego city - seems like a missed opportunity for creating even more interesting roads as well as some fun building opportunities.

I imagine the overpass and bridges could come in a variety of sizes - the overpass being the smallest and most simple set, then moving on to a larger bridge with multiple arcs and finally a suspension-style bridge that can be raised to allow boats to move underneath.
This would also allow for building opportunities for a good age range as well as offering box sets in a tier of prices.

My own sketches will have to suffice for the illustration of the ideas - please bear with me :)

*** Lego models shown are official models and not made by me *** 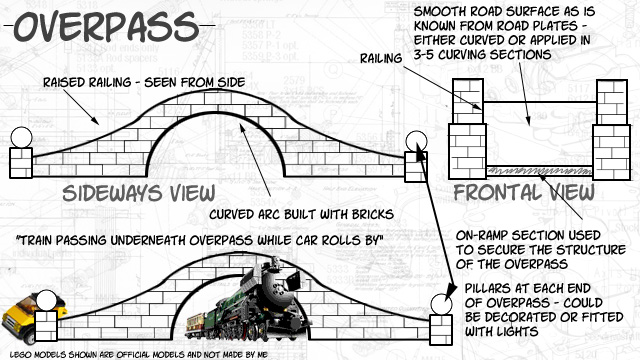 The overpass is the most simple set - allows cars or even pedestrians to cross the train tracks safely while the trains roll by underneath.

Lately I have seen all sorts of interesting bricks with sound and lights in - I was thinking that a special "lightbulb" brick might be added to the pillars at each end - allowing for something akin to old fashioned mood lighting for the bridge. 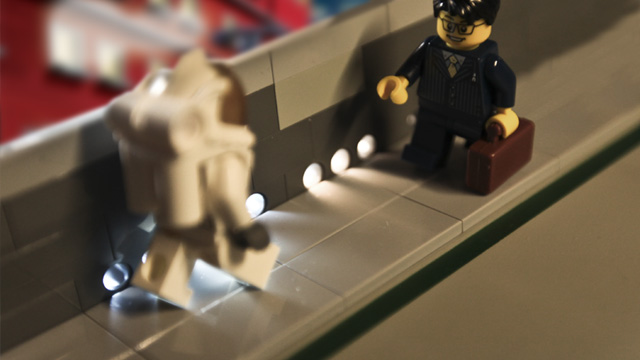 Idea for bridge walkway - illuminated with the use of a light source and some technic bricks. 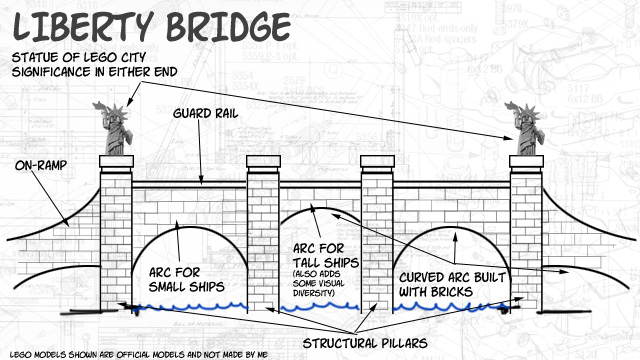 A more traditional style bridge would be the next level - still allowing for some interesting challenges with multiple arches and with some visual diversity built into it - also adding to the visual interest would be statues or gargoyles placed at the entrance to the bridge in either end (I had the Charles' Bridge in Prague in mind when I thought about this); could be an opportunity to add some fun minifig statues of significance to Lego City to the set.

Again the bridge could have several component tracks - rail, road or pedestrian walkways. 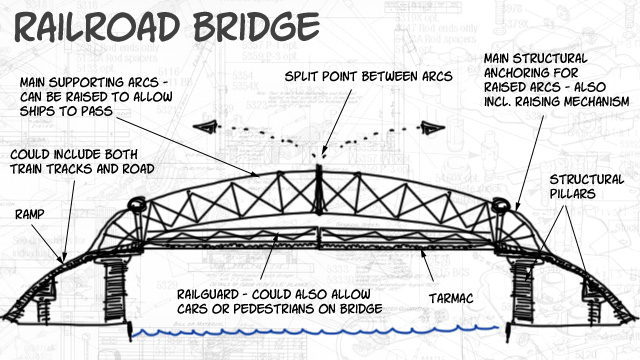 The final set would be a classic iron girder railroad bridge for crossing water with two sections that can be raised/lowered to allow ship traffic to pass as well as multiple crossing ways (tracks, road, walkways).
The girder arches that holds the two parts of the bridge could be constructed in the style of the lego city construction vehicle arms (such as the arm on the 7632 Crawler Crane) or constructed from an intricate mesh of Technic parts.

Raising mechanism should be gears turning on each other to add a sturdy and visually interesting component to the bridge.