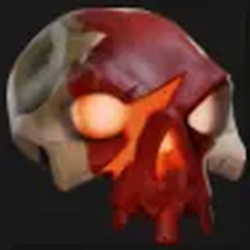 By Dark Fox
29 comments
Hi Pirates !
Nothing better than music after a long trip ! Sit with your friends in a tavern and listen to the skeleton play a fortifying music.
This music box is inspired by the videogame Sea of Thieves. Great fan of this game and knowing a number of people who might be interested, I created this music box. Originally, I created it during the Music to ear competition. After this competition, I thought it would be a good idea to offer it to the IDEAS community. This box illustrates one of the particularities of the Sea of Thieves game (the concerts between players, the music prevalent in the game ...) I tried to stay in the spirit of the original music box. I tried to give a wear effect thanks to the colors of the edges of the box. Note that the box cannot be closed and that the skeleton cannot turn on itself.