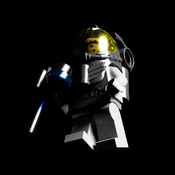 By biggakky
2 comments
After a few really lucky birthdays we ended up with three (!) of the same LEGO set, Star Wars Imperial V-wing Starfighter 7915. After playing with a fleet of three spaceships, we decided to join the pieces together and see what we could build... once inspiration had struck we started adding just a few other pieces from Atlantis, older Star Wars, Technic and Alien Conquest. The Sith Intimidator was born!
We like this relatively simple model because it has a few moving features and room for a Sith and an Astromech Droid. It also has a cool hidden function, using a light brick to ignite the booster engine. 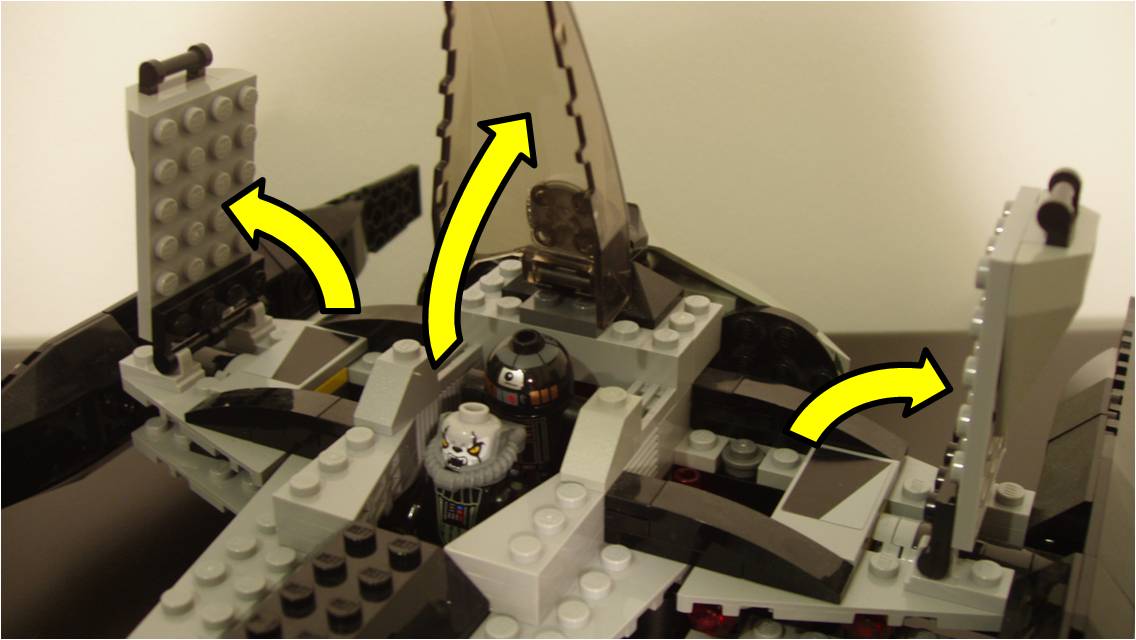 The cockpit opens to reveal the pilot's seat and flight controls plus the droid slot. The two wings are topped with inspection hatches, hinged as shown. We designed them as access to the engines but could also be remodelled to make storage space. Note the little bit of SNOT on the hatches to take advantage of some sloping bricks that suit the style. 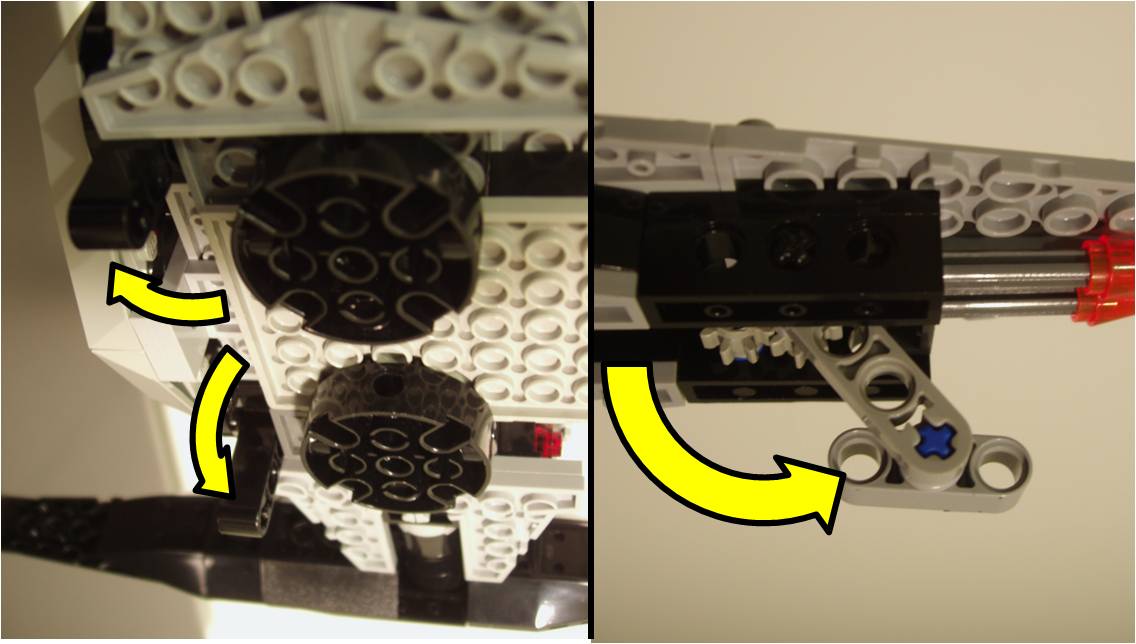 To keep the sleek, long lines of the "Intimidator" clean we have included retractable undercarriage. The front uses little cogs on blue axle pegs to stop the leg dropping out by itself (and look a little bit technical!) while the rears are simpler L-shape Technic beams on black pegs. 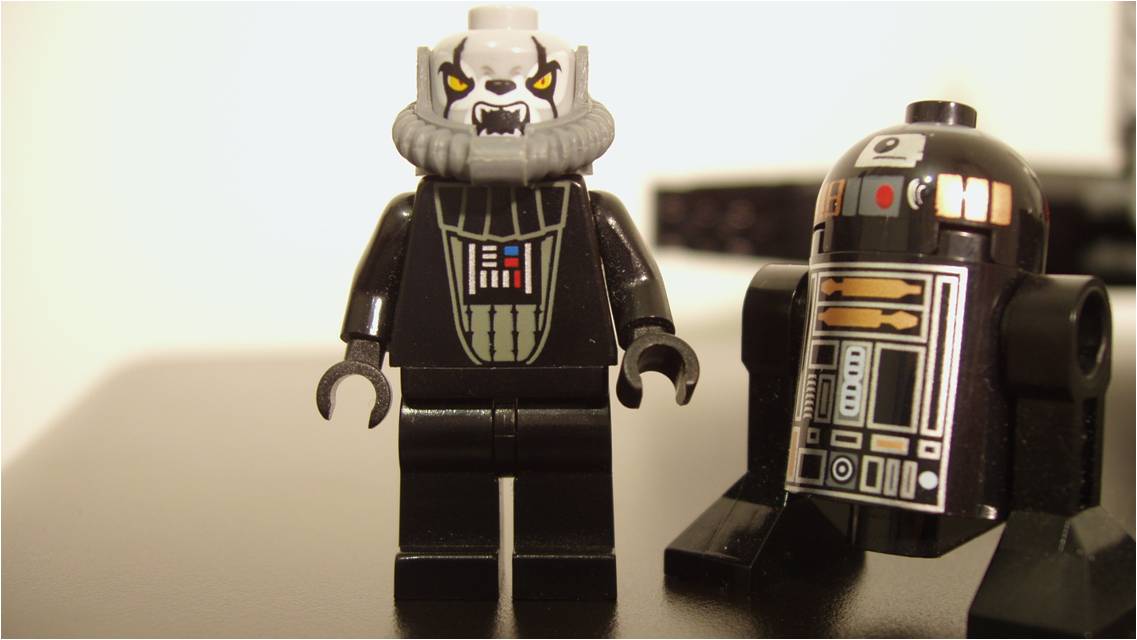 You can never have enough mean Minifigures in your Sith team so we made our own Darth Vader-inspired character. We used an old Darth Vader body with the head of a Chima wolf, finished off with a fireman's breathing apparatus to get something like the bottom half of Vader's helmet. The matching black droid is R2-Q5.

And now for the hidden function! Insert the droid, tip it back a little and watch the engines glow! 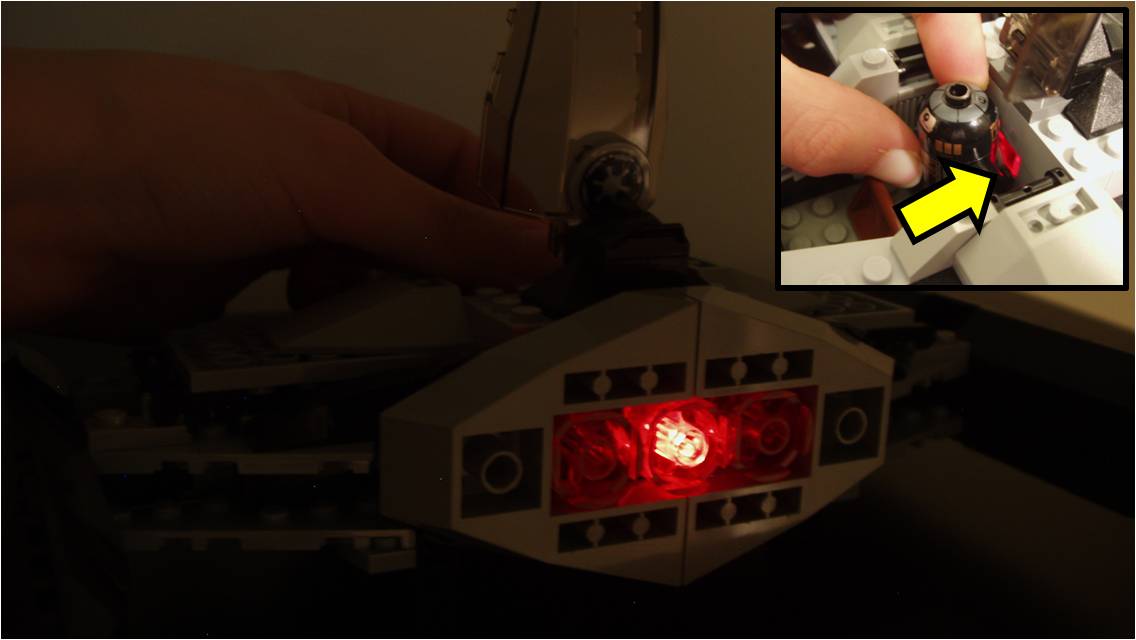 A light brick positioned in the rear of the cockpit is activated by the body of the droid when it is tilted rearwards. The leg hinges on the droid are stiff enough that it stays tilted if you want, so the engine stays on without you having to keep your fingers inside the cockpit.

We think this cool, stylish starfighter should be made into a LEGO set. If you like it too, please support it!

The success factors for LEGO would be use of carry-over bricks and a neat link with an existing theme. The size of the set is enough to feel "heavy" and solid, is Minifigure scaled and has the excitement factor of a light brick.