Disney has long had a presence in Lego products - from Duplo sets of Pooh, Mickey, and Princess to lines based on other movies like 'Pirates of the Caribbean,' 'Prince of Persia,' and 'Cars.' However, as a member of the "Disney Generation," I have always longed to see Lego sets based on some of the classic Disney animated features. "The Little Mermaid" would be a key movie to include in a line of sets based on classic Disney films! While Disney has recently released their 'Princess' mini-doll line in cooperation with LEGO, I still think a line based on classic films in the traditional LEGO form would be wonderful.

"Bargain with Ursula" is a smaller set depicting Ursula's home as Ariel saw it when she came to ask about the possibility of her becoming human in order to win the heart of Prince Eric. It is comprised of four main sections.

*I am working on rendering a photo of the updated set as seen in the cover picture to place here and give a better look at the overall set. Until that is completed, however, the old set photo gives you an idea of what the first three sections look like, as well as provides some perspective on the updates made to the set. 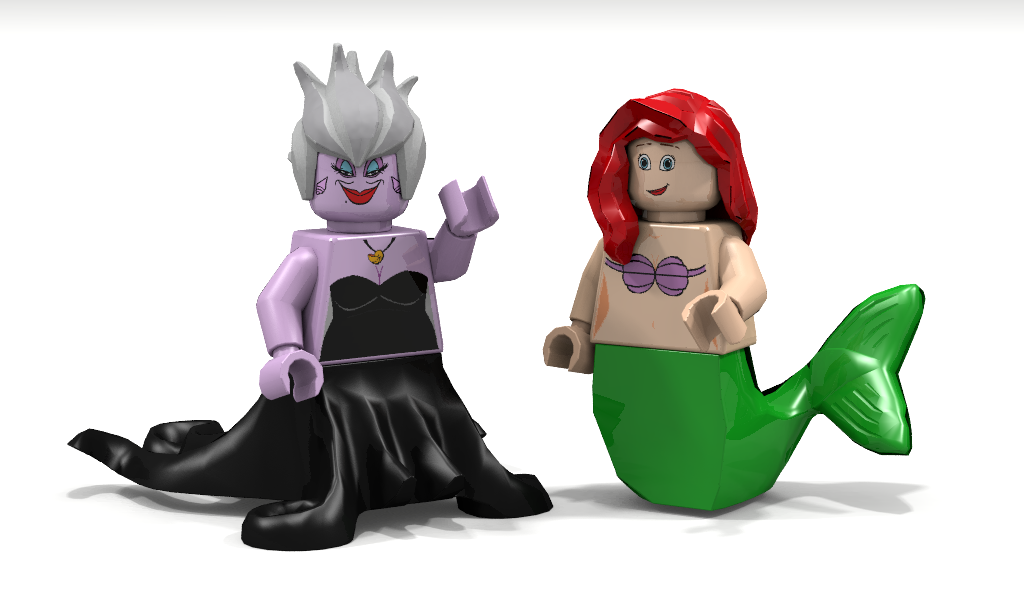 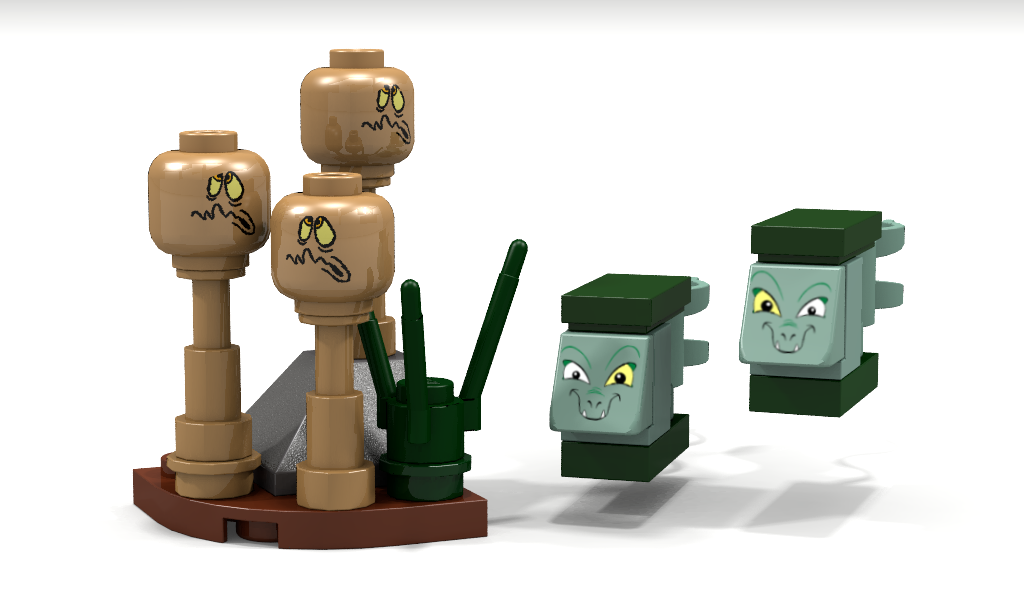 CALL FOR SUPPORT
I hope that you agree with me about the great potential that classic Disney LEGOs may have. Thank you for your interest, and please consider clicking 'Support'!

If you like this project enough to support it, then please consider what you can do after clicking "Support." Getting publicity beyond the LEGO Cuusoo website is essential for any project that hopes to make it to 10,000 supporters. You can show further support for this project by tweeting, blogging, posting to facebook, posting to tumblr, posting on Pinterest, and many other places as well. For this project in particular, posting to Disney and 'The Little Mermaid' fansites is also a viable option.